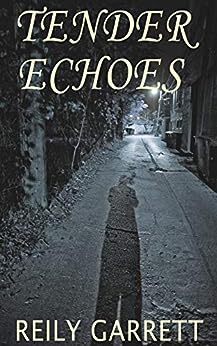 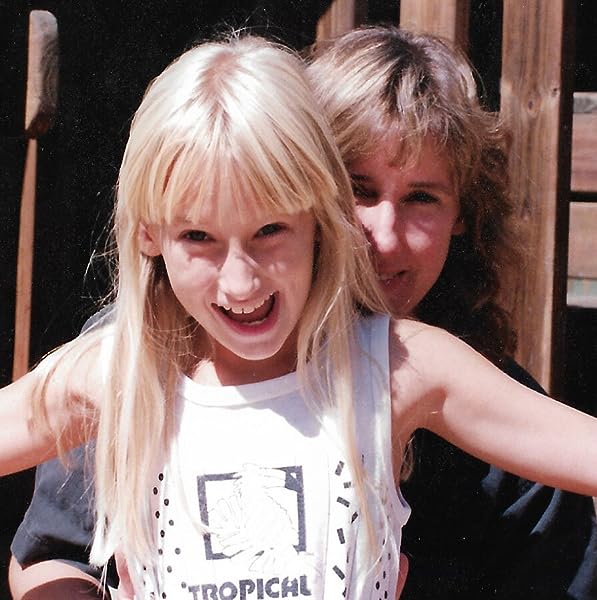 "A thrilling read that will leave you wanting more.
This was such a thrilling read. Everything that Lexi does is truly brave she reminds me of veronica mars one of my all time favorite shows. Every time she comes close to her attacker I am on the edge of my seat waiting to see what will happen, her dog is super awesome. I love books that have dog interactions." -  Brandy Paige Roberts

"Excellent Book.
I really found myself biting my nails at one point and when something really scary and exciting was taking place while our hacker was on the run and someone slammed a door in my house I about jumped out of my chair. Story was great. Characters were well played." - Angeltobe

Hook, line and sinker.... need more explanation???
"Reily's way of writing gets you involved, and knowing this is a prequel and knowing that time is of the essence for the character in this book had me doing things I do not approve of... I FAST READ SOME Parts!!!
Now don't get me wrong. I did not do it because I was bored and wanted to get it over with... I skimmed some parts because I needed to calm myself and know that it would turn out alright.
Of course I returned and read it calmly the second time!!!"  - Ingrid's book blog

Reily Garrett is a writer, mother, and companion to three long coat German shepherds. When not working with her dogs, she's sitting at her desk with her furkids by her side.

"This could be James Patterson, Lee Child, and Tess Gerritsen rolled into one, but the dark, twisted methods used by the serial killer could surprise even those readers..." - San Francisco Bay Review

Prior experience in the Military Police, private investigations, and as an ICU nurse gives her fiction a real-world flavor.

4.1 out of 5 stars
4.1 out of 5
52 global ratings
How are ratings calculated?
To calculate the overall star rating and percentage breakdown by star, we don’t use a simple average. Instead, our system considers things like how recent a review is and if the reviewer bought the item on Amazon. It also analyzes reviews to verify trustworthiness.
Top reviews

Laurie L. Reader
5.0 out of 5 stars 5 Amazing Stars
Reviewed in the United States on March 31, 2018
Verified Purchase
Author Reily Garrett starts her new series off with a bang! (Each book is a stand-alone.). Tender Echoes introduces us brothers, all of whom will have their own story. 3 of the brothers are cops and the 4th is a private investigator.
Ethan is an extremely hot detective who keeps getting anonymous tips about a serial killer. The tips are supposed to keep him ahead of the killer but unfortunately that doesn’t happen at first.
In comes our heroine, Lexi. Lexi has lead a hard life but thanks to the kindness of some people along the way she has made something of herself. But when her friends begin dying Lexi knows she needs help. Needing to stay under the radar, Lexi begins sending anonymous tips to Ethan.
While Ethan works the case within the law, Lexi crosses a line and delves into the dangerous world of the dark web.
Together Ethan and Lexi will work together to find the mastermind behind these gruesome murders.
Reily brings to life each character and takes her readers on a wild ride through mystery, suspense, danger and love.
I loved this book and since I’ve already read the next book in the series I can tell you that it’s a 5 star read as well.
Read more
2 people found this helpful
Helpful
Report abuse

Christine Terrell
4.0 out of 5 stars Great start to a new series!
Reviewed in the United States on July 12, 2017
Verified Purchase
Tender Echoes is a little, yet relatively meaty, novella that serves as an introduction to the protagonists of the new (2017) McAllister Justice series. Lexi, a young woman who was orphaned and landed on the streets after failing foster care, takes the lead in this prequel. She was taken under the wing of a group of kind “ladies of the night” who protected her and made it possible for her to escape back to a life with opportunity. She has become a crack internet hacker, a skill that comes in handy in this tale. Her prostitute saviors have come under attack by their pimp and all are too frightened to finger him. Lexi uses her skills and a large amount of courage and wits to anonymously help the cops, including McAllister and partner Larrick, bring down the perp.

These are the things I liked most about this novella: I loved getting to know Lexi, an admirable woman who plays a major role in the next book. I also delighted in her charismatic blue-eyed mongrel shepard Hoover who is constantly at Lexi’s side and is basically her partner. In addition, I really enjoyed a novel-worthy section of action and high suspense that was gripping and bodes well for future books.

All in all, this novella is a great setup for the series. Ms. Garrett has an interesting background, citing her work experience as an ICU nurse, a private investigator, and time with the military police. This gives her plenty of fodder to draw upon for her stories. I’m ready to dig in further, and the first novel of the McAllister Justice series, Digital Velocity, will be my next read.
Read more
4 people found this helpful
Helpful
Report abuse

Grady HarpTop Contributor: Children's Books
HALL OF FAMETOP 100 REVIEWER
5.0 out of 5 stars ‘I always wondered if the perverted lunatic my friends feared was you since they kept your identity a secret.’
Reviewed in the United States on September 9, 2017
Verified Purchase
Bicoastal author Reilly Garrett has been employed as an ICU nurse, a private investigator, and in the military police – all of which supplies her with the intricate and detailed knowledge from which she forges her books. She addresses issues such as man's cruelty and ingenuity for torment and torture, having witnessed the after-effects of a teenager mugged at knife point for a pair of tennis shoes, or an elderly woman stabbed repeatedly with a screwdriver for no apparent reason- all leaving an indelible impression that will forever haunt her subconscious. On the other side other spectrum of experiences she has observed a woman stopping her vehicle in severe, snowy weather to offer her own winter coat to a stranger, a teenager wearing a threadbare hoodie - life's diversities observed by Reilly are endless.

For those fortunate enough to have read DIGITAL VELOCITY, this book TENDER ECHOES is the prequel. Having read DIGITAL VELOCITY first this reader approached the prequel wondering if it could be up to the high standards. The answer is a resounding ‘Yes!’. The infectious flavor of Reilly’s writing hit us as she opens her story with the following – ‘“Jesus, Charlie. Hold on. I’ll get you to a hospital.” Lexi swallowed hard against the rising tide of acid degrading her throat’s lining as the unfolding scene corrupted her sanity. Pressure against the makeshift bandage on Charlie’s belly wound yielded a deeper crimson soaking her jacket, the provisional dressing secured by fingers encased in a thickening, sticky glove. So much blood. This could’ve been Lexi’s fate—stabbed, slashed, disfigured for all time, blood forming rivulets pooling in the alley’s filth. Maroon puddles mingled with body fluids common to alleys sheltering the homeless as if destined to couple in a macabre, virulent concoction. “R-run, Lexi. D-don’t let him make you a w-whore. I wasn’t—strong enough. Y-you were never p-part of the street life.” Trash and other filth from the narrow passageway cushioned Charlie’s bruised and battered head. One front tooth was missing, probably swallowed, while blood seeped from jagged slashes on her cheeks and brow, both career enders in the event she survived. “You shouldn’t be here. It was a mistake to text you, but the cops wouldn’t believe us girls.”

This is a mystery thriller romance and is well outlined as follows – ‘Theft of spirit is no one’s birthright. A quirk of her X chromosome furnished Alexis with an edge few others enjoyed. After fate plunged Lexi into orphan status and an intolerable foster home forced her to the streets, a group of prostitutes sheltered her from their vicious pimp. Seeing something special within, they nurtured and shielded her from their harsh reality until she could forge her own path in life. Destiny frequently takes us back to our roots. Lexi’s return journey begins when a serial killer attacks someone who’d offered her refuge in her previous life. Relying on courage and wit, she must stay a step ahead and secure evidence to free her family from a psychopathic murderer.’

Short, but tense and a terrific introduction make this a terrific novel from a writer of immense skill. This is a series to follow! Grady Harp, September 17
Read more
2 people found this helpful
Helpful
Report abuse

A quirk of her X chromosome furnished Alexis with an edge few others enjoyed. After fate plunged Lexi into orphan status and an intolerable foster home forced her to the streets, a group of prostitutes sheltered her from their vicious pimp. Seeing something special within, they nurtured and shielded her from their harsh reality until she could forge her own path in life. Destiny frequently takes us back to our roots. Lexi’s return journey begins when a serial killer attacks someone who’d offered her refuge in her previous life. Relying on courage and wit, she must stay a step ahead and secure evidence to free her family from a psychopathic murderer.

What did I like? Lexi is my little hero and it is awesome her courage in trying to make things right and pay back a little of the kindness that was shown to her when she needed it so much.

What will you like? Mystery, Thriller, Action, Adventure, Murder, Psychological thriller, and romance. The action is fast and tense with Lexi and the McAllister boys right in the mix of things. This will give you the beginning of Lexi’s story and how she fights a serial killer.
Read more
Helpful
Report abuse
See all reviews

Melissa Killingbeck
4.0 out of 5 stars Engrossing prequel
Reviewed in Canada on February 5, 2018
Verified Purchase
Tender Echoes is a short, action packed novella and prequel to the McAllister Justice Series. Lexi lives on the streets and is taken in by a group of prostitutes. When the unthinkable happens to one of her protectors Lexi puts her computer hacking skills to work and anonymously helps the police. Tender Echoes sets up the characters for the McAllister Justice Series and leaves you wanting more.
Read more
Report abuse
See all reviews