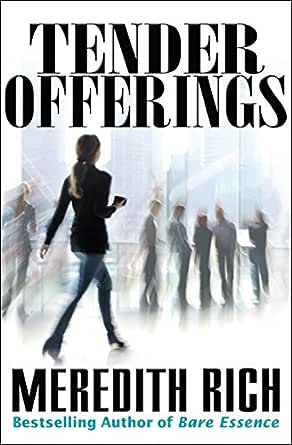 You've subscribed to Power and Pleasure! We will preorder your items within 24 hours of when they become available. When new books are released, we'll charge your default payment method for the lowest price available during the pre-order period.
Update your device or payment method, cancel individual pre-orders or your subscription at
Your Memberships & Subscriptions
There was an error. We were unable to process your subscription due to an error. Please refresh and try again. 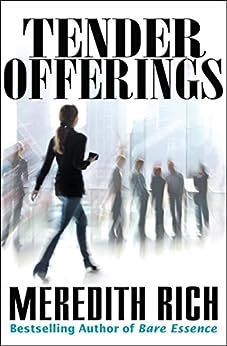 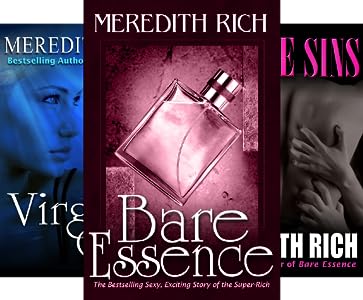 Under the pseudonym Meredith Rich, Claudia Jessup is the author of five novels including Bare Essence, which was made into a CBS television miniseries and an NBC weekly series.

Under her own name, Jessup has written three editions of the perennial favorite The Woman’s Guide to Starting a Business and has written and edited myriad nonfiction books and articles for major magazines.

A former Virginian and New Yorker, Jessup lives in Santa Fe with her husband, Jonathan Richards, a writer and political cartoonist. and is the mother of two daughters. She is a member of the Author’s Guild, PEN Center USA West, PEN Center New Mexico, and SCBWI.

From popular author Rich ( Bijoux ) comes this retro romance set in the world of big business. An attempt to rekindle the flames that set fire to the go-go '80s, this high-stakes intrigue is rife with corporate takeovers, rampant greed, corruption, social climbing, excessive materialism and power lust--but somehow the embers don't ignite. Ambitious Sheila Lockwood, a 34-year-old single mother, subscribes "to the time-is-money theory"--and she's a "power dresser" to boot. Sheila is hired by Covington International, a company ripe for takeover, to revamp their corporate image. Among those vying for control of Covington are a possibly traitorous executive, the company's golf-playing CEO and a venal corporate raider. These stock characters come complete with entourages: for the men, wives and mistresses, sycophantic or adulterous; for Sheila, one reliable assistant, who's a gay male, and an unreliable one, a catty, alcoholic female. Other characters include corporate spies, an unlikely English noble, squabbling siblings and a spell-casting "hoodoo queen." As the battle for Covington rages, Sheila is reunited with the father of her child, mentors are betrayed by their proteges and readers learn more than they probably wanted to know about the lives of amoral vulgarians.
Copyright 1994 Reed Business Information, Inc. --This text refers to an alternate kindle_edition edition.

Sheila Lockwood, owner of the image-building company V.I.P., gets more than she bargained for when her brother-in-law arranges for her to pitch to lucrative Covington International. What begins as the answer to her financial problems quickly becomes a political and personal mess when corporate raiders R.C. Diamond and Edgar Schultz go after Covington in separate takeover attempts. Sheila also becomes enmeshed in internal politics as President Jeremy Welsh and CEO Randolph Pinckny vie for control of Covington. Sheila unsuccessfully tries to juggle her work in Atlanta and her home life in Los Angeles, where her boyfriend soon tires of a commuting relationship. Then handsome actor Yale Hollander, the unknowing father of Sheila's daughter, becomes a spokesperson for Covington. An entertaining novel with some surprises by the author of Rare Essence (Fawcett, 1982), this will make for good summer reading. Recommended for public libraries.
--Heather Blenkinsopp, Mercy Coll. Lib., Dobbs Ferry, N.Y.
Copyright 1994 Reed Business Information, Inc. --This text refers to an alternate kindle_edition edition.

The wild world of high-finance corporate takeovers is the setting for Rich's (Bijoux, 1989, etc.) latest novel, and it is peopled with leggy, slim women and rich, attractive men. Intrigue, money, betrayal, adultery are all ingredients in this frothy confection. Single mother Sheila Lockwood, originally from Atlanta and now an LA transplant, returns to Atlanta, charged with the task of revamping Covington Industries' image for the '90s (by making it a more environmentally conscious business). While Sheila works on the corporate makeover, a gallery of moneyed and greedy players battle for control of the Atlanta-based company. The avaricious cast includes R.C. Diamond, a billionaire who wants to acquire Covington for the sheer thrill of it; Covington president Jeremy Welsh, who covets his boss's job; Edgar Schultz, a high-powered New York raider who wants to prevent his estranged brothers from acquiring the company. While Covington Industries is being pulled this way and that, Sheila's personal life is also undergoing myriad upheavals: Her brazen assistant Kathleen is obsessed with good- looking Jeremy and dangerously jealous of Sheila's close working relationship with him; her parents are pressuring her to move permanently to Atlanta; her daughter's father, TV heartbreaker Yale Hollander, reappears and is eager to resume their relationship after a six-year hiatus; and her fianc‚, screenwriter Tom Rivers, breaks their engagement after Kathleen lies to him about Sheila and Jeremy's relationship. Sheila is a likable, though enigmatic, heroine; unfortunately, the other characters are too sketchy and never develop much in the way of personalities. Rich's writing is generally mundane, often enlivened by such unintentionally funny lines as ``Her self-esteem is near zero.'' Hackneyed but entertaining. -- Copyright ©1994, Kirkus Associates, LP. All rights reserved. --This text refers to an alternate kindle_edition edition.
Read more

Barbara Flicker
5.0 out of 5 stars Meredith Rich Captured my heart six books ago!
Reviewed in the United States on May 3, 2014
Verified Purchase
I've read all five of Meredith Rich's Novels: Bare Essence, Bijoux, Little Sins, Tender Offerings, Virginia. Ms Rich seduced me in Bare Essence. I found it to be sensual, smart, and witty. This author creates well rounded characters who come off the page and engage you. And oh, what they do to you! Warning! Ms Rich's book are addictive. My three decades in Hollywood writing and directing films "The Present's Analyst", and TV. I created the "Barney Miller TV series, were years of constant searching for the next project. I read a lot of rotten books. And I read a lot of good books which is where I met and fell in love with Meredith Rich's novels. You would do well to share that experience with me.

Camandari
5.0 out of 5 stars Ms. Rich rocks!
Reviewed in the United States on March 1, 2013
Verified Purchase
A pageturner, yes, but I found the characters all compelling, full of quirks and foibles, so I wound up being touched by their vulnerabilities & buoyed by their bravado.
Read more
2 people found this helpful
Helpful
Comment Report abuse

gaylehal
5.0 out of 5 stars A Powerful Offering
Reviewed in the United States on July 27, 2012
Sheila Lockwood is unquestionably one of Meredith Rich's best heroines ever, and that's saying a lot because her female characters are always strong, complex and interesting. But this time she has created a character who is also insightful while facing what seems like impossible odds. I loved this book and read it twice because the first time I couldn't put it down because I had to find out what happened. Then I read it at a more leisurely pace in order to fill in some blanks that I had missed. Both readings were fun and worthwhile. Get this book now!
Read more
One person found this helpful
Helpful
Comment Report abuse

Jonathan Richards
5.0 out of 5 stars TENDER IS THE FIGHT
Reviewed in the United States on July 15, 2012
Meredith Rich writes heroines who are tough and tender, passionate and powerful, women who know their way around a board room and can hold their own in a boudoir. That they make mistakes in both along the way is a strong part of their appeal. Rich makes them human, but makes them people we want to know, and want to emulate. In her fifth novel Rich has created possibly her most complex character, and gotten her into a fine mess. Don't pick up a Rich novel if you're not prepared to settle in for an uninterrupted read.
Read more
One person found this helpful
Helpful
Comment Report abuse
See all reviews from the United States