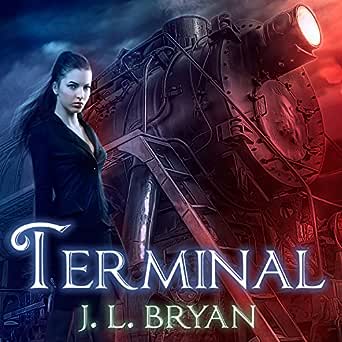 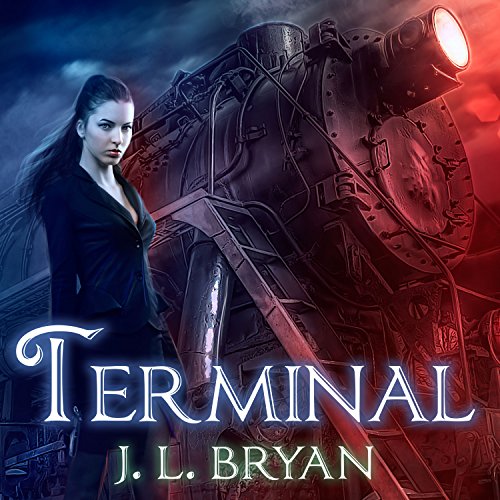 4.7 out of 5 stars
4.7 out of 5
254 global ratings
How are ratings calculated?
To calculate the overall star rating and percentage breakdown by star, we don’t use a simple average. Instead, our system considers things like how recent a review is and if the reviewer bought the item on Amazon. It also analyzes reviews to verify trustworthiness.
Top reviews

Amazon Customer
5.0 out of 5 stars Interestingly unpredictable
Reviewed in the United States on October 7, 2020
Verified Purchase
JL Bryan has a unique approach to ghost & paranormal “reality”. I have always been fascinated by books, movies & documentaries involving “other worldly” phenomena. He has found an intense way to bring all this together into story line that continues to evolve. His, books in this series, continue to have just enough focus on things which all those interested in ghost stories or the paranormal world could find interesting. It’s actually more fun, from my standpoint, as there is always a significant level of disappointment after watching a “ghost hunting” documentary and wishing more legitimate evidence had been uncovered. Therefore the fantastic aspect of his writings here fulfills that need. He has a smooth, creative way of interweaving all those things, that makes a story appeal to a wide range of people, come together & be just on the very edge of believable, even though it’s clearly fiction. The subject matter seems to come from content which involves topics everyone has seen something about before. However, he has a brilliant way of creating a completely different “spin” on the subject while still providing all the classic content that makes a story timeless. It doesn’t matter what your age is, or how much you believe in ghosts, the story will still be fun to read because he doesn’t neglect any of the content, that classic “story telling” requires for it to withstand the test of time. You can be guaranteed, that something you have never considered, will to come to mind, from his chosen subject matter. His reading is just fun!
Read more
Helpful
Comment Report abuse

Gerania
3.0 out of 5 stars Prefer More Yin
Reviewed in the United States on May 28, 2020
Verified Purchase
Kinda lost interest with this installment. My least favorite aspect of mysteries is when characters go on too long about their theories of the crime, which comes across as padding the book. In Terminal the characters interminably discuss all possible permutations of the hauntings until my eyes glazed over. Ellie was emotionally flat; emotional complexity is lacking overall. The main conflict apart from the hauntings is a threat to the ghost-busting business. In short, it's more clear than in previous installments that this is written from a male perspective. Nothing wrong with that, it's just my preference for more character-driven plots with richer emotional components.
Read more
Helpful
Comment Report abuse

Amy Goebel Padgett
TOP 1000 REVIEWERVINE VOICE
5.0 out of 5 stars Another great book in the ghost trapper series
Reviewed in the United States on October 15, 2015
Verified Purchase
I love these ghost trapper stories and this one continues the fun series. In this book, Ellie is hired to help a family who have purchased a house in a started but soon abandoned housing development. As Ellie investigates, the problems lead her to a ghost train and an old mystery. I don't want to say too much because I don't want to give away all the surprises and twists.

These books are so much fun because you get the thrills of an old-fashioned ghost story combined with a mystery as Ellie has to find out what happened so she can send the ghosts on their way. They are loads of fun to read and really perfect for people who like a spooky story without a lot of gore and bad language. I can always read these, knowing I won't run across anything I wish I hadn't read (if you know what I mean). This isn't much of a review, but if you like ghost stories, I would definitely recommend this series.

Andrea
5.0 out of 5 stars Excellent!! Highly recommended
Reviewed in the United States on March 4, 2018
Verified Purchase
Terminal is the fourth book in the Ellie Jordan, Ghost Trapper series, but it can be read as a stand alone as sufficient clarification of terms and ghost busting methods are being shared.

This story was VERY good and fascinating. Crazy spooky stuff happened on top of Ellie’s emotional (reading ‘love-life’) and professional issues. The interactions were again funny and witty. The plot was well thought out and expertly told. The haunted railroad, its history as well as Ellie’s daring solution to get rid of the evil and lesser evil entities were totally interesting.

Another Trapper Novel I can recommend if you devoured the previous books like I did. (I would’ve preferred a little more interaction between the two love birds … but that’s just me. Ellie and Michael’s initial awkwardness was really cute in the previous novel.)

Kindle Customer
5.0 out of 5 stars I really love this series!!
Reviewed in the United States on August 10, 2019
Verified Purchase
Another extremely entertaining and enjoyable
addition to this series. Great story line and
absolutely enjoyed the ghostly mystery behind
the story. Characters are great and as with the
other books in this series it really held my
attention, which is what I definitely look for in
a good book. I will most assuredly keep up with
this series!!!
Read more
One person found this helpful
Helpful
Comment Report abuse

fraxillina
5.0 out of 5 stars A great addition to the Ellie Jordan series
Reviewed in the United States on March 7, 2020
Verified Purchase
This is the fourth book in the series, of which I have also read and enjoyed Books 1-3. It is a worthy addition to the series. Ellie's narration continues to be sarcastic and a little wistful, a nice combination that keeps it from being overdone, and Stacey continues to exasperate and delight. Michael is a new character who might--could it be?--become a romantic interest for Ellie...if she doesn't mess it up by being too defensive and lone-wolf-ish.

The plot is good, the writing tight, the characters interesting...what's not to love? Overall I enjoyed this book and I am looking forward to reading more books in the series!
Read more
Helpful
Comment Report abuse

Kindle Customer
5.0 out of 5 stars An Awesome series.
Reviewed in the United States on March 3, 2020
Verified Purchase
Oh, these are the kinds of books that make my day. Awesome stories, great characters, and extremely well crafted writing.I

i found this series online, downloaded the first three books and as soon as I read them I ordered the print copies for my local library to share the goodness.

This book was awesome also. A ghost train, ghostly robbers, a banshee, and my favorite of it all, Ellie. Stacey irritates me a bit for some reason, but I will put up with her character in order to live the goodness that are these books.
Read more
Helpful
Comment Report abuse
See all reviews

S. Duncan
3.0 out of 5 stars Okay, but not as brilliant as the first three.
Reviewed in the United Kingdom on August 6, 2015
Verified Purchase
As much as I love the Ellie Jordan books, I was disappointed by this one. The strongest point of these books is the plot, the mystery and this book fell short in comparison to the previous three. It's an interesting overall story about a haunted housing estate, but it just did not hang together as well as the others.

There are some gaps in the story that bothered me. For example, there is an encounter between Ellie and a large number of ghosts in a basement, there's a silent face to face and then it just gets forgotten, not mentioned again. Since EVP had already been used, I thought there might be follow up using this, but there isn't. There's also a lack of interaction with 'the clients' towards the end of the story. I was always rooting for not only Ellie, but the clients as well by the end of the other three stories, but this one felt like they were remote from the end of the story and it left me dissatisfied.

I'm only making a supposition here, but I think the gaps and the remoteness of the story are down to the fact that, as has been the case with the other stories, J. L. Bryan is going bigger with the ghosts, but rather than making an individual spectre more dangerous, he has gone with more ghosts instead, and he's opened the 'stage' of the story out from one house to a large area of country. That created a separateness for me from the people in the story and there were too many moving parts for the plot to keep track, too many ghosts, not really enough resolution.

I also found the climax this time a bit too OTT.

There are lots of good ideas in this story - J.L. Bryan's take on a banshee, which had potential, making deals with hostile ghosts, a mixture of bad guys, but there were so many that none really bore fruit.

I hope the next book focuses back down. This is an okay story, but not a great one like the rest.
Read more
One person found this helpful
Report abuse

AliL
5.0 out of 5 stars 4th Ellie Jordan Ghost Trapper - She's got me hooked - again!
Reviewed in the United Kingdom on August 13, 2015
Verified Purchase
4th book in the Ellie Jordan Ghost Trapper series. Once again as with the three previous books, started it, became engrossed and had to finish it.
I love this type of book, a paranormal/supernatural/ghost mystery series that's easy to read, not full of too much gore, but has enough tense moments they keep me hooked.
The main characters are developing well, the author has even included a few lighter moments in this latest book. Wish I could find a few more authors who write good books in this genre. For some reason Amazon has trouble listing books in this category! ;-)
I found this author by chance on the free kindle books list, while searching for authors similar to the fantastic Phil Rickman, author of the Merrily Watkins series.
Having now read all the books in the Ellie Jordan series, I am waiting on the next book to come out in October 15.
If you like this type of book, for the price, they are well worth a try.
Read more
Report abuse

Kindle Customer
3.0 out of 5 stars A bit boring
Reviewed in the United Kingdom on October 15, 2019
Verified Purchase
I just couldn't get into this one, I found it quite boring in the first few chapters. I persevered and read it all and I would say the last few chapters were better. The first three books were really good.
Read more
Report abuse

Netster
5.0 out of 5 stars Ghost Train
Reviewed in the United Kingdom on May 25, 2015
Verified Purchase
This was a fabulous book....4th in the series...the characters have all developed nicely now....we know their personalities and their quirky natures...it was quite sad in places but quite frightening too...just about the right amount of fright for me...the history and troubles of the railroad were informative and interesting...I like how she always mixes the story with a bit of history too...cant wait for the next book
Read more
Report abuse