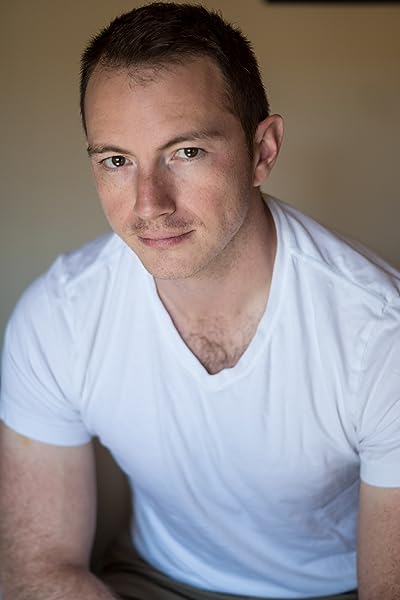 "The Marine Corps likes to present itself with dutiful seriousness. Terminal Lance is a counterpoint to that. It is a tribute to the service's permanent underclass, the young grunts who are too weary to feign enthusiasm anymore."
―New York Times

"Uriarte is the Bill Maudlin of millennials. His comic is earthy, cynical and profane, as anyone who has spent time around enlisted Marines would expect. But he also is surprising in his views. He is, for example, scathing about veterans who wail about how gays and women have ruined the Marine Corps.... [This] is probably the best book about Marine Corps culture in decades."
―New York Times Book Review

"Hilarious.... A winking self-awareness and compassion for the daily drudgery of the grunt's life make his collection more than a mere peek into a troop's insider experience--he's poised to become a Bill Maudlin for the social media generation."
―Publishers Weekly

"Terminal Lance is true and vital and hilarious."
―Houston Chronicle

"A clear-eyed view of life as a grunt.... The strips, drawn in a simple, unadorned style, sardonically depict the near-daily tribulations and occasional pleasures of military life.... A rare opportunity for those on the home front to get a sense of the true concerns and feelings of those deployed overseas."
―Booklist

Praise for The White Donkey:
―-

One of Barnes & Noble's Best Comic and Graphic Novels of 2016

"It was 2010 when Uriarte, a lance corporal in the Marine Corps, created the online comic 'Terminal Lance,' which swiftly developed a fan base. Using some of the same characters, he created a more serious and involved graphic novel, THE WHITE DONKEY, based on his 2007 deployment in Iraq."

"Combines a casual, straightforward dramatic style with clear, no-frills art that draws readers into his characters' everyday experiences and then wallops them with the tragedy of ordinary life...Both respectful to the military and its role and sympathetic to the delicacy of the young soldiers, the story's power lies in a middle-ground view of the ongoing social conflict, seeking to bridge understanding on both sides."
―Publishers Weekly (starred review)

"In many ways, The White Donkey is one long illustrated deployment journal.... Yet, tucked into the panels and frames, are those singular moments that, like a rock cast into a pond, send their ripples out almost infinitely-altering lives and ending others. The White Donkey follows the tremors, backwards and forwards, and manages to illustrate what feels like a 'true' war story and a lonely chapter in a war our country is trying desperately to forget."―The Washington Post

Infantry Marine and Iraq veteran Maximilian Uriarte is the creator of the hit comic strip "Terminal Lance." Uriarte enlisted in the United States Marine Corps in 2006 at the age of 19 and served for four years. During his first deployment to Iraq in 2007 he served as an MRAP turret gunner and dismount of India Company's "Jump" platoon in the Zaidon region southeast of Fallujah. He deployed to Iraq again in 2009 as a billeted Combat Photographer and Combat Artist, then enrolling in California College of the Arts. He is the author of The Terminal Lance Ultimate Omnibus, White Donkey, and Battle Born.
Start reading on your Kindle in under a minute.

4.9 out of 5 stars
4.9 out of 5
53 customer ratings
How does Amazon calculate star ratings?
Amazon calculates a product’s star ratings based on a machine learned model instead of a raw data average. The model takes into account factors including the age of a rating, whether the ratings are from verified purchasers, and factors that establish reviewer trustworthiness.
Top Reviews

Ichimutsu
5.0 out of 5 stars Made a GREAT Birthday Gift
Reviewed in the United States on September 7, 2018
Verified Purchase
My boyfriend LOVES this comic artist/veteran, and he was showing me this book at a bookstore on my birthday. I'm fully aware that I unintentionally seem as though i'm not paying attention a lot of the times (which I actually do feel real horrible for), but I had made a mental note on which comic strip he showed me in the book sp that I could get the exact one for HIS birthday. When he opened the gift and saw the book in front of his entire family, he went ballistic and started going around to his entire family, showing off the book and some of his personal favorite strips- Even to one of his brothers that's in the military.

For anyone that's in the military since it has most to do with the military people to make understanding connections, it for those with family in the military that also likes this artist/veteran, this is defiantly a good gift to give!

J. Tinsley
5.0 out of 5 stars Truth and Humor in comic book form.. buy this
Reviewed in the United States on May 18, 2018
Verified Purchase
I’ve been following this web comic for years and it’s perfect in its absurdity. Truth is inherent wherever you find it, and the fact that this is a comic strip makes the truths contained within no less poignant.

And since my fellow Marines might be reading this..

Hey man, it’s funny as gosh-darn heck.. he talks mad doody and it’s like he knows what it’s like. But this poopy is hilarious.

Amazon Customer
3.0 out of 5 stars Mildly entertaining
Reviewed in the United States on July 26, 2019
Verified Purchase
This comic is mildly entertaining. His constant bashing of any rank above E-4 made the whole thing very boring very quickly. I finished the book in three days mostly cause I paid good money for it plus it's like a traffic accident you cant stop looking.
Read more
2 people found this helpful
Helpful
Comment Report abuse

Aaron Sikes
5.0 out of 5 stars Insider's view into the life of the United States Marine Corps' Lance Corporal
Reviewed in the United States on December 15, 2018
Verified Purchase
Whether you think they're the most cherished or the most reviled (or both), the Lance Corporals' view of life in the Corps is nowhere better presented than in these collected strips. Take everything you think you know about them from Hollywood movies and toss it out the window. This is USMC life written and illustrated by a man who lived it.
Read more
Helpful
Comment Report abuse

Romain
5.0 out of 5 stars Funny Documentary on Modern USMC
Reviewed in the United States on August 1, 2018
Verified Purchase
Great book to reminisce about my time in the Marine Corps. I was also stationed in Hawaii, so even the life on MCB Hawaii jokes were relevant to me.

The explanation for some the strips are great and true. I share them with my wife who was never associated with military life, and she gets the jokes and issues. Marines getting married to move out of the barracks, or being terrible at financial management are all things I remember having similar observations about.

krytios
5.0 out of 5 stars Buy the book
Reviewed in the United States on April 29, 2019
Verified Purchase
Since Amazon apparently is unable to understand context, I had to rewrite this review.

Max, who is the author of this book, delivers (aka portrays his content for sale) flawlessly as usual.

Daniel J.
5.0 out of 5 stars Great laughs for Marines
Reviewed in the United States on April 26, 2018
Verified Purchase
I've enjoyed the Terminal Lance comics ever since i was still a Lance Corporal myself. The humor is relevant and on point even now, years after ending my active service. This compilation is well put together and brings back a lot of memories. Highly recommended for any Marines or Marine Corps veterans.
Read more
One person found this helpful
Helpful
Comment Report abuse
See all reviews from the United States

Mr. M. Barrett
5.0 out of 5 stars One of the funniest books!
Reviewed in the United Kingdom on September 22, 2018
Verified Purchase
As a Brit, there's a few bits I don't understand, but as a serving soldier i get the humour, and can relate! A fine effort from across the pond!
Read more
Helpful
Sending feedback...
Thank you for your feedback.
Sorry, we failed to record your vote. Please try again
Report abuse

Jman2345
5.0 out of 5 stars A great gift for someone you know in the military.
Reviewed in the United Kingdom on July 28, 2018
Verified Purchase
Love this collection. Informative, touching and funny as hell.
Read more
Helpful
Sending feedback...
Thank you for your feedback.
Sorry, we failed to record your vote. Please try again
Report abuse