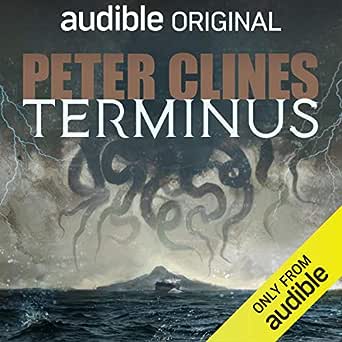 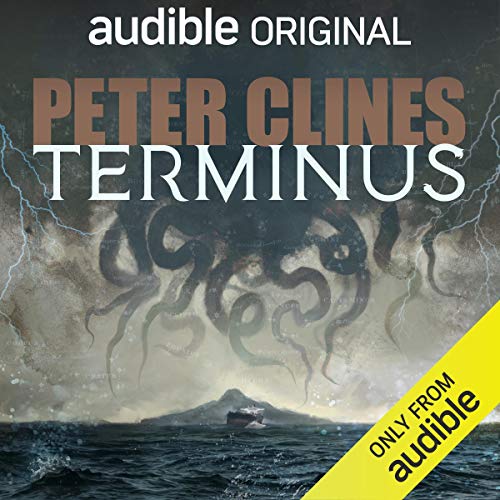 tom_in_co
5.0 out of 5 stars Amazing addition
Reviewed in the United States on February 10, 2020
Format: Audible Audiobook
After having been captivated by Mr. Clines' 14 I was somewhat nervous about The Fold. I should not have been. The second book is not so much a sequel as it is a follow-on that amplifies the first book- and it is amazing. So... you can imagine my trepidation while waiting to see if he would write a third volume dealing with the 14/Fold universe and whether it would live up to the standard he had set. I will admit that Dead Moon, while a well-written book was something of let down- I *thought* it might be the hoped for third book, but alas no. This should not deter a potential reader, but it was most definitely not what I had hoped for. Which brings us to Terminus. Here it was: the longed for third book. Would it hold up? Answer any questions raised at the end of the first two stories? I almost didn't want to listen as the risk of disappointment seemed insurmountable. In the end I decided to give it a go- after all Ray Porter was narrating. :) I should not have lacked faith. Mr. Clines has delivered again- brilliant plotting, great narrative... nail biting tension in parts (at least for me). Now I have to wonder "what next Mr. Clines? What next?" I look forward to finding out. 5 stars.
Read more
3 people found this helpful
Helpful
Comment Report abuse

FanFiAddictTop Contributor: Fantasy Books
5.0 out of 5 stars Cosmic Horror At Its Finest
Reviewed in the United States on February 6, 2020
Format: Audible Audiobook
Rating: 9.0/10

Thanks to the publisher and author for a listening copy of Terminus (Threshold #4) in exchange for an honest review. Receiving this LC did not influence my thoughts or opinions on the novel.

Terminus is cosmic horror at its finest, both on the small scale and the large. A great mix of characters, Lovecraftian mythos, and alternate realities make this a go-to for anyone who has enjoyed the Threshold series up to this point, or even those looking for a creature-feature on more of a god-like scale.

You know, it has been a WHILE since I read The Fold (Threshold #2) – almost 5 years in fact -, and even without having read 14 (Threshold #1) and Dead Moon (Threshold #3), I don’t feel like I missed out on a single thing going straight into Terminus. I read through some of the early reviews and they seemed to relay this same sentiment, though having read 14 would’ve given me a little more perspective as some readers tout this as its direct sequel.

Clines does a great job working with multiple story-lines, bridging the gap between all of the characters and their eventual rendezvous. While we are given glimpses into their pasts and can see motivations behind their actions, the cast is still fairly surface, but honestly, it doesn’t detract from the overall story being told here. If I had to pinpoint something to compare it to, I would have to say Godzilla: King of the Monsters. While you may think me crazy, check out Terminus for yourself AND THEN tell me I’m wrong.

Sort of hard to talk about the actual story without spoiling the listen for you, but I definitely recommend checking it out. Ray Porter, as always, does a fantastic job with the narration. Most of the way through, I seriously thought it was Seth MacFarlane jumping in, which I guess it sort of a compliment/maybe not? Ray can reach out and berate me if I’m out of line.

Karen
5.0 out of 5 stars Non-stop action / fabulous performance by Ray Porter
Reviewed in the United States on February 11, 2020
Format: Audible Audiobook
Peter Clines is back with another incredible book in his Threshold world. As I started listening to Terminus, I very quickly realized how very much I had missed this series, and just as important, Ray Porter’s performance of this series.

You really should have read at least 14, and probably The Fold, before reading this one. Especially 14. Dead Moon is also set in this same world but I’m not quite sure how it fits in yet. I wish I would have reread the prior books before starting a threshold. With that said, as soon as I finished Terminus, I started a reread of 14, and will most likely binge read The Fold and then Terminus again.

I seriously am not ready to leave this world, or Ray Porter, right now.

I have been waiting for Terminus to release ever since I stood next to Peter Clines at Phoenix Fan Fusion 2 years ago at a charity event and listened to him tell me about the book he was currently working on that was in the same world as 14 and The Fold and that there’d be some overlapping characters. I was drooling!! And I’ve been drooling ever since! But, wow, it was worth every minute of the last two years.

I loved Terminus!! I don’t want to give up any of the many surprises, so suffice it to say that it was non-stop action and I need to reread the entire series right now!!
Read more
One person found this helpful
Helpful
Comment Report abuse

Miss Barbara
TOP 100 REVIEWERVINE VOICE
5.0 out of 5 stars another winner from Peter Clines
Reviewed in the United States on February 9, 2020
Format: Audible Audiobook
I have this book on audio to listen to while I lay in bed at night. This is NOT a comforting bedtime story that will lull you into sleep. Instead it's white knuckle ride through the nightmare-scape that Peter Clines is so good at. I've enjoyed both 14 and The Fold prior to this one and feel reading them first adds to the overall story but it's certainly not necessary. My brother listened to this as a stand alone and had no problem following the plot or character development. The story moves quickly along and the characters are well sculpted. The narrator is one of the best out there. Kudos. Another winner from Peter Clines.
Read more
One person found this helpful
Helpful
Comment Report abuse

Todd (Toad) Vogel
5.0 out of 5 stars Awesome!
Reviewed in the United States on March 10, 2020
Format: Audible Audiobook
I was almost hesitant to get this book. I absolutely loved 14 and The Fold. When Dead Moon was released last year I was excited! Although it was an okay book, I still feel that it doesn't fit well with the series and that made me wonder how Terminus would fit into the series. After seeing a few good reviews from friends, I have it a try. It fits perfectly into the series! If I can forget Dead Moon happened, this is one of my favorite sci-fi series! It even brings in a few familiar characters from earlier in the series!
Read more
Helpful
Comment Report abuse

frank crossett
5.0 out of 5 stars Another great one
Reviewed in the United States on February 7, 2020
Format: Audible Audiobook
Well, Clines did it again. I can't get enough of the world he created. Don't get me wrong.. I'd love to see some more superhero stories from him, but the threshold world will do in a pinch. Get this book, you won't be disappointed.
Read more
Helpful
Comment Report abuse