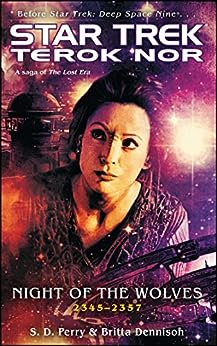 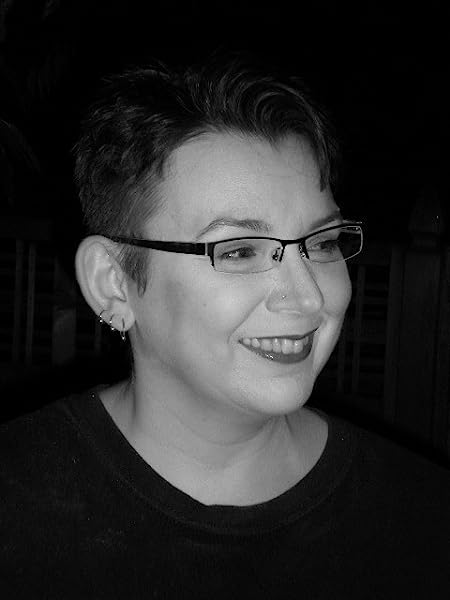 S. D. Perry is a novelist living in Portland, Oregon.  She is currently lives with her husband, Myk, her two children Cyrus and Myk Jr, and their two dogs. She mostly writes tie-in novels based on works in the fantasy/science-fiction/horror genre, including Resident Evil, Star Trek, Aliens and Predator. She has also written a handful of short stories and movie novelizations. Her favorite Star Trek series is the original series, with her favorite characters being “The Big Three”—Kirk, Spock, and McCoy.

James D. Crabtree
5.0 out of 5 stars The Occupation of Bajor writ large
Reviewed in the United States on September 10, 2020
Verified Purchase
In this volume of the Terok Nor series we see the nature and repercussions of the Cardassian occupation of Bajor and the exploitation of its resources. Seen through the eyes of many players (many of whom will be familiar to aficionados of Deep Space 9) the story is a good one. It comes alive and the different viewpoints provide depth and space to the narrative. Well worth the read.
Read more
Helpful
Report abuse

Roberdeax Wheat
4.0 out of 5 stars Very slow at first, then improves. Be patient
Reviewed in the United States on January 24, 2021
Verified Purchase
The book had far too many characters making the first hundred pages quite dull. Afterwards the story improves and becomes a delightful read. Contains much history of Kira Nerys and Ro Laren not previously found. I did not read the first in the series as my primary purpose was to learn more about Ro Laren. Recommend.
Read more
Helpful
Report abuse

ally
5.0 out of 5 stars Provides good Backstory
Reviewed in the United States on August 11, 2020
Verified Purchase
Some of my favorite character's are covered in this book. We get a good back story on Ro Laren, Odo, and on Natima Lang. It's a bit slow in the beginning but its a good read if your fan of the Series.
Read more
Helpful
Report abuse

T'Pau, High Priestess of Logic
5.0 out of 5 stars The Plot Thickens...
Reviewed in the United States on June 2, 2008
Verified Purchase
The second book in the Occupation of Bajor series is set twenty years after the Cardassians had first arrived on the planet. Bajor is now completely (except for pockets of resistence fighters) annexed and conquered by the Cardassians, and we see how Dukat (now a Gul) became Prefect and overlord of the Bajoran people. We also met several familiar characters for the first time: Damar (Gul Dukat's right hamd man), the future Kai Opaka (it's a very interesting backstory about how her teachings led to a schism in the Bajor faith and about how the people gradually abandoned the rigid D'Jarra system), Ro Laren (whom viewers will remember as the first Bajoran introduced to Trek fans via The Next Generation), Odo (we get to see his early days in a Cardassian-Bajoran lab and the development of his shapeshifting skills and personality), Winn (as obnoxious and arrogant in the beginning as she was in her reign as Kai), and finally, Kira Nerys, a very young freedom fighter who has a bloodlust for destroying the Cardassians over the fate of her mother. All of the characters' stories are interwoven well, the writing is top notch and exciting, and this book leaves the reader dying to get to the next. The subject of this book is the evolution of the occupation and the erosion of Gul Dukat's promises and attitude concerning the Bajorans. This is an excellent book, but it is even better if it is read immediately after completing the first (Day of the Vipers) in the series. I can't wait to read Book Three. Happy Reading!
Read more
7 people found this helpful
Helpful
Report abuse

Michelle
3.0 out of 5 stars good plot, mediocre otherwise
Reviewed in the United States on April 29, 2015
Verified Purchase
The story and the writing was all pretty good, the references to the series are fun. however, the literally constant switching between points of view makes it tiring to read and hard to keep track of the action across several unrelated fronts. it's easy to understand that they are all taking place at the same time, but that does not mean that the viewpoint has to switch over to a completely different character every few paragraphs (in some instances). this works for the climax when there are many threads finally relating to one another, but everywhere else it is unwelcome.
Read more
Helpful
Report abuse

P. McCoy
5.0 out of 5 stars Star Trek Novels - Continuing the History of Cardassia and Bajor
Reviewed in the United States on February 3, 2009
Verified Purchase
I'm still in the process of catching up on all of my Star Trek reading. This book is next on my list and I shall return with an updated review ASAP! Thank you for your patience!

After reading "Day of the Vipers", I was able to read through "Night of the Wolves" within 24 hours! This book was a real page-turner that I could NOT put down!!! Reading about Odo's discovery and his chance meeting of Kira Nerys during the liberation of Gallitep was exciting!!!! I halfway knew what to expect in the next book, "Dawn of the Eagles", which I have just finished reading as well. I'm looking forward to writing the review about that!
Read more
Helpful
Report abuse

Marzie Malfoy
5.0 out of 5 stars Still brilliant!
Reviewed in the United States on July 13, 2017
Verified Purchase
The details of the progression of events line together perfectly with what we know of the backstories told in the DS9 tv show. This series has really captivated me.
Read more
Helpful
Report abuse

Gary Sapp
4.0 out of 5 stars wonderous...after a slow start
Reviewed in the United States on December 9, 2010
Verified Purchase
I have to admit I was thrown off by the sloooowwww start the second book of this planned three book cycle. I finally settled in and then WHAM I was thrown again by the abrupt switching of main character POV's in the middle of the novel. Once I got over these distractions I decided that Miss Perry turned in a fine story, though not as compelling as the first or last editions of this triology.
Read more
One person found this helpful
Helpful
Report abuse
See all reviews

Gary McCluskey
1.0 out of 5 stars Terrible storyline
Reviewed in the United Kingdom on November 21, 2017
Verified Purchase
How Bajor became free was not what I wanted to read, but advised to.
If you're not interested in Bajor's history before the Ds9 series, Then I don't recommend this.
Read more
Report abuse

David McCormack
5.0 out of 5 stars Great read
Reviewed in the United Kingdom on February 3, 2015
Verified Purchase
Great read and part of a great series
Read more
One person found this helpful
Report abuse

Laura Offenwanger
5.0 out of 5 stars Great characters
Reviewed in Canada on September 11, 2020
Verified Purchase
Great characters & storylines.
A wonderful weaving of the stories of many beloved & new characters, exploring the lives of Kira, Ro Laren, Aldo and more, before we met them in ST DS9.
Extremely well written. A joy to come home to at the end of the day :)
Read more
Report abuse