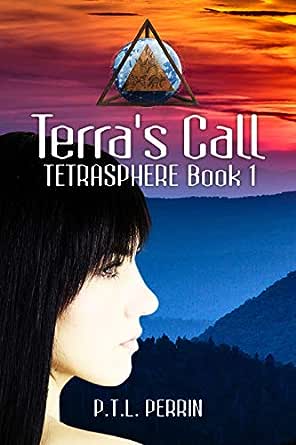 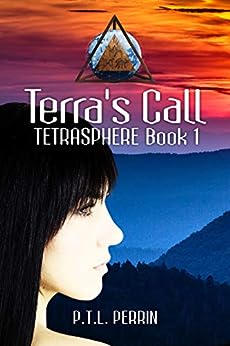 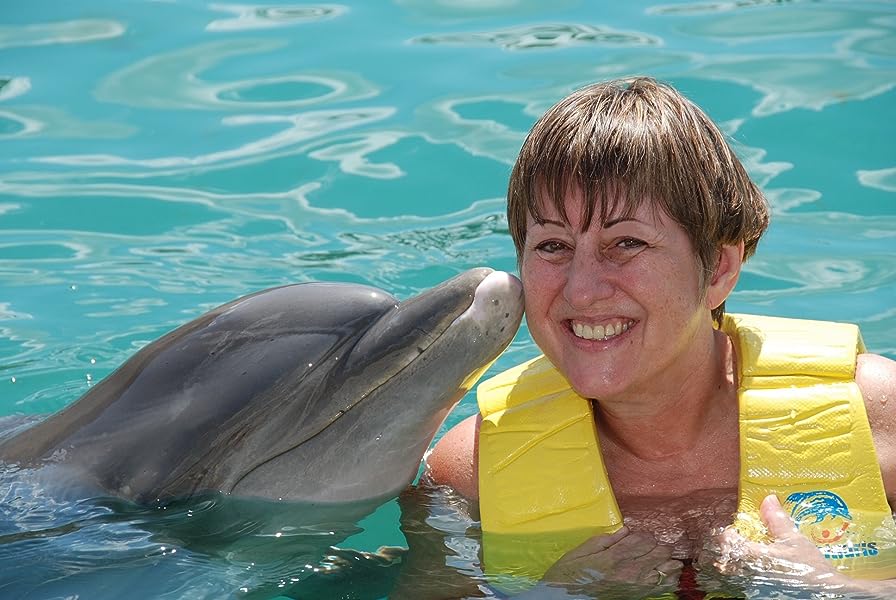 P.T.L Perrin, the author of the TetraSphere series, is a wife, mother, and grandmother with an unending curiosity about the wonders of the universe and an active imagination that constantly makes up answers to all her questions. --This text refers to an alternate kindle_edition edition.

4.4 out of 5 stars
4.4 out of 5
23 customer ratings
How does Amazon calculate star ratings?
Amazon calculates a product’s star ratings based on a machine learned model instead of a raw data average. The model takes into account factors including the age of a rating, whether the ratings are from verified purchasers, and factors that establish reviewer trustworthiness.

D.L. Finn
4.0 out of 5 stars I will definitely be reading the second book to see what happens next!
Reviewed in the United States on February 14, 2020
Verified Purchase
“Terra’s Call” is a YA science fiction book that can easily be read by younger readers and adults. The story is told through four POVs or the teenagers who had extra gifts and unusual eyes. I loved their community and the relationship between the teen’s three families. The combination of Cherokee, Aliens and the Bible was the right blend for me. Showing a world’s weather out of balance with Jewel, Sky, Pax, and Storm figuring out how they were supposed to save the world had me all in. Jewel was my favorite of the four, and I adored her abilities. There were a few times I lost track of whose POV I was in since the four teen’s personalities were similar, but that didn’t matter as my interest held. Ms. Perrin takes questions we all ponder and creates a world in which we get some answers. There was a cliff-hanger ending, but I was satisfied with what had been resolved. I will definitely be reading the second book to see what happens next, especially after the teaser at the end!
Read more
One person found this helpful
Helpful
Comment Report abuse

ravenous reader
4.0 out of 5 stars Interesting
Reviewed in the United States on October 21, 2019
Verified Purchase
This is a YA novel written with comments and descriptions 18-year-olds would make and that makes the book and characters more realistic.
The first of a series by P.T.L. Perrin.
Earth's very existence is in peril and only four young people have the power to save the planet. Except for their very unique gifts, the four are typical teens in every way, and yet special.

Please note that this has a cliffhanger ending. I recommended it.
Read more
Helpful
Comment Report abuse

theBEC88
4.0 out of 5 stars Now, I Need Book 2!
Reviewed in the United States on September 17, 2018
Verified Purchase
Thoroughly enjoyable. Kept me interested, the whole time. I very much liked the mixture of different philosophies and beliefs. Thanks!
Read more
One person found this helpful
Helpful
Comment Report abuse

Carol T. Moler
5.0 out of 5 stars Amazing and Awesome!
Reviewed in the United States on June 25, 2016
Verified Purchase
WOW! Patty is a good friend, but I had no idea she was a fantastic writer! She is able to combine a believable story using New Age ideas, the Bible and UFOs. This is an awesome story for adults and teens who will get a kick out of how important the characters are into saving our planet and another by using their unusual abilities. It's a book that's hard to put down and I can hardly wait for the next book to come out so I can continue the journey!
Read more
One person found this helpful
Helpful
Comment Report abuse

Megan Dent Nagle
4.0 out of 5 stars A fun read for all ages
Reviewed in the United States on November 8, 2018
Terra's Call by P.T.L Perrin is sci-fi fantasy crossover that is sure to intrigue readers. This story follows four teens: Jewel, Sky, Pax, and Storm, who each have a different, supernatural ability, as they find out that they are destined to save the world from demise. To begin, I loved the science aspects of this book that helped solidify the plot, such as references made to astronomy and some physical sciences. As a reader, I can tell that Mrs. Perrin put a lot of research into her content, and her research paid off by adding depth and realism to what her characters were dealing with. Another thing I liked about this story was that it addresses the question that if God made earth and humans, could he have also made other lifeforms on other planets (which I totally think is possible)! I also loved the fact that there were Native American characters because that's not something that is common YA in literature. This book is a quick read, less than 200 pages. I will says that this book is marketed at YA, but in my opinion it read very much like a middle grade. Reading from Jewel's point of view, I thought she was 13 or 14, but then the author tells us she was almost 18. In my opinion, the writing style should've better reflected someone who was almost an adult, or the author should've made our protagonist younger. However, that doesn't detract from the enjoyment of the story as a whole. I definitely recommend for teens who enjoy a clean, compelling, and entertaining scifi book.
Read more
One person found this helpful
Helpful
Comment Report abuse

Yvi MC
VINE VOICE
4.0 out of 5 stars The aliens have arrived, and they are wreaking havoc!
Reviewed in the United States on April 22, 2018
I enjoyed reading this book. I love the idea of aliens genetically modifying a few human beings to give them powers that will make them "extra." And those aliens, the Allarans, are the good guys! Lol! Then, you have the Dracans, who are also aliens, who have come to Earth to steal the very artifact that the four chosen GMH (genetically modified humans) must protect and fix. If they fail, Earth will be destroyed. That's a lot of pressure to put on teens who barely even understand the powers that they've been given.

The author does a great job of allowing you to understand what each of the four teens is experiencing by changing points of view every few chapters. From the moment the book begins, there is a sense of urgency, and that feeling stayed with me for the entire read. The book ended with a cliffhanger, which I love, and I look forward to reading the next one! :-)
Read more
One person found this helpful
Helpful
Comment Report abuse

K. Kohut
5.0 out of 5 stars Character-Driven Adventure. A Real Page-Turner!
Reviewed in the United States on April 6, 2016
I was riveted to this book. It is both character-driven and action-packed with hints of romance. I cared about each character within moments of his/her introduction. Each is a teen who was genetically modified by aliens before he/she was born. Jewel can see more colors than mere humans and can see the life-force of living beings, gathering information on their physical and mental well-being. Sky is an empath whose powers affect the emotions of those around her. Sky’s twin brother, Pax, understands such emotions and shares peace while also having a super-powered ability to smell that goes beyond the skills of a tracker dog. And Storm, whose tumultuous personality matches his name, can levitate almost any object. The four are destined to team up to save Earth and make a difference to two other alien races. I enjoyed seeing the main characters forge friendships with one another, figure out who else is worthy of trust, and model healthy relationships with their parents and community members. It is an ideal Young Adult story, but would also hold the interest of adults who enjoy the YA genre and pre-teens who read at this level. I would call it thought-provoking escapism. Kudos to author P.T.L. Perrin for the perfectly paced adventure story! It’s a page-turner and I can’t wait to recommend Terra’s Call to friends.
Read more
3 people found this helpful
Helpful
Comment Report abuse
See all reviews from the United States

A wildman
5.0 out of 5 stars Great reading for adults and teens alike
Reviewed in the United Kingdom on October 12, 2019
Verified Purchase
My review of five stars is only because there weren't any more stars. It's an easy book to pick up and read and the author makes the story come alive so much so that the characters become humanized in an emotionally connected way. I would definitely recommend to all readers of fantasy and sci-fi.
Read more
Helpful
Sending feedback...
Thank you for your feedback.
Sorry, we failed to record your vote. Please try again
Report abuse