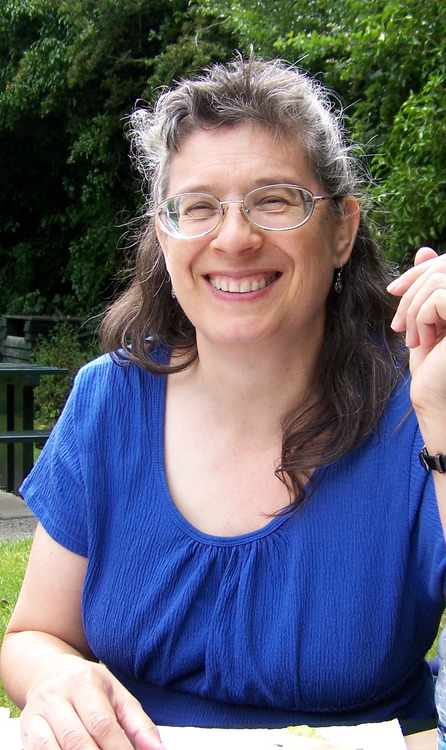 Born in San Francisco, Terri Evert Karsten has migrated eastward and now lives in a 100 year old house in Winona, Minnesota. An avid fan of all things historical, Terri divides her free time between writing books, baking bread and chasing the outdoor life. Terri's first non-fiction book, "From Brick to Bread: Building a backyard oven," is a full color, illustrated, step by step guide to help amateur do-it-yourself enthusiasts build and use a wood fired oven.

Terri Karsten writes both fiction and non-fiction with publication credits in a variety of magazines, newspapers and encyclopedias, including "Highlights for Children," "The Winona Daily News" and "An Encyclopedia of Women's History." Her short stories have also appeared in anthologies such as "Easy Nickels" and "Rattlesnake Valley Sampler." "Snags and Sawyers: 2000 Miles Down the Arkansas River," her second book, follows her father and his two friends on an epic canoe trip in 1949. 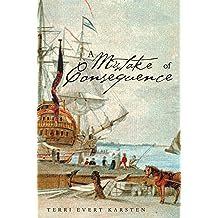 It is 1754 in Edinburgh, Scotland. Callie Beaton is nearly twenty, single, and determined not to marry anyone her grandfather deems worthy. But after her impulsive flight from yet another unwanted suitor leads her to the pier one rainy evening, Callie is mistaken for someone else and dragged aboard a ship. Trapped in a dark hold and at the mercy of strangers, Callie has no idea the ship is headed for a bustling port city across the ocean in America.

Wracked with seasickness, unable to convince the ships captain she is not who he thinks she is, and with only one tattered dress to her name, Callie somehow survives the horrid journey. She arrives in colonial Philadelphia penniless, nameless, and alone in a strange place. Two men offer her help: Ethan Asher, a handsome gentleman with a hidden past, and Davy McRae, a charming ship captain with a dangerous secret.

Neither seems trustworthy, but when tragedy strikes, Callie is caught in the middle and must choose one of them to help her if she is to save herself and her newfound friends from disaster.

In this historical romantic adventure, a Scottish lass who finds herself in the wrong place at the wrong time unwittingly embarks on a journey across the ocean to a new beginning where she searches for love, belonging, and ultimately her true destiny. 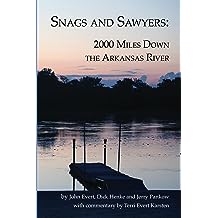 No one had done it. Could they?

Follow Johnny, Dick, and Jerry from Pueblo, Colorado to New Orleans, Louisiana as they face flood and drought, snakes and sunburn, snags and sawyers on their epic trip down the Arkansas and Mississippi Rivers to New Orleans in 1949. Based on diary entries, letters, and newspaper articles from 1949, theirs is a story of the greatest generation in the years after the war, when the America was full of promise and nothing seemed impossible.
Read more
Other Formats: Paperback