Territory and millions of other books are available for Amazon Kindle. Learn more
Share <Embed>
Have one to sell?
Sell on Amazon 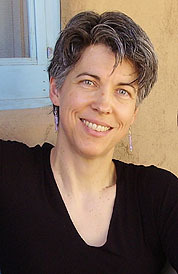 “Takes huge chances and achieves something distinctly wonderful… Readers will think about the story long after it ends, savoring the writing and imagining what the characters might do next.” ―Publishers Weekly (starred review)

“Lucid and genuine… Her achievement in making it all seem fresh and new is remarkable. Some of the exchanges between Wyatt Earp, Doc Holliday, and others are genius-level in their sharpness and ingenuity.” ―Jeff VanderMeer, Locus

EMMA BULL's War for the Oaks won the Locus Award for Best First Novel. Her subsequent works have included Falcon; the Hugo, Nebula, and World Fantasy Award–finalist Bone Dance; Finder; and (with Steven Brust) Freedom and Necessity. She lives in Tucson, Arizona.

Read more
Start reading Territory on your Kindle in under a minute.

4.0 out of 5 stars
4 out of 5
73 global ratings
How are ratings calculated?
To calculate the overall star rating and percentage breakdown by star, we don’t use a simple average. Instead, our system considers things like how recent a review is and if the reviewer bought the item on Amazon. It also analyzes reviews to verify trustworthiness.
Top reviews

Jim Duggins, Ph.D.
5.0 out of 5 stars When a State Becomes an Empire
Reviewed in the United States on April 16, 2010
Verified Purchase
If you like western American history and refined, elegant prose with well-developed characters, you need search no further. That book is "Territory" by Emma Bull, a story of the west in the 1880's in what was then pre-statehood Arizona Territory. Ms. Bull builds her plot on the concept that Wyatt Earp controls the territory aided by his brothers and allies, killing, robbing, beating without restraint. Back stories include a Chinese spiritualist, a colt breaker with supernatural powers, and a variety of females in traditional (pre-franchise and pre-working) to a female working journalist. Espousal abuse and at least two romances also spice up the novel. The major venue for the histrionics of the plot is located in the town of Tombstone, one of the best known and rowdiest of early cowboy platforms.

While there are many delights to be found in this delightful book, author Bull's profound understanding of personality and the nature of the human animal are wrought with finesse, deftly inserted phrases and passags of dialogue. In this way, the reader is led to empathise with characters and to care about their experience, good and bad, e.g. "Anger was like a wildfire in him. He'd thought he was the wildfire . . . now, he knew he was only the tree;" "He felt like a plague carrier. He needed to go before he spread the infection."

Examples such as these proliferate in "Territory" and these wonderful turns of phrase capture the reader in an entirely new world of experience, e.g. "Her whole inner self skidded away from the memory, like slipping on ice." As he ages, Doc Holliday thinks, "Now (he) had less interest in greatness and more in the length of the rope."

Author Bull's lyrical prose is often sheer poetry as in these descriptions, "The trees cast a broad line of breathing shade on either side and rose above it in places like flowers in a vase." And, "In the east, the night sky seemed to be thinning at its edge, tarnished silver instead of ink." And "And sat on his heels in the freckly shade of the mesquite."

Because one of protagonist Jesse Fox's talents is breaking colts, "Territory" offers a scene of his breaking the colt "Spark." That sequence is one of the most breathtakingly beautiful passages I've ever read. Brava! Ms. Bull! Way to go!"

Like the best souffle you've ever had, Emma Bull's prose is as smooth as double cream brie. Beyond the wonderfully developed and intricate plot, her mastery of the craft of writing makes Emma Bull's "Territory" the masterpiece that it is. The book is now one of my faves--and I'll bet it will be one of yours, too.
Read more
4 people found this helpful
Helpful
Report abuse

Elizabeth Clare
5.0 out of 5 stars Bring on the sequel
Reviewed in the United States on December 16, 2008
Verified Purchase
The front flap of Emma Bull's Territory states: "Wyatt Earp. Doc Holliday. Ike Clanton. You think you know the story. You don't." I realized when I opened the book that I must be one of the only people in America for whom this tagline doesn't apply. I'm not sure why, but I don't believe I've never read a thing about the events in 1881 that led up to the famous "gunfight at the O.K. Corral" in Tombstone, Arizona, and I've never seen any of the movies either. My only previous exposure to the subject would have to be the Star Trek episode in which the Enterprise gang is forced to reenact the incident.

So what an introduction! Territory is a highly original work that takes the known historical facts about Wyatt Earp and the feud that tore the town of Tombstone apart, and uses them to take us into a fully realized alternate reality.

Jesse Fox is a horse trainer and drifter who finds himself drawn to Tombstone after a run-in with a horse thief. There, Fox meets up with an old friend, a Chinese doctor by the name of Chow Lung. Jesse has always known that he's a little bit different. In fact, he has a horror of ending up locked away in an insane asylum like his sister, a fear that long ago caused him to walk away from a potentially lucrative career as a mining engineer. But it turns out Jesse's arrival in Tombstone is no accident. Using supernatural means, Lung has summoned him on urgent business that will force Jesse to confront the truth about the strange abilities he's tried so hard to deny.

When she married a dreamer, Mildred Benjamin left behind her comfortable life in Jewish society in Philadelphia to come out west. Recently widowed, Millie is determined to make it on her own, and finds work as a typesetter and cub reporter for a Tombstone newspaper. She likes Jesse Fox, but there's something just a little bit freaky going on here ...

As the plot unfolds, Territory becomes many things: a detective story, a historical novel, a western, a magical fantasy -- even an exploration of power, why people seek it, and how they compel others to do their bidding. Emma Bull constructs this story with such craft and sensitivity that each surprising element seems perfectly plausible, never far-fetched or tacked-on. The characters are fresh and three-dimensional, with fictional ones jostling elbows easily with historical ones like Wyatt Earp, Doc Holliday, and and John Ringo.

The book ends on a cliffhanger, and the stakes are nothing less than cosmic. I've heard a sequel is in the works -- faster, please!

Reviewer: Elizabeth Clare, co-author of the historical novel "To the Ends of the Earth: The Last Journey of Lewis & Clark"
Read more
3 people found this helpful
Helpful
Report abuse
See all reviews

Kindle Customer
5.0 out of 5 stars Emma Bull rocks
Reviewed in the United Kingdom on October 4, 2009
Verified Purchase
Emma Bull has to be one of the best authors on the market. Her prose draws you in and more or less forces you to stay put until the deed is done. My poor family.

"In this book she combines fantasy (or rather magic) with the Wild West. In Tombstone Arizona, 1881, veins of silver run like leylines under the earth. Anyone who knows how to claim it can use it.

Jesse Fox left his Eastern college education to travel west, where he's made some odd friends, like the physician Chow Lung, who insists that Jesse has a talent for magic, something Jesse doesn't want to believe. In Tombstone he meets the tubercular Doc Holliday - and attracts the attention of Wyatt Earp.

Mildred Benjamin is a young widow making her living as a typesetter, and - ubeknownst to the other ladies of Tombstone - selling tales of Western derring-do to the magazines back east. Like Jesse, Mildred has episodes of seeing things that can't possibly be there.

When a failed holdup leaves two dead, Tombstone explodes with speculation about who attempted the robbery. The truth could destroy Earp's plans for wealth and glory."
Read more
3 people found this helpful
Report abuse

Avid Bookreader
5.0 out of 5 stars Wonderfully original
Reviewed in Germany on December 19, 2019
Verified Purchase
Emma Bull never disappoints. Refreshingly free of the usual clichés, this tersely written novel is an exploration of the uncanny sides of the Wild Wild West. The gradual and unrelenting build-up of suspense is masterfully handled, leaving one to ruminate "What if..." long after you've turned the final page.
Read more
Report abuse
See all reviews
Back to top
Get to Know Us
Make Money with Us
Amazon Payment Products
Let Us Help You
EnglishChoose a language for shopping. United StatesChoose a country/region for shopping.
© 1996-2021, Amazon.com, Inc. or its affiliates