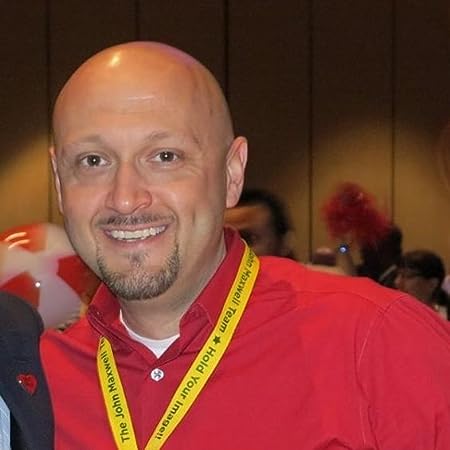 Terry J. Wheeland, Jr. is a leadership and personal development coach, speaker, and trainer. He is also the author of What The Magic Means and the Founder of Building Magic and For Eons Entertainment.

Terry is a certified John Maxwell Team member adding value to his clients through John's incredible material. He has also been trained in sales, business development, and customer service from some top companies that include: Disney Vacation Club, SAB Miller, AIG American General, and Keller Williams Realty International.​

Terry considers himself a student of Walt Disney. He began to study Walt in high school and has read over 100 books about Walt, his background, his creativity, his imagination, and his vision. Terry has also read over 150 books about Disney, in general, to fuel his desire to learn everything he can about what Walt created. He challenges all of his clients to believe in themselves just as Walt did in himself.

-Author of What The Magic Means 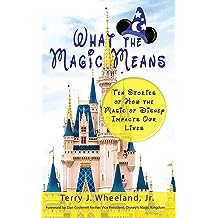 What the Magic Means: Ten Stories of How the Magic of Disney Impacts Our Lives Dec 20, 2018
by Terry J Wheeland Jr
( 6 )
$5.99
Has the Magic of Disney Changed Your Life? Then, What the Magic Means is the perfect Disney-filled experience for you. In these pages, long-time Disney enthusiast Terry J. Wheeland, Jr. interviews ten people who have made Disney the centerpiece of their lives. You’ll meet Jeff Barnes aka Dr. Disneyland, who teaches a college course on the history of Disneyland; Jim Korkis, longtime Disney historian; Tom Nabbe, the original Tom Sawyer at Disneyland; and several more people from former Cast Members at the Disney Parks to people who love Disney so much they’ve moved to Orlando.Wheeland gets to the heart of why Disney means so much to each individual, looking not just at favorite movies and theme park attractions, but how Disney has given these individuals hope, courage, and purpose. A special bonus chapter features Walt Disney himself and what the magic meant to him. But best of all is the opportunity to explore your own love for Disney. Wheeland offers the chance here to share your Disney memories and use them as touchstones to find purpose and joy in your life. Reading this book is like wishing upon a star—and we all know what can happen then!
Read more
Other Formats: Paperback