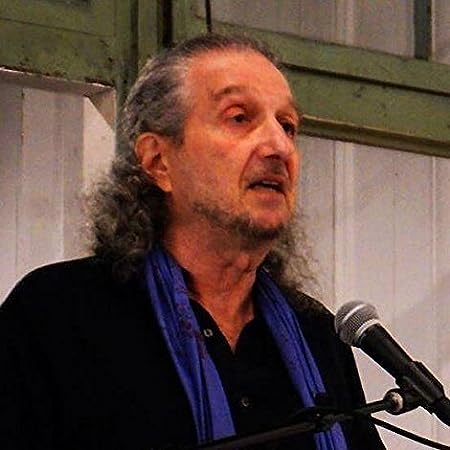 Terry Tarnoff began his career as a writer at the tender age of twelve, when he was paid a penny a word to write phony letters to the editor of a small Milwaukee newspaper. He attended the University of Wisconsin in Madison during the political upheaval of the 1960s, worked at the East Side Bookstore in New York's East Village during the Summer of Love, lived for several years in Berkeley, then headed for Europe,where he supported himself as a blues musician, playing harmonica in bands from London to Amsterdam to Stockholm. Soon after, he hooked up with an international brigade of travelers--a new generation of expatriates who took their cues from Henry Miller, Paul Bowles and Jack Kerouac as they pushed further down the road.

That road led to the coast of Kenya and the plains of Tanzania, to the deserts of India and the mountains of Nepal, to the war-torn villages of Laos and the islands of Indonesia. Along the way, Terry played with an African band in Mombasa, performed as a singer-guitarist in the Far East, and was a founding member of a rock band in Goa, India.

Terry's first book, "The Bone Man of Benares," recounts the first half of his eight-year journey abroad. It was published in the U.S. by St. Martin's Press, in the U.K. by Bantam Books, and in Australia by Allen& Unwin, and has been translated into Italian, Japanese, and Chinese. A one-man show adapted from "The Bone Man of Benares" was produced by the Encore Theatre Company in San Francisco, where it had a very successful six-week run. The book and play were optioned for a feature film in Hollywood.

Tarnoff's adventures and misadventures as a screenwriter became the basis for his second novel, "The Thousand Year Journey of Tobias Parker." His third novel, "The Chronicle of Stolen Dreams," explores inner space, outer space, and several spaces in between. His latest book, "Once Upon a Time in Goa," looks back upon the second half of his eight-year journey abroad. All are available from Avian Press. Visit www.terrytarnoff.com. 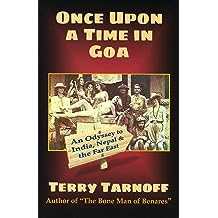 Once Upon a Time in Goa: An Odyssey to India, Nepal & the Far East May 11, 2020
by Terry Tarnoff
( 8 )
$7.99
It was a different time in a different world... Terry Tarnoff spent eight years during the 1970s traveling throughout Europe, Africa and Asia. It was the early days of exploring what were to become legendary spots on the traveler's trail. Whether playing the clubs of Amsterdam, skirting the Yakuza in Japan, surviving the winters of Kathmandu, or forming a band in Goa, India, Terry's adventures are alternately engrossing, hilarious and deeply moving. "Once Upon a Time in Goa" is Tarnoff's long-awaited follow-up to "The Bone Man of Benares," a highly acclaimed book and play that told the first half of the story. "Once Upon a Time in Goa" continues the tale, adding new meaning as it looks back from the perspective of modern times upon a period that continues to fascinate people of all generations across the globe.

NOTE:An earlier version of this book was published under the title, "The Reflectionist." This edition has been revised, expanded, re-tuned and re-titled.
Read more
Other Formats: Audible Audiobook , Paperback 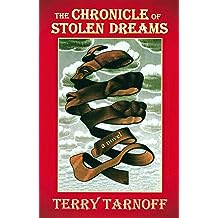 The Chronicle of Stolen Dreams Sep 11, 2013
by Terry Tarnoff
( 3 )
$7.99
Nick Blake has just returned from the battlefields of Europe and is part of a lost generation trying to make its way in postwar America. As he sets out on a journey across the country, the summer of 1947 comes alive in a mind-bending, history-altering romp. Nick witnesses the birth of electric blues in Chicago, encounters the first members of the Beat Generation taking to the road, gets caught up with the original motorcycle gang invading small-town America, and is party to the first sightings of UFOs across the Midwestern skies. Along the way, he encounters a young Muddy Waters, an even younger Jack Kerouac, and a blues-loving, harmonica-playing alien named Jaxson Epsilon, the most unusual character of them all. Jaxson has a secret that is about to change the course of human history as he endeavors to alter the dreams of every man, woman, and child for generations to come.

In this groundbreaking exploration of the brain, dreams, and neurology, the reader is thrust into the dark corners and hidden pathways of human consciousness. The Chronicle of Stolen Dreams is alternately profound, hilarious, and provocative as it poses theories of human behavior that challenge all accepted wisdom. The book is part Vonnegut, part Rushdie, part Chabon, and entirely Tarnoff as the author of "The Bone Man of Benares" and "The Thousand Year Journey of Tobias Parker" pushes into a whole new universe of ideas. The summer of 1947 will never again be seen the same way.
Read more
Other Formats: Paperback 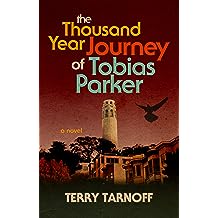 The Thousand Year Journey of Tobias Parker Feb 22, 2013
by Terry Tarnoff
( 10 )
$7.99
Nothing makes much sense in Tobias Parker's life. He walks an ever-tightening circle through San Francisco's North Beach neighborhood, where foxes fall out of trees, parachutes drop from the skies and mysterious boxes appear unannounced. Tobias is determined to fulfill his family's curious thousand year destiny, but the obstacles seem insurmountable. Is there anyone out there to help him?
Read more
Other Formats: Paperback 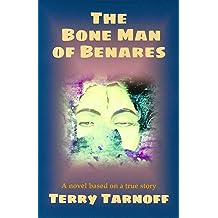 The Bone Man of Benares Feb 5, 2013
by Terry Tarnoff
( 23 )
$7.99
In 1971, fed up with the politics and culture of America, Terry Tarnoff packed a bag, a guitar and sixteen harmonicas and headed out on an eight year journey that would take him into the jungles of Africa, the mountains of India and beyond. Smoking a chillum around a funeral pyre with lepers, battling fist size cockroaches in Mombasa Africa or driving through the poppy fields of Thailand with a kamikaze cab driver, each adventure leads Terry further into worlds unlike those he has ever known. Through an eclectic coterie of like minded expatriates-from a heroin junkie in Bangkok to the girl of his dreams in Stockholm-Terry begins to discover the true purpose of his travels.

An energetic exploration of one drop-out's search to find answers in a world that poses only questions, Tarnoff's journey is an exploration of freedom and an effort to push the limits of human experience. With wit, irreverence and more than an ounce of pathos, The Bone Man of Benares traverses the chasm of time and through his startling adventures speaks to readers young and old about the universal need for connection.
Read more
Other Formats: Audible Audiobook , Paperback