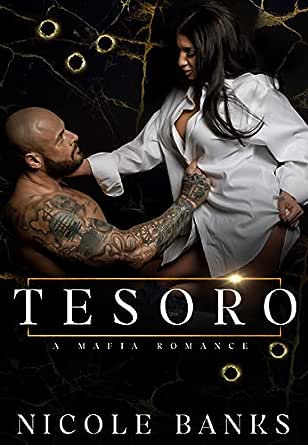 You've subscribed to Tesoro! We will preorder your items within 24 hours of when they become available. When new books are released, we'll charge your default payment method for the lowest price available during the pre-order period.
Update your device or payment method, cancel individual pre-orders or your subscription at
Your Memberships & Subscriptions
There was an error. We were unable to process your subscription due to an error. Please refresh and try again. 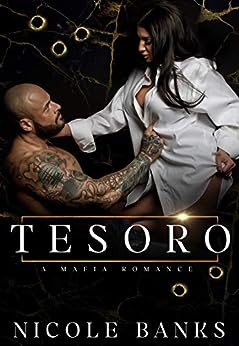 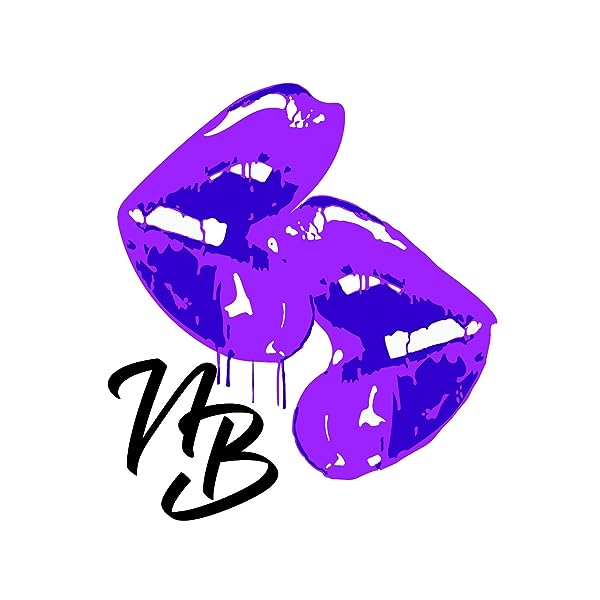 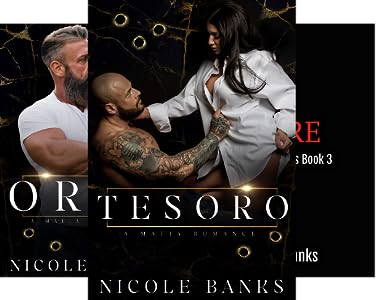 Laura Furuta
5.0 out of 5 stars I loved the characters of Tommy and Naila
Reviewed in the United States on June 21, 2018
Verified Purchase
Tesoro
By: Nicole Banks
5 out of 5 stars

The story Tesoro by Nicole Banks is a new adult/contemporary romance book. It hooked me in from the very beginning and I had a hard time putting it down until I had read the final page. It is a story that has suspense and plenty of steamy romance. I loved the characters of Tommy and Naila. Naila is a smart, independent and sassy woman who runs her businesses successfully. She is not afraid to say what she thinks. Tommy is heir to an empire that he doesn’t want. He has tried hard to make a name for himself outside his family. When these two meet a fire starts that is impossible for them to ignore. The temperature in the room rises when reading about these two. The connection/attraction to each other is red hot and has the temperature in the room rising. Will they act on their passion/desire for each other? The story also has an atmosphere of danger that is ever present. It has me wondering what was going to happen next and who was going to be left standing in the end. There are many other characters that you are introduced to. I enjoyed reading about those who love and are loyal to Tommy and Naila. There are also others who make you wonder what their agenda is. This is a thrilling book that has a wonderful storyline and amazing characters that you will not soon forget. It is a story that I highly recommend reading.

Amazon Customer
5.0 out of 5 stars A Suspenseful and Steamy Must Read
Reviewed in the United States on August 16, 2019
Verified Purchase
This is hands down my favorite book! Ever since I read it I have been in love with Tommy and searching for him in real life lol This book hooks you from the jump and there are so many things going on at once that you just have to keep reading just one chapter until you’re done and then sad because it over! It’s suspenseful and steamy 😍
Read more
Helpful
Report abuse

Kindle Customer
5.0 out of 5 stars Loved it!!
Reviewed in the United States on June 13, 2018
Verified Purchase
I couldn't put the book down. I throughly enjoyed it. I can't wait read the next one if there is a next one.
Read more
Helpful
Report abuse

Sheena
3.0 out of 5 stars First instalment...
Reviewed in the United States on June 14, 2018
Mafia romance is one of my most favourite genres, and I always look forward to reading the start of a new series by a new, to me, author.. so I was really excited by this book.. the premise sounded promising, and indeed it was interesting and the narrative well paced with a suspenseful plot... a classic mob story of family ties, the old guard making way for the new and the resultant turf wars......unfortunately the delivery, or more precisely, the main characters were not as compelling as I had initially hoped.....

Naila is a smart, independant business woman, and I liked her feistiness, but at times she came across as weak, and in truth a bit naive when it came to her boyfriend... Tommy had the potential to be a strong, protective and determined character, but his personality was full of inconsistencies: he considered himself a player, and yet he appeared to be a little bit too desperate when pursuing Naila, he spent a lifetime resolutely carving out his own career away from his legacy, and then seemed to have an epiphany and everything changed, and most disconcerting of all - he had grown up in his father’s world and yet he had a casual approach to the potential threats surrounding him and demonstrated anxiety and fear when faced by an aggressive Naila... none of this seemed realistic.. the subsidiary characters were a motley crew of the good, the bad and the ugly.... of all of them Bear was my favourite, a bodyguard cum second father to Tommy... he was a tough guy with a big heart and sense of humour..

The story is told from multiple points of view, which provided useful insights into all the characters motives and feelings. However the switch between perspectives happened on a paragraph by paragraph basis, and , at times, I found this confusing and disconcerting as it disrupted the flow of the writing...

Although there were niggles... this was still a book worthy of reading, and there never was a moment when I was tempted to abandon it before reaching the conclusion... the main characters, whilst not my favourites, caught my attention sufficiently for me to want to see where their futures were heading.... and when I reached the end, and an unexpected cliffhanger, I found myself emotionally invested enough to want to read the next instalment...Summer’s Eve Reads received an advanced copy of this book from the author.
Read more
2 people found this helpful
Helpful
Report abuse

kmcchurin
4.0 out of 5 stars Dark and Yummy
Reviewed in the United States on June 21, 2018
Tesoro by Nicole Banks was so good. I totally could be part of the Delucia family, I think mafia would look good on me. Tommy has a construction company and doesn’t want his family’s involvement in the company so he’s struggling to keep the two separates. Naila is from the big apple and is one strong business woman, she’s not afraid to take on the big boys. One fateful day Tommy and Naila meet and instant chemistry. Naila is not interested, but that doesn’t deter Tommy for coming back for more. Soon Naila’s business is in trouble and Tommy has family issues. Can Tommy and Naila find love among the madness?
This book was so good, it pulled me right in and held me hostage. I love the characters of this book and how you were dragged along willingly in their quest to find love, save a business, and deal with family issues. Naila was the type of female character I love, smart, tough, independent, and sometimes soft when it mattered. Tommy is all alpha male, but at times I wanted Tommy just to walk away from Naila and make her work to get him just a little. There were so many great elements of this story, I highly recommend it.
Read more
Helpful
Report abuse
See all reviews

Angela Hayes
5.0 out of 5 stars with some of the best chemistry between lead characters that I have read
Reviewed in Australia on June 24, 2018
Verified Purchase
5 Stars

Tesoro by Nicole Banks is an addictive mafia romance by Nicole Banks. It really grabbed me right from the beginning, with some of the best chemistry between lead characters that I have read. Their attraction was palpable, and sparks flew right off the pages. But it wasn’t just the chemistry that kept me turning the pages- the story is beautifully written, with so many wonderful elements blended together into this captivating read- so many secrets and lies that were cleverly sprinkled into the storyline, hidden agenda, loyalty, betrayal, romance, drama, suspense, tension, action danger, mystery, brilliant quips, funny banter, verbal jousting, and much more- all went into making this an unforgettable read. The characters really were so well developed too, with their own quirks, flaws and personalities. Naila and Tommy were very endearing, and it was easy to get emotionally invested in them and their story. The secondary characters were just as carefully crafted, and were either extremely likeable, or perfectly detestable.
This book gives us multiple points of view, and it took me a little bit to get used to having several POV’s play out, sometimes, on the same page. While there is nothing wrong with that perse- it’s not a style that I am used to – but once I got my head around that fairly early on in the book, it ceased being an issue.
The storyline is left on somewhat of a cliff-hanger at the end, I was a little panicked because there isn’t mention of another book- but, THERE BETTER BE ANOTHER BOOK!! I have unanswered questions that I NEED to know the answers to. So, I will be pouncing on any, and all, of Ms. Banks new releases- hoping for a continuation to this storyline.
Bellissimo!