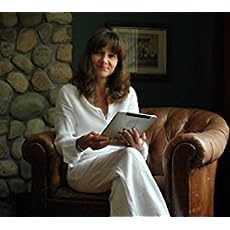 Tessa Smith McGovern is an award-winning English writer who moved to the US in 1993. She writes fiction and non-fiction for teens and adults (fantasy under the name T. S. McGovern). Her stories are always uplifting and usually set in the Britain.

She's an Amazon bestselling author in 2 categories: British short stories and cocktails/mixed drinks. Her short stories and flash fiction have been published in many places, nationally and internationally, beginning in 1996. Most recently (Oct 2019) a fantasy short story called 'The Selkie Mother' appeared in Issue 255 of the Crack the Spine Literary Magazine.

In 2011 she was founder/editor of eChook Digital Publishing which won a gold and a silver in the 2012 eLit Book Awards. She's taught all elements of writing and digital publishing at the following:

As host of BookGirlTV, she has interviewed many popular writers including Anna Quindlen, Dani Shapiro and Jane Green.

She's currently writing a YA fantasy novel with talking animals, set on the River Thames in London. It's a fast-paced mystery (and a mother-daughter story) inspired by British folklore.

She lives in Connecticut with her family which includes Rocky (a black lab), Rosie (a Ragamuffin-Persian mix), and a black and white Maine Coon called Hamish who actually does talk. 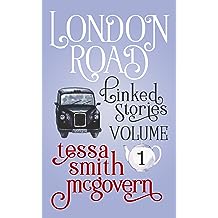 On the morning of her release from prison, the hottest day on record in England, Janice Bailey makes her way to a boarding house in London, and discovers a bizarre new world.

This moving collection of linked short stories begins with ‘When Janice Bailey Walked’, an award-winning story first published in the Connecticut Review, and continues with six more stories as told by the eccentric residents of Number 17, London Road, thus illuminating a little-known side of the most beautiful city in Europe.

During the course of one day, we meet Bitty, a college drop-out now working in an antique shop, waiting nervously in an Italian restaurant to find out if her American boyfriend is about to dump her. And Nora, the landlady of the boarding house, a romance novelist obsessed with the Queen, who finds herself hotly pursued by Len, landlord of the local pub. Then there's Anna, Nora's teenage daughter, waiting all alone at netball camp because her mother, otherwise engaged, has forgotten to collect her, and Isobel, daughter of a Shakespearean actress, in the aftermath of a crisis. Finally there's Mandy, who must choose between a life of crime or an alternate path.

Praise for LONDON ROAD: LINKED STORIES:
“…reminiscent of the writer who appears in one of the stories: the great Katherine Mansfield.”
Cynthia Rogerson, winner, V.S. Pritchett Memorial Prize for a Short Story, UK

REVIEW BY NINA SANKOVITCH, READ ALL DAY
"The short shorts in Tessa Smith McGovern’s collection London Road: Linked Stories really are made to fit within the palm of your hand — her delightful and fresh stories are available as apps for your phone or can be converted for your e-reader.

Whatever way you take in the words of McGovern, just make sure you do. Her stories link the lives of residents in a halfway house on the outskirts of London. Based largely on McGovern’s own experiences — her mother operated a Halfway House in Sussex — , her characters come alive through a style that is unique and lovely. McGovern uses words both easily and luxuriously and her ability to evoke place, emotion, and possibility all within the confines of a very short story is amazing. I felt as if I personally knew each character, from Janice to Nora to Isobel to Bitty, and even Len down at the pub, and I cared about them all."

EXCERPT: WHEN JANICE BAILEY WALKED
The day Janice Bailey was released from prison was the hottest Friday on record in England. Even at eight thirty in the morning, heat waves rippled across yellow and brown fields and, as Janice walked away from the metallic clank of the closing door of Chorley Prison, her white pumps stuck to the black top, and birds sat silently in the trees.

She paused, remembering what she had been told: ‘Turn left outside the gate and keep going for twenty minutes until you come to the train station.’ The prison was off the bus route, so if no-one met you, you had to walk to the station in Chorley and catch a train to – where? London, Janice supposed. She hadn’t made any plans. What was the point? She was a fifty seven year old convicted criminal with no family – her parents were both dead and she’d never had children – and no prospect of a job. Who would want to hire her? She’d tried to ignore her release day, creeping nearer, because, if she had a choice, she would rather stay in prison. 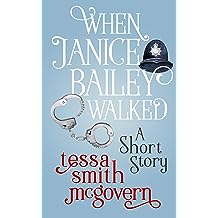 When Janice Bailey Walked: A Short Story (London Road Linked Stories Book 1) Apr 28, 2017
by Tessa Smith McGovern
( 1 )
$0.99
On the morning of her release from prison, the hottest day on record in England, Janice Bailey makes her way to a boarding house in London, and discovers a bizarre new world.

This is the award-winning first story in the collection, London Road Linked Stories. an Amazon best seller.

"...reminiscent of the writer who appears in one of the stories: the great Katherine Mansfield." Cynthia Rogerson, winner, V.S. Pritchett Memorial Prize for a Short Story, UK

KIRKUS RECOMMENDED REVIEW:
In seven short stories, residents of a London boardinghouse reach moments of clarity. On London Road, lined with scruffy shops, stands No. 17, a detached red-brick Victorian that's been turned into a boardinghouse. Its residents tend toward hard luck and desperation: Janice is just out of prison; Mandy is on probation; Bitty has a good education, but is scarred by her mother's frequent abandonments; and Isobel is mentally unstable. Nora, the landlady, writes romance novels but has experienced little romance herself, and her daughter, Anna, is disgusted by Isobel's outbursts.
Their interconnected stories take place on a day of unusually hot weather, and focus on one resident at a time, with Janice's story told in two parts. In each, characters have a chance to make a leap of faith in other people, or in the future. In "The Walls of Buckingham Palace," for example, Nora--who adores the queen--reflects on an uneasy encounter with Len, her local pub's new landlord, who drank too much and frightened her off: "But every night since, her sleep had been disturbed by longings she thought had long since been vanquished." It takes queenlike courage for her to return to the pub, where she finds that Len is apologetic, sincere, and kind. Pointing to a framed photograph of the queen, he remarks, "You remind me of her, you do"; nothing, of course, could better gain her trust and win her over.

Though spare and fast-paced, McGovern's (Cocktails for Book Lovers, 2014, etc.) tales evoke entire biographies. She focuses on illuminative details and subtle, turning-point moments, as when Mandy, a young woman on probation, reacts to her mandatory book group's reading of Katherine Mansfield's 1922 short story "The Garden Party." It stokes her resentment, as she doesn't even know if people still give garden parties. Mandy makes plans to shoplift again, but something about the book group leader's hopefulness and the invitation to give her honest opinion sparks her determination to win--maybe a literary argument, or maybe more chocolate wafers. Tales with subtle, positive but never saccharine transformations that feel fully earned." 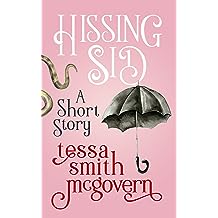 Hissing Sid: A Short Story May 24, 2017
by Tessa Smith McGovern
$0.99
An impulsive English widow living in a tiny village in Devon needs a second chance. Will she get it? A short story by an award-winning British author.
Read more 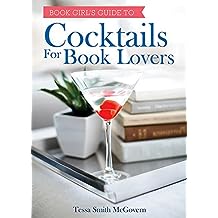 The perfect pairing for anyone with a literary thirst!

From Jane Austen's little-known fondness for wine to Hemingway's beloved mojitos, literature and libations go hand in hand. Cocktails for Book Lovers blends these in a delectable book that will delight both readers and cocktail enthusiasts alike. This irresistible collection features 50 original and classic cocktail recipes based on works of famous authors and popular drinks of their eras, including Orange Champagne Punch, Salted Caramel and Bourbon Milkshakes, and even Zombie Cola. So dip in, pick your favorite author or book, and take a sip—or start at the beginning and work your way through. Cheers! 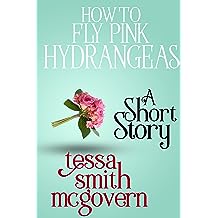 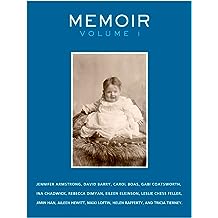 Moving, funny and beautifully written, eChook's first collection of stories by multiple authors, Memoir, Vol.1, features a range of voices - twelve women and one man - compelling stories that will delight and entertain.