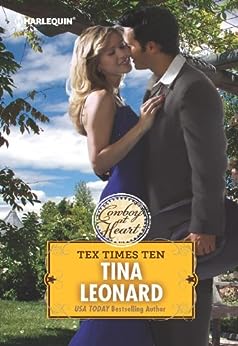 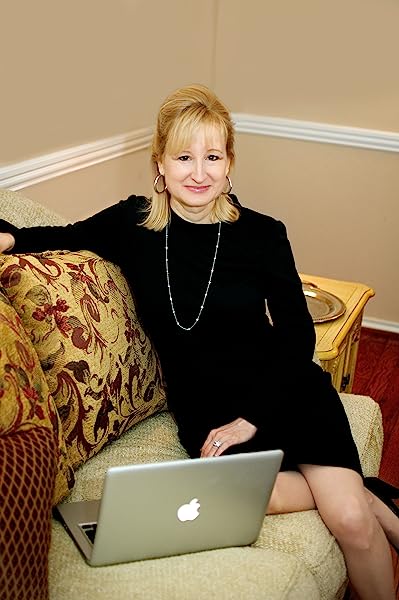 by Tina Leonard (Author) Format: Kindle Edition
See all formats and editions
Sorry, there was a problem loading this page. Try again.
She Was Very, Very Good!

Running from relationships was a surefire way to get caught in the marriage trap—and ragged on by his brothers. But no matter what those rascals said, Tex Jefferson wasn’t afraid of intimacy—or good girls. And to prove he was man enough to avoid the now-and-forever bonds of wedlock, he planned to temporarily marry Cissy Kisserton, the prettiest, naughtiest man magnet in Texas. But somewhere between I do and make-believe bliss, his sinfully sexy wife became the most delectable, upright girl in town. Wicked she wasn’t…so why was this love-’em-and-leave-’em cowboy tempted to accept forever—with her?
Read more
Previous page
Next page

New York Times and USA Today Bestselling and award-winning author Tina Leonard has sold over 3.2 million books, making the New York Times, USA Today, Amazon, Waldenbooks, Bookscan, and Ingrambook bestseller lists. She has published over seventy titles with Samhain Publishing, Harlequin Books, London Bridge, and Diversion Books. Leonard is known for her sparkling humor, endearing communities, snappy dialogue, and memorable characters that include sexy hunks with attitude and heroines with plenty of sass. In 2015, her book The Rebel Cowboy's Quadruplets made the NY Times bestseller list and was nominated for a Reviewer's Choice award by RT Book Reviews. Join her at www.tinaleonard.com, www.facebook.com/authortinaleonard, www.pinterest.com/TinaLeonard1, and www.twitter.com/Tina_Leonard for more on her upcoming releases.

Lisa Rumsey
5.0 out of 5 stars tex times ten
Reviewed in the United States on March 22, 2014
Verified Purchase
I loved this book.it read great couldn't put it down. I loved it so much I wish they had a sequel to the book. It's a must read book.
Read more
One person found this helpful
Helpful
Report abuse

harleygirl
5.0 out of 5 stars Tex Times Ten
Reviewed in the United States on April 27, 2012
Verified Purchase
Running from relationships was a surefire way to get caught in a marrage trap and get ragged on by his brothers. But no matter what those rascals said, Tex Jefferson wasn't afraid of intimacy or good girls. And to prove he was man enough to aviod the now and forever bonds of wedlock, he planned to temporarily marry Cissy Kisserton, the prettiest, naughtiest man magnet in Texas. But somewhere between I do and make believe bliss, his sexy wife became the most delectable, upright girl in town. Wicked she wasn't so why was this love'em and leave'em cowboy tempted to accept forever with her?
Read more
Helpful
Report abuse

kimlkapsh
5.0 out of 5 stars her books are my fav
Reviewed in the United States on July 2, 2013
Verified Purchase
favorite series. I love tina leonards series. I have bought her other ones also. She is a wonderful author and her books keep me reading.
Read more
One person found this helpful
Helpful
Report abuse

Butch
5.0 out of 5 stars 12 Book Sereis
Reviewed in the United States on December 23, 2012
Verified Purchase
I've been reading Tina Leonard's twelve book series, Cowboys By The Dozen. I'm finding the series an enjoyable read. I would recommend the series.
Read more
One person found this helpful
Helpful
Report abuse

GOOD READ. Well written, unusual characters reminiscent of old-style westerns, great family theme with a large supporting cast, sassy, funny dialogue, and a sweet, yet sizzling romance. HOWEVER, the storyline is a bit contrived, and while in keeping with a "boys" only family, the sexists attitudes and childish, male testosterone-driven antics can be a little exasperating.

THE STORY revolves around evasive bachelor who admittedly likes his women a little trashy, Tex Jefferson, and receptionist Cissy Kisserton, who was hired by the hair salon owner because her looks pull in the "bad boy" crowd. But sweet, good-hearted Cissy, isn't anything like her public image. She desperately wants to break her employment contract, but there are only three ways out, become ugly, become pregnant, or get married. Tex steps up to volunteer for the get married "out," provided it's only temporary. After running away, getting hitched, and spending time together, Tex finally figures out that temporary isn't enough.

OVERALL, an appealing storyline with a surprisingly charming romance. Writing style has a yesteryear country-feel which takes a little getting used to. Recommend you read the earlier books in the series, first.