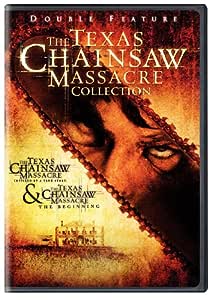 4.3 out of 5 stars
4.3 out of 5
34 global ratings
How are ratings calculated?
To calculate the overall star rating and percentage breakdown by star, we don’t use a simple average. Instead, our system considers things like how recent a review is and if the reviewer bought the item on Amazon. It also analyzes reviews to verify trustworthiness.

Lemon_Tea
5.0 out of 5 stars Love it.
Reviewed in the United States on June 4, 2019
Verified Purchase
The disk came a little scratched (would freeze or crash on my laptop, skip on my DVD player). However, the sellers were very helpful and offered me a refund if I returned it.
I instead decided to take it to a local shop and have it repaired/polished, in the hopes that would fix it, and lo and behold! Apart from a little skip in the end credits, it runs perfectly. No return needed :)
I absolutely love these movies and would definitely buy from this seller again.
Read more
Helpful
Report abuse

Erin King
4.0 out of 5 stars Always good to get two entertaining horror flicks in one package!
Reviewed in the United States on March 3, 2015
Verified Purchase
Always good to get two entertaining horror flicks in one package. "The Texas Chainsaw Massacre" remake with Jessica Biel is worth watching for its utter creepiness and shockingly fast-moving scenes between the main characters and Leatherface. "Texas Chainsaw Massacre: A New Beginning" definitely exceeded my expectations given that I wasn't expecting much, having seen my share of disappointing movies from this genre. The acting and action are surprisingly good, with a healthy dose of suspense. Fair warning: they don't go easy at all on the gore. Refreshingly, the main characters aren't mere 2-dimensional Ken-and-Barbie cutouts; they are actually interesting to watch and you cannot help genuinely caring about what happens to them. I would definitely recommend this high-strung thriller to any horror film fan.
Read more
One person found this helpful
Helpful
Report abuse

Sky
VINE VOICE
3.0 out of 5 stars Texas Hold 'em...Then Kill 'em
Reviewed in the United States on January 22, 2007
Verified Purchase
When you talk about the TV shows Desperate Housewives, 7th Heaven, CSI, The OC and even The Guiding Light wouldn't you think it strange to mention The Texas Chainsaw Massacre in the same breath? Similarly, when you say R. Lee Ermey you're usually not talking about 2003 and 2006's Texas Chainsaw Massacre films, right?

Ah, and let's not forget the up and coming Jessica Beil (2006's The Illusionist); while the 2003 remake of Texas Chainsaw was one of her first big screen films, I expect that we'll see a lot more leading roles from this fine young talent in the future.

I was lucky enough to find a very inexpensive 2 pack on sale at Amazon for the price that just one of the disks is selling for today. Unfortunately, as of this writing I see that Amazon isn't offering the same deal, but the two pack is still available.

Enough trivia. About the movies.

Might as well start at The Beginning (2006). The Texas Chainsaw Massacre: The Beginning was perhaps one of the top 5 most shockingly brutal movies that I have ever seen. Torture. Brutal murder. Intense violence. All acted out superbly by a cast that mostly made you believe that this horrible stuff was happening.

The Beginning was directed by short-resumed Horror vet Jonathan Liebesman, and he mostly kept it real. He made his actors take their rolls seriously, unlike so many Horror movies that throw in teenage camp to dumb down the shock. Liebsman had only a few "oh c'mon that would never happen" scenes versus almost an "oh my God" ever 5 minutes throughout the 96 minute Horror gala (that's like 25 'oh-my-Gods').

The over the top and stretch the imagination scenes are enough to bring the film down a notch, but I was out of breath after exposure to so much shock and awe by the time the credits rolled. So The Beginning was affectively above average.

The thing about The Beginning is that you know it's not the end. No happy ending expectations here; just a sense of dread for all who come in contact with Sheriff Hoyt's family of degenerates. The Beginning is the prequel that plays right into The Texas Chainsaw 2003 remake of the original 1974 Tobe Hooper cult classic that shocked the nation. Hooper had oversight as a producer in both Texas 2003 and 2006.

2003's remake was probably about 1/2 as brutal as the 2006 (unrated version) story of The Beginning, so that should speak volumes as to how to set your expectations. Texas 2003 continues the murderous story of the unfortunate that ventured to close to Sheriff Hoyt's jurisdiction.

Shock and awe (or should I say shock and gore) should not be confused with greatness. Both Texas 2003 and 2006 were good Horror movies. They were better gross-out movies. So all in all, if you're into Horror, these moves do indeed epitomize the genre. They are good...not great. If you are rating these on shock these two are at the top of the list. If you're looking for other impressionable films to have crossed the screen in the past 25 years or so, click on my name above and check out my Amazon Listmania List of 15 Flicks Guaranteed to Leave A Permanent Impression.
Read more
One person found this helpful
Helpful
Report abuse

David
1.0 out of 5 stars Bad DVD
Reviewed in the United States on October 28, 2018
Verified Purchase
Put DVD in for a relaxing to watch and big disappointment DVD stop playing several times and had to skip chapters just to get through it.
Would not recommend or buy again
Read more
2 people found this helpful
Helpful
Report abuse

Devan green
1.0 out of 5 stars I cant believe this...
Reviewed in the United States on October 6, 2018
Verified Purchase
I WAS SCREWED. THERE WAS NOTHING IN THE DAMN DVD BOX!!!!!! I AM PISSED!!!!!
Read more
2 people found this helpful
Helpful
Report abuse

zoe whyte
1.0 out of 5 stars One Star
Reviewed in the United States on August 5, 2015
Verified Purchase
got it to take out of country.. didn't work -__-
Read more
Helpful
Report abuse

Page 1 of 1 Start overPage 1 of 1
Previous page
Next page
Pages with related products. See and discover other items: new thriller movies on dvd