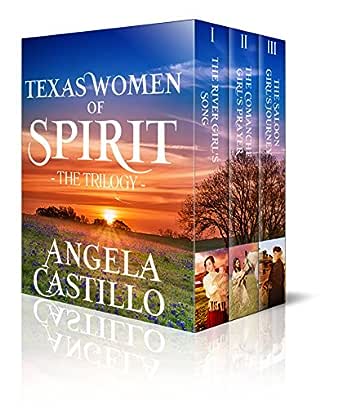 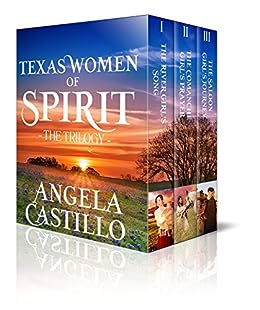 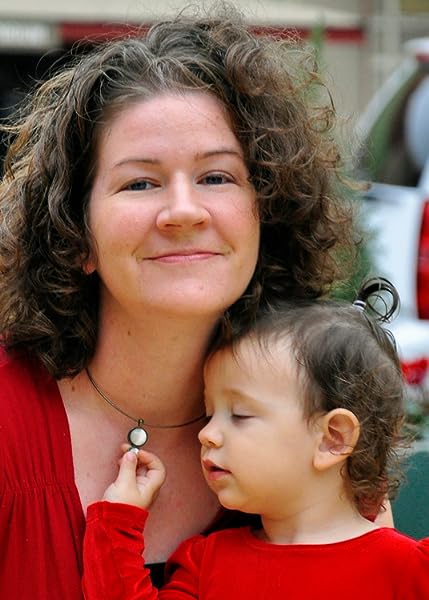 4.6 out of 5 stars
4.6 out of 5
204 customer ratings
How does Amazon calculate star ratings?
Amazon calculates a product’s star ratings based on a machine learned model instead of a raw data average. The model takes into account factors including the age of a rating, whether the ratings are from verified purchasers, and factors that establish reviewer trustworthiness.
Top Reviews

bets29Top Contributor: Historical Fiction Books
5.0 out of 5 stars Well written novels
Reviewed in the United States on April 13, 2017
Verified Purchase
Very well written novels - 3-in-1
Exciting, discouraging, depressing, joyful, understanding, wishful, - so much going on with never a dull moment.
Each about women and the struggles they have had and how they have overcome them. Each is mainly about 1 particular but also tells of other females. Worth reading
And I just purchased #4 to continue this series.

Kindle Customer
5.0 out of 5 stars Love these "g rated" books
Reviewed in the United States on July 23, 2017
Verified Purchase
Love these "g rated" books. I love romance but do not appreciate the explicit sexual content that you find in most romance novels. I keep searching for romance I can read and enjoy without having to skip 1/2 the book. These met the need and are lovely stories.
Read more
12 people found this helpful
Helpful
Comment Report abuse

Jane Jones
TOP 1000 REVIEWER
5.0 out of 5 stars Texas Women of Spirit Trilogy
Reviewed in the United States on June 25, 2019
Verified Purchase
The Texas Women of Spirit' is a trilogy where one book flows into the next telling the story of three girls and how they overcome obstacles and find happiness in the Texas wilderness.

The first book in the series is 'The River Girl's Song' and tells the story of Zilla Bright and how she fights to keep the family farm, raise her infant baby brother and find happiness with Wylder Eckhart.

The second book is about Wyler's sister Sonnie Eckhart and her journey to become a school teacher to in a group of illegal Native Americans living in North Texas off the reservation. She faces many dangers and find her happiness with Lone Warrior, a strong Kiowa warrior that saves her and finds his way back to God in 'The Comanche Girl's Prayer'.

The final book of the trilogy is 'The Saloon Girl's Journey', the story of Darla and how she leaves her former life and finds her way to safety and happiness at Ma Down's house doing good works in Dallas along with Ethan Downs. It is full of adventure, humor and interesting characters she meets in her travels.

I enjoyed all three books, each for a different reason and look forward to the next book in the series.
Read more
One person found this helpful
Helpful
Comment Report abuse

Digby
4.0 out of 5 stars Enjoyable reading!
Reviewed in the United States on April 28, 2017
Verified Purchase
Really these three books! The fact that they are set in Texas was one of the reason I got them, as I'm a Texan, but the story line kept me reading! If you enjoy history, you'll really love these!!!
Read more
12 people found this helpful
Helpful
Comment Report abuse

The Voracious Reader
4.0 out of 5 stars Trilogy of the West
Reviewed in the United States on October 24, 2019
Verified Purchase
Texas Women of Spirit Trilogy - 4

The River Girl’s Song – 4
Zillia Bright’s life had become a lot harder after her father died and her mother married Jeb. But when her mother dies in childbirth, things become even worse. Jeb runs off and leaves her with an infant to take care of and a farm to manage. She would never have been able to make it without the help of neighbors, especially Wylder and Soonie. But how long can she hold on, and what will the future hold?

This was a likable story, although it turned a little flat in a few places. I found few if any mistakes, and it had a good ending. I look forward to reading Soonie’s story in the next book

The Comanche Girl’s Prayer – 5
When Soonie Eckhart’s uncle tells her of the need for a teacher in his secreted Comanche and Kiowa village, Soonie feels she must go. Things there seem strange at first, and she misses her family. A Kiowa man called Lone Warrior doesn’t help when he seems to have nothing but disdain for her, but things can change. As they face the dangers of being off the reservation in 1890, the future will hold many uncertainties and surprises.

I didn’t think I would like this novel at first, but I was wrong. It pulled me in quickly. The ending was rushed and felt incomplete, but the story was still good enough that I gave it 4.5 stars, which rounded up to a five.

The Saloon Girl’s Journey – 3
Darla North, the saloon girl from the last book in the series, goes to stay in a “home for unfortunate women,” however she is determined to not let anyone learn of her past. Ethan Downs, the proprietor’s handsome son takes an interest in her, but when she thinks he might learn of her past, she runs away with a medicine show. Ethan goes after her, determined to track her down despite all the delays and obstacles.

I found this book too disjointed and haphazard. Darla had hated her saloon days and didn’t want anyone to learn of it, so it made no sense that she would be drawn to a saloon the first chance she got. She would not have been worrying about how she curtsied in the late 1800s because no one curtsied by then, and certainly not in the West. A “leather duster jacket” seemed a strange term. A duster is a long coat and a jacket is short. Vindicating the medicine show and Dr. Ebenezer's character also seemed a stretch. All the things that kept Ethan from finding Darla reminded me of the old-time, silent movie plots, and God’s name was even taken in vain once. This book was not a favorite.
Read more
Helpful
Comment Report abuse

Texas Jen
5.0 out of 5 stars An unexpectedly wonderful read!
Reviewed in the United States on September 2, 2017
Verified Purchase
What an unexpectedly wonderful read! Often with book series, when the first book is done, I think how can next match that? Well, Angela Castillo has done it! I've just finished book 3 & have the biggest smile on my face! Angela has kept the momentum going from book 1, page 1! She weaves together believable stories with wonderful characters, wrestling with every day situations with the strength of their faith! Her characters aren't perfect (just like us) & she uses their lives to remind us God is never more than a prayer away. I need this constant reminder in my life! Angela Castillo, you're my new favorite author! I highly recommend this author & this series of books! I can't wait for what's next!
Read more
4 people found this helpful
Helpful
Comment Report abuse

Bqueen
5.0 out of 5 stars Texas women of spirit trilogy
Reviewed in the United States on September 7, 2017
Verified Purchase
10-Star rated. AWESOME story of 3 brave young women and their strength of character is so outstanding that it keeps you turning the pages in anticipation of what's next. Storylines are creative, action-packed, characters are multi-faceted and supporting characters lives are impractical as well. Highly recommend to Lovers of Book Readers...can't wait to read book 4.
Read more
4 people found this helpful
Helpful
Comment Report abuse

sunny girl
4.0 out of 5 stars Good story line
Reviewed in the United States on June 29, 2017
Verified Purchase
This is the 3rd book of the trilogy. Although I was expecting the story to be focused on a different character from the 1st book, I was not unpleasantly surprised by the story's turn. The plot did not drag, an entirely new cast was introduced and it turned in a new direction to a good conclusion. Anxious to find the newly announced 4th book!
Read more
4 people found this helpful
Helpful
Comment Report abuse
See all reviews from the United States

The Devil in the Dust
5.0 out of 5 stars The Texas women of Spirit Trilogy
Reviewed in the United Kingdom on October 1, 2018
Verified Purchase
A delightful book. All three stories were really interesting and lovely that they followed on. It was a good book to have on holiday
Read more
Helpful
Sending feedback...
Thank you for your feedback.
Sorry, we failed to record your vote. Please try again
Report abuse

Hoener, Birgit
3.0 out of 5 stars sweet
Reviewed in Germany on May 11, 2019
Verified Purchase
Three books, following the hard lives of three friends in the Texas area in the late 1890ies. Three good Christian romances; I do not know enough about the history to really say if the author - as she assures the reader - has done extensive research, but from where I stand, some occurrences or actions by the protagonists seemed to be a little far-fetched to me. But as I said, I do not know enough about this history or this area.
The characters were very likeable, the narration style fluid and keeping the plot going nicely along. Not a cowboy versus Native Indian story with lots and lots of bloodshed, not nail-biting tension as in an adventure story perhaps, but nice and heartwarming stories of how to survive in a hard country and in hard times, and still stay in your faith.
Read more
Helpful
Sending feedback...
Thank you for your feedback.
Sorry, we failed to record your vote. Please try again
Report abuse

Amazon Customer
4.0 out of 5 stars Thoughtful and endearing to your heart...
Reviewed in Canada on December 10, 2018
Verified Purchase
Will think about these young women and their grace and courage to look for joy daily..really enjoyed the soulful trilogy.
Read more
Helpful
Sending feedback...
Thank you for your feedback.
Sorry, we failed to record your vote. Please try again
Report abuse
Load more international reviews