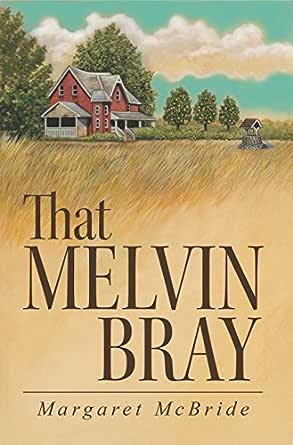 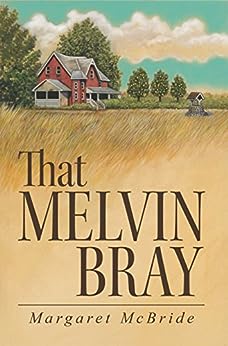 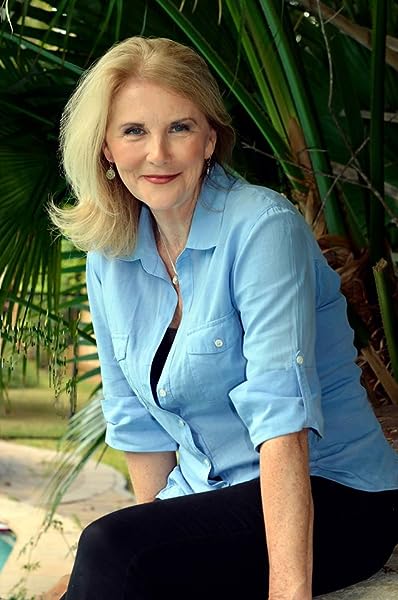 Born in North Carolina, the author is a daughter, sister, wife, mother and grand-mother. She considers life and forgiveness the ultimate gifts and writes about them in her first novel, sharing poignant memories of struggles and triumphs of some amazing people as they lived their gifts. She and her husband live in Atlanta. --This text refers to the hardcover edition.

4.7 out of 5 stars
4.7 out of 5
112 customer ratings
How does Amazon calculate star ratings?
Amazon calculates a product’s star ratings based on a machine learned model instead of a raw data average. The model takes into account factors including the age of a rating, whether the ratings are from verified purchasers, and factors that establish reviewer trustworthiness.
Top Reviews

Gary Hulin
5.0 out of 5 stars "That Melvin Bray" Author Margaret McBride A review by Gary Hulin, Designer and Architect
Reviewed in the United States on July 10, 2017
Verified Purchase
With masterful metaphor, descriptive imagery, frequent quips and home-grown language, Margaret McBride has sucessfuly embraced the themes of forgiveness, endurance of the human spirit and optimism in the face of extreme adversity.

Her mystery novel centers on an ebb and flow between physical, mental and emotional stresses encountered by a family that otherwise held Hope for a future beyond the evils of an alcoholic father. Maggs, who I suspect was much like the author, was the kind of person that carried with her the right teachings of her mother along with a fierce devotion for family even as she fought to forgive the one that was responsible for so much fear and grief in the young lives of her and her siblings.

This beautifully constructed mystery novel is no doubt also a work of love as can be felt and seen in the character of each family member seeking to flee the physical violence of their father. The ebb and flow of tragedy mixed with the Hope for a better time were re-occurring themes that sometimes hint at the dark side of family relationships. Following each episode of pain was the mother's mantra to "live life the best you can with what you have" and the eternal optimism to do just that. It was her mother that reminded her to "remember the sadness but remain strong in the face of it and grow in the Love that will set you free". I am truly impressed with this "work of love" and I say this with conviction: I was literally brought to tears on 9 occasions.
Read more
4 people found this helpful
Helpful
Comment Report abuse

Jim C
5.0 out of 5 stars heart-warming story and a gripping mystery
Reviewed in the United States on March 21, 2019
Verified Purchase
I became interested in Ms McBride’s book, “That Melvin Bray”, because, like Magg, I grew up in a small cotton mill “one-stop-light town” not far from where she spent her early years. Also, as a son of an alcoholic father, I can identify with many of her experiences. I have recently communicated several times with Ms McBride via Facebook and found her to be charming, easy to communicate with, very religious, and upbeat; obviously she knows no strangers. Forgiveness is complicated and no doubt a long and challenging path, but with a religious background, she is able to provide the inspiration and desire for Magg to follow it.
The novel has three parts woven into an inspirational thriller: Magg’s reunion with her childhood friend, Lizzy, a psychiatrist, to review their childhood experiences and help Magg with her childhood scars and struggle with forgiveness. Conversations between them often suggested to me the kind of humorous dialog that they surely had during their college sophomore years.
Part 2 takes place 35 or so years earlier as Magg’s flashbacks reveals many experiences as a 5 and 6 year old having to learn to deal with an irresponsible, alcoholic father’s adult problems which at times became violent. Yet, the flashbacks also reveal the dear hearts and gentle people in a small town in the middle of the Bible Belt that those of us who grew up in such a place during the late 40s and 50s can remember and appreciate as much as Southern fried chickin’. Magg was one of 9 children that bonded admirable in their challenges, no doubt with the religious influence of their mother, aunt, neighbors, and local community.
Part 3 is the mystery, clues to which were planted early in the story. Although against odds, things that recalled the mystery and led to its conclusion were discovered 35 years later while Magg was visiting her friend Lizzy. The trail that followed was well organized and detailed. Readers will not want to put the book down. For me, the conclusion was satisfactory for those who needed closure, but one question was not resolved. It may linger in the minds of many of us. Sometimes I think it’s just part of the writer’s craft. We won’t forget the book.
Finally, Magg’s family get together after 35 years, and Magg explains what has happened to her other 8 siblings. The book is both a heart-warming story and a gripping mystery.
Read more
Helpful
Comment Report abuse

B Gray
5.0 out of 5 stars from the heart about hearts
Reviewed in the United States on February 19, 2014
Verified Purchase
That Melvin Bray is so clearly written from the heart about hearts. My hometown classmate Margaret McBride ("Doll" as I know her) vividly reveals characters whose hearts range from the dark, cold and cruel to the shinning, warm and loving and all the numerous ones in-between. If you have a tender heart, do have tissues nearby. Her first novel has it all. It is a psychology, sociology, philosophy, spiritual, self help (the only kind the main character buys), history and mystery book "soaked" in authentic small town southern culture and language all in just 293 pages. She presents the reader with 30 intriguing chapter titles followed by memorable quotes that are beautifully woven to unveil the story that has become a part of my heart. Even as I give it 5 stars, my mind which I self describe as "cerebral cinema" sees 2 references to gold stars from her wonderful book. I have never written a book review. I chose not to read the tips and guidelines until after I had submitted. I may regret that, but these are simply my words from my heart to yours. Gayenelle West Gray
Read more
8 people found this helpful
Helpful
Comment Report abuse

Tamila Dover
5.0 out of 5 stars Freedom in Forgiveness
Reviewed in the United States on October 18, 2018
Verified Purchase
That Melvin Bray will captivate you. A flood of emotions...sadness, anger, love, numbing pain. I finished this book in two days and went on this roller coaster of emotions. It left me hungering for more after becoming so deeply attached to these 9 siblings. If I had to describe this book in just one sentence it would be the truth shall set you free. If I had to describe it in just one word it would be powerful.
Read more
2 people found this helpful
Helpful
Comment Report abuse

Delores
5.0 out of 5 stars Delores Peck
Reviewed in the United States on July 12, 2014
Verified Purchase
I love reading southern authors and what made this one special is because we grew up in the same southern town, went to the same schools and graduated from the same high school in 1965 and I consider her a friend. You did it Margaret! You actually put pen to paper or fingers to computer and wrote a wonder heartwrenching novel that so many people can relate to. I loved your style of writing and as certain things were described in the book I found myself in tears. I also related in a personal way as I grew up in a family with an alcoholic father. I also enjoyed the southern phraseology and the mystery that ensued. I have recommended this book to several friends and look forward to your next book.
Read more
2 people found this helpful
Helpful
Comment Report abuse
See all reviews from the United States