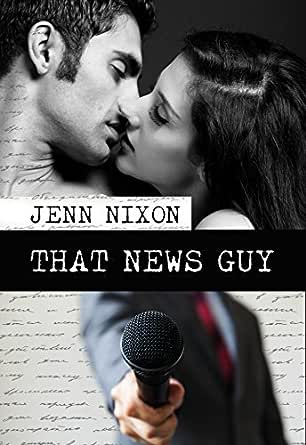 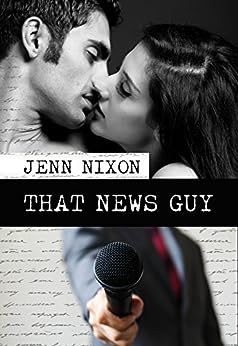 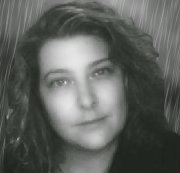 Andrew C Earl
5.0 out of 5 stars Fun Spicey New Romance that will keep you Emotionally Invested!
Reviewed in the United States on February 19, 2018
Verified Purchase
Loving Jenn Nixon's MIND series I jumped on reading "That News Guy" even though I don't read much romance. It felt like a natural fun story with a chance meeting by two people who didn't realize how much they needed each other. Trapper and Jessica come from different worlds but still share a passion for the news. Enamoured by her shyness, Trapper realizes that Jessica is what he needs in his life all though she is not convinced it is best for him. Nixon does a great job tugging at the readers heart strings as well as steaming up the room and raising blood pressures with her witty erotic prose. I thoroughly enjoyed "That News Guy" and recommend it to anyone who enjoys a fun story that also will make you fan your face on occasion.
Read more
2 people found this helpful
Helpful
Comment Report abuse

Reviewer
5.0 out of 5 stars funny, hot and steamy romance
Reviewed in the United States on February 19, 2018
Verified Purchase
This is a cute, funny, hot and steamy romance. The characters are grown adults and both know what they want. Even though one of them is adorably shy. This is a contemporary romance, a genre I don’t reach for often, but this one was just so darn funny and cute that I could not put it down. I loved the relationship and the lead guy was definitely swoon worthy, and the lead lady was real enough to be completely relatable. I would recommend this one to all romance lovers, as well as anyone who liked to read. Loved it,
Read more
2 people found this helpful
Helpful
Comment Report abuse

Melannie S
5.0 out of 5 stars Great steamy romance!
Reviewed in the United States on May 3, 2018
Verified Purchase
I loved Jessica and Trapper's chemistry. They work perfectly. I love that the characters are older and not children. Great read!
Read more
One person found this helpful
Helpful
Comment Report abuse

readergal
5.0 out of 5 stars Readergal likes this book
Reviewed in the United States on June 1, 2018
Verified Purchase
Strong characters, great scenes and an even greater romp thru their bedrooms. Totally worth the read. Hope there will be more with Trapper and Jess.
Read more
Helpful
Comment Report abuse

Carol LaGatta
5.0 out of 5 stars A fun, sexy and page turning read
Reviewed in the United States on February 19, 2018
I requested and received and ARC of this book. I am reviewing of my own volition.

As always when I pick up a book by a new author I wasn't sure what to expect. I was pleasantly surprised with this addition to my library.

Trapper Del rio is a very popular television newscaster about to give his career a twist. Having signed up to embed in a deployment, reporting on conditions overseas he is about to do some extensive training to get in shape.

Jessica runs the juice/smoothie bar at TFA Training Center. This is not your typical gym, the trainers here cater to the elite helping each client meet a specific goal in a set amount of time. There are rules about client/employee relationships, Jessica now has a problem as the one celebrity on the planet she has a crush on begins his training.

Now Jessica doesn't get fired for fangirling and the comedy of errors as these two begin dating is fun and sexy. The challenges of dating a well known person combined with Jessica's common sense lead to an intense beginning of a relationship.

I laughed and cried and held my breath as this tale unfolds.

I also fell in love with a bunch of characters here, I hope this continues into a series.

Kelly Smith Reviews
5.0 out of 5 stars Sweet, sexy, and emotional.
Reviewed in the United States on February 19, 2018
I wasn't sure what to expect when I saw that Nixon was writing contemporary romance, after reading Tiva Boon and the first MIND book. Plus, contemporary hetero romance is usually not my thing, but I gave it a shot and was so glad that I did!

The story centers around Trapper, a news reporter with a jaded past who needs to get in shape to travel to a war zone for a journalism project, and Jessica, a thick (she's not fat, she's thick) woman who works at the Smoothie Bar in the gym Trapper attends.

The story starts with their meet-cute, where Jessica is so starstruck she's nearly speechless. Right off the bat I liked her. She's intelligent, witty, and extremely realistic. She doesn't let her weight bring her down, either. Despite heading into her forties, she's portrayed as a sexy, vivacious, spunky female lead. As someone who is of a similar body type, I loved seeing a woman like her as a sexy heroine and think that other authors should follow suit.

Without giving too much away, think of this book as a Hallmark movie with sex. There's instant attraction (but NOT insta-love, thankfully), cute banter, first dates, and extremely emotional blow-ups. At one point, I had tears in my eyes and was worried for one character's survival rate.

The secondary characters are also something to talk about. Trapper's so-called "friend" needed a good beating, but his other friend who owns a restaurant was really likable. Rava, a trainer and friend of Jessica's, was by far my favorite character. I really, really want a spin-off with her!

All in all, this was a great book with hot sex, deep emotions, great characters, and tackles body-image issues in a profound, very realistic way. Jenn Nixon has a real winner here, and one of the best romances I've read in a while.
Read more
One person found this helpful
Helpful
Comment Report abuse
See all reviews