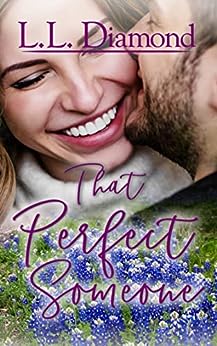 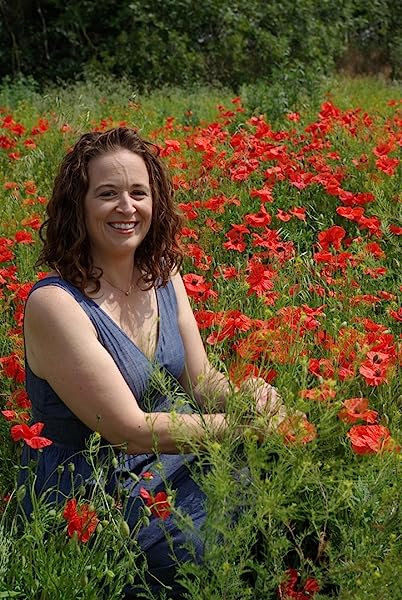 That Perfect Someone Kindle Edition

by L.L. Diamond (Author), Carol S. Bowes (Editor) Format: Kindle Edition
See all formats and editions
Sorry, there was a problem loading this page. Try again.
Lizzy Bennet has her life sorted—well, sort of. She’s a successful veterinarian, working with her brother, Chase, in the family’s practice, she has her friends and family, and she has her petite gray cat, Evie. But, the one thing Lizzy doesn’t have is a boyfriend. Men have just never worked out for her. When William Darcy shows up at her clinic to have his horse examined, he’s not exactly oozing charm, so why does her heart go pitter patter whenever he turns his arrogant gaze in her direction? He’s aloof, he’s distant, and by the way he looks at her, he thinks she’s an idiot, which is why she absolutely refuses to develop a crush on him. After all, why would any self-respecting woman pine over a man who’s not interested?

William Darcy just relocated to the Texas Hill Country after leaving his cheating fiancé and thieving father behind in Maine. His focus should be setting up his new stable and his horse breeding business and not the pretty auburn-haired veterinarian, but with Lizzy treating his horse, he can’t avoid her, can he? The biggest problem is he can’t stop thinking about her, and even his sister Ana has noticed the object of his preoccupation. He needs to get some space from her. A relationship between the two of them would be nothing but disaster!

Meanwhile, a suspicious accident at the Longbourn stable is reminiscent of an incident from his past and throws him into Lizzy’s path. All he wants to do is keep her safe, but she’s the most stubborn, headstrong woman he’s ever met. His biggest challenge now is to resist temptation whenever she’s around. How difficult can that be? It’s not like she’s that perfect someone.

L. L. Diamond is more commonly known as Leslie to her friends, and Mom to her three kids. A native of Louisiana, she has spent the majority of her life living within an hour of New Orleans until she vowed to follow her husband to the ends of the earth as a military wife. Louisiana, Mississippi, California, Texas, New Mexico, Nebraska, England, and now Missouri have all been called home along the way.

Aside from mother and writer, Leslie considers herself a perpetual student. She has degrees in biology and studio art, but will devour any subject of interest simply for the knowledge. As an artist, her concentration is in graphic design, but watercolor is her medium of choice with one of her watercolors featured on the cover of her second book, A Matter of Chance. She also plays flute and piano, but much like Elizabeth Bennet, she is always in need of practice!

Teresita García Ruy Sanchez
5.0 out of 5 stars Great modern variation
Reviewed in the United States 🇺🇸 on December 8, 2022
Verified Purchase
It keeps the characters traits and personalities in a different setting. The plot is engaging and romantic and very imaginative.
Read more
Helpful
Report abuse

Melissa
5.0 out of 5 stars Absolutely lovely story
Reviewed in the United States 🇺🇸 on May 5, 2022
Verified Purchase
4.5 *'s out of 5. I loved this story, The writing was excellent, the storyline was interesting, engaging, and perfectly timed. I loved the characters--just enough of the ones we love to hate but not so much as to get annoying. Darcy was swoon-worthy--just the right amount of gruff before turning into a giant fluffball; Elizabeth, strong, independent, and stubborn--but not so much you wanna punch her. Just...perfect. I love, love, love the inclusion of a trans and pan character. Wonderful representation for a woefully underrepresented demographic.

I have just one little piece of criticism. Lizzy and Darcy's hesitancy to enter a relationship. There wasn't any real reason for it. Lizzy didn't have any past terrible relationships, just didn't want to get her heart broken. Which, ok, I get; who does? But everyone has to go through a little heartbreak before they finally find happiness. And other than Darcy being a little standoffish the first time they met and the watered down insult--for which he immediately apologized--there wasn't really any reason to believe she would? Until she learned about his past--which came after she'd already decided to guard herself against the attraction she felt--she had no reason to think he'd hurt her.

As for Darcy, I'm getting tired of the "I've been hurt before so I'll never love again" trope. It especially bugged me that he used the excuse of his ex having been a veterinarian as a reason to avoid Lizzy. Cuz all vet's are the same and Lizzy couldn't possibly be different?

Other than these reasons, I absolutely loved the book. I laughed, I held back tears, I loved it. Wholeheartedly recommend.
Read more
Helpful
Report abuse

Huffer
5.0 out of 5 stars Wonderful
Reviewed in the United States 🇺🇸 on June 12, 2022
Verified Purchase
Leave it to Ms Diamond to come up with an imaginative way to work in the characters from P&P so that they'll be relevant for a modern day application. I enjoy these variations in which Elizabeth is a veterinarian, I think this is maybe the third time I've come across this idea. Not only does this require her to be smart and responsible, but who doesn't like animals in the story? In this one, she's a part of her father's veterinary practice, and she specializes in horses. Jane is already married to Bingley, and she's a horse trainer. Mary and Kitty, called Katy, also help out at the vet practice. Lydia is a sullen and spoiled teen going through her toughest years. The Bennetts are located in Texas hill country. Darcy moves there from Maine after a falling out with his father, and he keeps horses, which means he'll meet Elizabeth.

Charlotte has a huge role in the story, and the circumstances place you firmly in the sex and gender issues of today's world. I think it's very well done, and very imaginative. The only real villain is Wickham, and boy is he a doozy! The romance is great, and feels natural. Of course Georgiana eventually shows up, and she's wonderful.

The book is well written and well edited. I recommend it highly.
Read more
One person found this helpful
Helpful
Report abuse

Kindle Customer
4.0 out of 5 stars Love modern adaptations
Reviewed in the United States 🇺🇸 on April 2, 2022
Verified Purchase
Elizabeth is a Veterinarian along with her father and brother Chase ( trans, and the modern Charlotte Lucas) in a town in Texas where Darcy's moved to along with his horses and sister. The beginning for the 2 is a bit rocky but that's mainly because of sexual tension!
Of course Wickham has to arrive in all his deplorable glory. Hiding from the authorities in Maine because of his assault on Miss Darcy, he proceeds to attempt to kill one of Darcy's horses several times before attempting to kill Elizabeth. Deplorable piece of garbage!
I enjoyed this new family - even Mrs Bennet is toned down a bit and while Lydia isn't the best of characters, she's not as terrible as in some adaptations. Caroline disappeared after a few minor appearances and the Bingley couple just pop in occasionally. All in all its a nice story with some fun non human characters and a few despicable acts.
Read more
Helpful
Report abuse

DrCatMom
5.0 out of 5 stars P&P for the 21st century!
Reviewed in the United States 🇺🇸 on April 10, 2022
Verified Purchase
A modern version of P&P that integrates themes of current times with many of the original characters. No, thankfully, it isn’t a rerun of canon, but an interesting story on its own.

Elizabeth is a veterinarian and a strong woman who is appreciated by everyone except her mother (of course). Darcy is a wealthy horse breeder and owner who initially displayed an implied reluctance to have a woman treat his favorite horse. The Bennetts are recognizable with the exception of Mr. B who is a supportive colleague and father who has the expected relationship with Mrs. B. Many of the villains have only a brief appearance and never reappear. Wickham is the exception there. Modern themes include having children before marriage, drug use, LGBTQ issues and animal cruelty, though not all have the same emphasis in the storyline.

Chase, as E’s brother, is a terrific addition to the book. Other favorites among the new characters are Lamont’s, Scylla, Evie, and Henry. Collins provides comic relief and led to a scene that causes me to laugh every time I think about it. Let’s hear it for colors, spikes, bumps and flavors! 😂

My only, personal, critique is that I would like to have more detail about the Darcy background, the two betrayals by D’s father and Anne, why Ana moved to Texas and Chase’s adoption and relationship with his birth family. Including all these peripheral stories would have made the book very long but deeper and richer.

Glynis
5.0 out of 5 stars Fabulous ❤️❤️
Reviewed in the United Kingdom 🇬🇧 on March 31, 2022
Verified Purchase
What a great love story! I especially loved the fact that there weren’t the usual eternal misunderstandings between Darcy and Elizabeth. Instead he was trying to deny his feelings for her and she didn’t think he returned her feelings due to something she heard. Wickham is his usual creepy, disgusting self. I’m not going to give spoilers but will just say how much I loved this book and definitely recommend it 🥰🥰🥰
Read more
Report abuse
See all reviews
Report an issue
Does this item contain inappropriate content?
Report
Do you believe that this item violates a copyright?
Report
Does this item contain quality or formatting issues?
Report