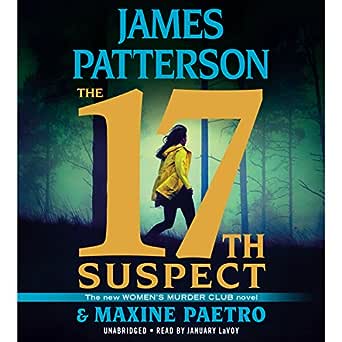 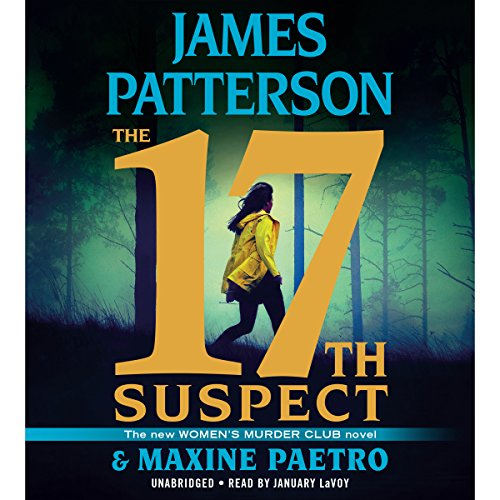 4.7 out of 5 stars
4.7 out of 5
5,539 global ratings
How are ratings calculated?
To calculate the overall star rating and percentage breakdown by star, we don’t use a simple average. Instead, our system considers things like how recent a review is and if the reviewer bought the item on Amazon. It also analyzes reviews to verify trustworthiness.

Malama Pono
1.0 out of 5 stars Don’t Waste Your Money This Time
Reviewed in the United States on May 2, 2018
Verified Purchase
This book had 4 contrived storylines each of which had abrupt, poorly constructed endings. It seemed Ike the author created a situation but couldn’t figure out how to proceed so he or she just ended it. In the alternative, the author was bored and didn’t really want to write but was contractually obligated so a poorly written book was produced. I have read every “Women’s Murder Club” books and have never been disappointed before and I usually post a review when I am extremely pleased. This is the first time I finished a book in 3 hours and thought it was so bad I had to write a review. It is your hope that the series continues but with a motivated author who can bring these characters back to life.
Read more
65 people found this helpful
Helpful
Report abuse

Julie N.
2.0 out of 5 stars Predictible, great book to put you to sleep at nite tho
Reviewed in the United States on July 7, 2018
Verified Purchase
It might be time to retire this series. There are two main issues I had with this book and honestly I ONLY finished it so that I could write an honest review. The first issue I had was that this is a series written for women and there were no less than a dozen gratuitous F-bombs. Why? It added nothing to the plot and honestly was offensive.
Second, the series has become ridiculously formulaic. From the very beginning you know exactly what is going to happen. Maxine and Mr. Patterson have fallen into a predictible pattern for these books and it leaves you flat. In the beginning they tell you who the murderer is (no problem there), but you know immediately who the intended victim will be and of course you know the murderer will turn his anger on Lt. Boxer. No surprises, no suspense, and no drama is found in this book. Even the impending pregnancy was no surprise. When she takes the test the results and ultimate conclussion is easy to guess from the first suggestion of feeling woozy.
*** SPOILER ***
Okay, I do have a third complaint about this book. And they really missed the mark on this one. They had the perfect oppurtunity to stand up for victims rights and be a voice, but instead they choose to turn it around and make the victims into frauds. You know it is coming from the very beginning, but really would it have hurt them to maybe make Art the bad guy in all of this? He could have been behind the scenes coercing the two gentlemen into the false claims. He had the history and a reason to want to bring a case to the public view. Instead their choosing to make the men into liars really is just another black stain on standing up for men that have been victimized. It just adds to the stereotype of this crime being humorous. I was very disappointed in the direction they chose to go with this storyline, but in the end you knew they would.

Save your money. (I have to wonder with all the 5 star ratings being one liners if they are true reviews or paid for)
Read more
25 people found this helpful
Helpful
Report abuse

CodySkid
2.0 out of 5 stars Disappointing
Reviewed in the United States on May 5, 2018
Verified Purchase
I was so excited for #17 but what a disappointment. I kept waiting for the story to start and then it ended. Not like the other Women’s Murder Club books. I’ll have to wait for reviews before I invest in #18.
Read more
41 people found this helpful
Helpful
Report abuse

stephen g. carroll
3.0 out of 5 stars The 17th Suspect (Women’s Murder Club)
Reviewed in the United States on May 3, 2018
Verified Purchase
I love the Women’s Murder Club books, however this one disappoints. I really have to wonder how much James Patterson actually writes for some of these books or is just lending his name. This book fell flat. At no time did you ever read about Cindy and Richie’s relationship. Without giving away too much, the ending was very disappointing. No author can possibly put out the amount of books that his name is on, but I did think this series was one of the few that he actually authored or contributed to.
Read more
36 people found this helpful
Helpful
Report abuse

BaumanBookReviews
3.0 out of 5 stars Lindsay Boxer deserves more intelligent writing
Reviewed in the United States on August 31, 2018
Verified Purchase
It was weird having a Women’s Murder Club where it didn’t feel like Lindsay was the main character. It was more about Yuki’s case, which was fine and interesting – just weird.

I guess it makes sense that Yuki’s case was the highlight of the book, because Lindsay’s story wasn’t all that interesting. There wasn’t much mystery around it even though we didn’t have all the details. It just didn’t pull me in like some of the others had. It’s always great being back in Lindsay’s world as she is one of my all-time favorite protagonists, but 17th Suspect came up a bit short.

I’m also not sure that I enjoyed the outcome of Yuki’s trial. There are going to be spoilers here, so if you don’t want them, my rating for this book is 2.5/5 stars and if you’re already immersed in the WMC story, it’ll go by quickly and you have to read it to stay up to date.

NOW ON TO THE SPOILERS –
Yuki hears about a case involving a man accusing a woman he works with of raping him at gun point. He has video of it and it seems like a slam dunk case. But, the longer it goes on, the more skeptical Yuki gets, and her gut leads her in the right direction. The man is lying. He has framed the woman of a violent sexual crime to try to get money out of her.

Now, while this storyline is totally valid, and it’s obviously a thing that happens, these books are written yearly. And, in this social climate we are currently in, I’m not sure that a book about a fake rape accusation was the way to go. They could have made a very strong social point about the fact that men can be raped just like women can. It’s a very real problem that keeps getting pushed aside and not taken seriously.

James Patterson is a strong name. Knowing people who have struggled with this and are trying to speak out about it, I was hoping he would attach his name to a strong position. Instead, we see more fake rape accusations and a man ended up NOT being the victim.

Maybe I have too many personal beliefs and feelings tied to this, but it was frustrating. It did show how a fake accusation can totally ruin someone’s life. But, I think we know this.

Kindle Customer
5.0 out of 5 stars Women's Murder Club #17
Reviewed in the United States on May 27, 2018
Verified Purchase
When I began reading Lindsey Boxer stories 17 years ago they were mainly about Boxer with the members of the Women's Murder Club providing the backstory. This book puts Yuki Castellano front and center with a most unusual trial where she is the prosecuting ADA. Library's story, while interesting, is the backstory of this book.
The kicker though is the cliffhanger that puts Lindsey front and center again. Or does it?
Read more
13 people found this helpful
Helpful
Report abuse

Q
1.0 out of 5 stars Don't bother...
Reviewed in the United Kingdom on January 6, 2019
Verified Purchase
I am stunned at how boring this book is. I've just stopped reading well shy of the half-way mark. I have loved this series, and JP is one of my favourite authors but honestly? I feel like asking for my money back. I won't be reading anymore in the Murder Club series. What a complete disappointment.
Read more
9 people found this helpful
Report abuse

A. W. Wilson
4.0 out of 5 stars 17th SUSPECT PATTERSON/PAETRO
Reviewed in the United Kingdom on April 22, 2018
Verified Purchase
Having read all 16 "Murder Club" books I was looking forward to this one. It is hard sometimes to write a book review without giving away "spoilers", but here goes. For the first half of the story I worried that this was a bit of a disaster. Yuki heavily featured, and Lindsay just about in it. (Do we not buy the books because of Boxer??) The male rape story sounded interesting, but I felt wasn't going anywhere, and the murder Lindsay gets involved in wasn't very gripping. Then literaly just about halfway it perked up considerably into more of a typical Patterson/Paetro novel. I began to care about the outcome(s) and found it a real page turner. If I could it would be 3 1/2 star Not quite up to his usual standard for this reader, but definitely worth reading if you are a follower of "The Club".
Read more
6 people found this helpful
Report abuse

simon
2.0 out of 5 stars Not what I expected
Reviewed in the United Kingdom on March 7, 2018
Verified Purchase
I have read all of the books in this series and, up to book 16, I have really enjoyed them. I have ordered them in advance and read them within hours of them being available.

This one was disappointing and a bit boring. When the end came, after a slow and uneventful read, it was as if the Author had gotten bored and just finished it off and wrapped it all up too quickly, conveniently and without much real thought.

I kept waiting for the action to start, the real story, but it didn't. It was as if I were reading a trailer for another story.
Read more
10 people found this helpful
Report abuse

Kay O’Donnell
5.0 out of 5 stars I cannot believe I have finished this book
Reviewed in the United Kingdom on February 28, 2018
Verified Purchase
My goodness what a fantastic read. The end really snuck up on me through as before I knew it I had finished the whole book. I know he will write another, for me I read these all at once so not looking forward to my now long wait. Hope its not too long.
Read more
7 people found this helpful
Report abuse
See all reviews
Back to top
Get to Know Us
Make Money with Us
Amazon Payment Products
Let Us Help You
EnglishChoose a language for shopping. United StatesChoose a country/region for shopping.
© 1996-2021, Amazon.com, Inc. or its affiliates