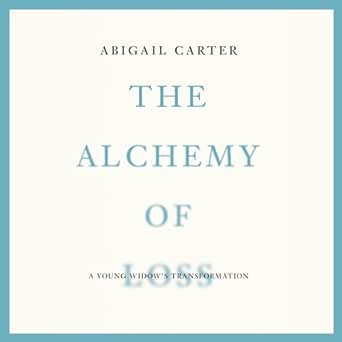 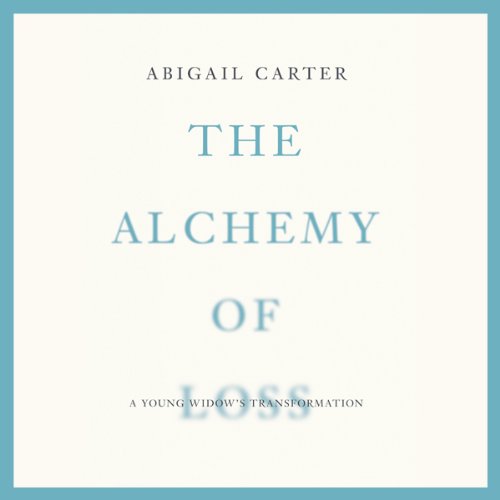 The Alchemy of Loss: A Young Widow's Transformation

Brook Philipse
5.0 out of 5 stars A magnificent book!
Reviewed in the United States on August 15, 2014
Verified Purchase
The honesty of The Alchemy of Loss hits you on the first page and doesn't let go. Author Abigail Carter draws an achingly slow arc across the first minutes, hours, days, months and years after the death of her husband in 9/11. Never one to tell a half - truth, the author shares her feelings of anger and hurt at the impersonal 9/11 memorials; not finding solace in the worldwide remembrance of the victims; being unsure how to act as a 9/11 widow; navigating the morass of paperwork and ultimately reinventing her life and creating her own unique birdbath in her backyard, filling it with champagne and providing straws to friends on the third anniversary of her husband's memorial. Just as alchemy is the process of turning lead to gold, Abigail Carter journeys courageously from the depths of grief to starting life anew. This was a book I could not put down by a generous author who censors nothing. By the time she acknowledges those who helped "me navigate the icy waters of my journey, helped me scale walls, slay dragons and turn lead to gold...." I'm certain any reader will be completely taken by this magnificent work.
Read more
Helpful
Comment Report abuse

D. Reber
5.0 out of 5 stars Beautiful Story of Loss and Renewal
Reviewed in the United States on June 25, 2008
Verified Purchase
"The Alchemy of Loss" is a compelling book about one woman's loss on September 11th and how that event ultimately transformed her life. Abigail candidly shares her journey from the first moment of realization that her life would never be the same again through the grief of her loss and dealing with the reality of her new role as head of a family of three, forging ahead to make choices and create a life that would allow her to heal and her children to be fulfilled, happy people.

I'm thankful that Abigail chose to open her heart and share her story...I think it's an important one for everyone to read, not just to be reminded to embrace the moment and live life to the fullest, but to know that change, no matter how painful, always has the potential to create growth, goodness, and hope.

K. Walter
5.0 out of 5 stars Beautiful story about the personal tragedy of 9/11
Reviewed in the United States on January 8, 2014
Verified Purchase
Most Americans were stunned by the national tragedy of 9/11. But a precious few had to face much more personal losses. That's where this beautiful book begins -- but then it develops beyond that into the universal struggle of moving forward after untenable loss.

The author has written a vulnerable account of the long tail of grief, and it's well worth reading for anyone (which is everyone) who has had to let go of someone unwillingly.

R. M. Allingham
5.0 out of 5 stars Prepare to shed some tears!!
Reviewed in the United States on November 8, 2015
Verified Purchase
Abby,

I really enjoyed reading your book, it was tough reading of your loss and the things you
and your children had to go through. Very happy how things turned out for you all.

Javier
5.0 out of 5 stars Courage to overcome
Reviewed in the United States on November 3, 2017
Verified Purchase
Moving story that reconnect us to what's most important in life.
Read more
Helpful
Comment Report abuse

Kiwiflora
5.0 out of 5 stars Enduring impossible grief, and coming out the other side. Wonderful.
Reviewed in the United States on September 8, 2016
Fifteen years coming up this week since September 9, 2001. Images cemented in our minds of airplanes flying into tall buildings, buildings simply crumbling into dust, obliterated, along with 3000 plus people, offices, desks, belongings, papers and all the other paraphernalia of 21st century living and working. For Abigail Carter, it was just another Tuesday, with her two young children, getting them sorted, her husband Arron off to the city for the day, to a trade show at Windows on the World in one of the two towers. And then, just like that, kazaam, life as Abigail knew it was done.

Abigail's life was pretty perfect - loving husband and father to their six year old daughter and two year old son, a career, nice house, neighbourhood, close extended family. Gone. Not only was this tragedy happening to Abigail, her family, friends etc, but it was also happening to the families and friends of 3000 others. She was just one of many. The intense grief of losing a husband and father was also compounded by the enormity of the whole disaster, it being played out on a world wide stage, to a limitless television audience and as a part of political machinations. I remember a friend some years ago, whose father was a very well known cricketer. When he died she said it was impossible to mourn him just within their family and friends, privately, intimately and lovingly, because the whole country wanted a piece of what was going on. Part of her grief was dealing with all that side of things too. And she felt cheated. It is the same for Abigail: she is just one of many hundreds of bereaved spouses, her mourning and grieving a very public exercise, adding to her huge burden.

Abigail started writing this two years after her husband's death, and it covers the first four years of her being alone - grieving, mourning, coming to terms with what happened, her own deep trauma, dealing with her children's grieving, coping with single parenthood, the hoops she had to jump through and bureaucracy she had to deal with to 'process' her husband's death - death certificate, proof he was in the towers, DNA, insurance, financial relief. Plus the endless public appearances to mark numerous anniversaries, memorials, public unveilings. All this exacerbated by Aaron being Canadian, with everything having to be duplicated in his home town across the border. And then gradual acceptance of what has happened, trying to move on, find love again, enjoying her children once more, the family reforming and becoming functional again as three rather than four.

She is a fabulous writer, and no doubt writing this was a form of catharsis for her. It has everything - raw tragically sad emotional expression, laughter, deep self analysis of not only herself, but her marriage, anger at her husband for going to the city that day, regrets, memories of their early married life. There is humour, development of a razor sharp wit, a backbone of steel, a much bigger heart than she probably thought she had, a toughness, wisdom, independence as a widow and solo mum. It is marvellous stuff.

And as for the use of the word alchemy in the title? Alchemy is all about the transmutation of matter, particularly man's attempts over the centuries to turn base metals into gold. Abigail likens this process to dealing with, living with, and eventually accepting enduring loss. It is a very fitting and illustrative way of showing her story, and where she is now. Highly recommended.
Read more
One person found this helpful
Helpful
Comment Report abuse
See all reviews