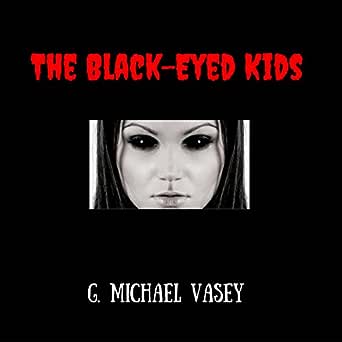 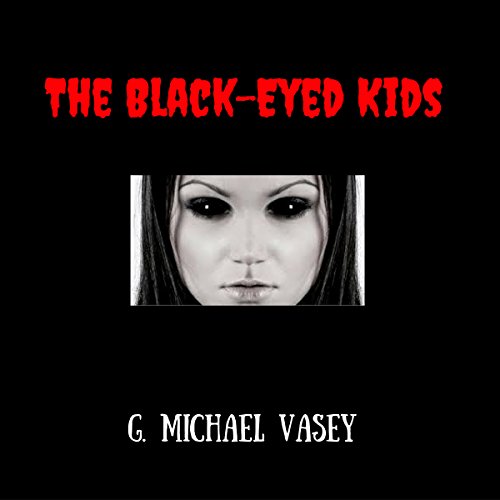 will5967
5.0 out of 5 stars A Exceedingly Well Organized & Thoughtfully Composed Introductory Examination of the Mysterious BEK Phenomenon
Reviewed in the United States on August 19, 2016
Verified Purchase
G. Michael Vasey is fast becoming a person of considerable interest in the occult/paranormal field of study, and his examination of the BEK phenomenon is a superb example of just exactly why his reputation is well earned. The author has written a really solid book on this particular subject, and it's delightfully (though chillingly) more than a mere collection of firsthand eyewitness accounts of the mysterious beings colloquially dubbed "Black Eyed Kids."

For those who've been unfortunate enough to have become totally mesmerized by the empty, apparently soulless gaze of these creepy creatures, it's a deeply frightful experience that no one who lives to tell the tale ever seems to forget. The real problem, of course, is that these stranger than strange strangers with chalky white skin, who may be much more akin to the faerie or demon folk of old, always seem to want nothing more (initially anyway) than to get IN -- to your house, your car, you name it. And perhaps most perplexing and spooky of all, they absolutely MUST have a clear and present invitation from their intended victim.

Yes, it's a real paranormal puzzle for the ages, and in this trim but well written and highly accessible volume, the author does a better than average job of not only supplementing numerous harrowing accounts with these apparent supernatural beings, but even offers up his own interesting ideas about what's really behind this ongoing mystery of the appearance (and often equally sudden disappearance) of troublesome tots (and even older looking folks) with eerie, soul sucking blacked out eye sockets that just seem to suddenly show up at the doorstep of unsuspecting folks all across America. And once they've darkened your door, these terrifying intruders begin begging, pleading, and even eventually DEMANDING to be let in.

Make no mistake, this is but a short installment in the larger "Haunted Lives" series, yet despite its brevity, the author has really done a stellar job of touching upon pretty much all of the most pertinent aspects of the BEK puzzle. A longer volume would almost certainly have resulted in monotonous retread material, but thankfully, Mr. Vasey keeps very much on topic and does not skip a beat when it comes to pacing or overall content.

Granted, this is more of an introductory essay on the ever creepy and inexplicable BEK (and equally intriguing, attendant WEK - White Eyed Kids) phenomenon, but even if that's all it is, it's still the best book I've yet encountered on the subject. Bravo, G. Michael Vasey! Keep the Haunted Lives books coming, good sir. By all means.

Kindle Customer
5.0 out of 5 stars A wonderful read
Reviewed in the United States on December 3, 2016
Verified Purchase
This was very good and interesting read. A must read in case you have to protect yourself, know what to do. DON'T LET THEM IN !!!
Read more
2 people found this helpful
Helpful
Comment Report abuse

Mel
5.0 out of 5 stars Don't read if you worry.
Reviewed in the United States on November 6, 2016
Verified Purchase
Scary as hell.
Read more
One person found this helpful
Helpful
Comment Report abuse

Amazon Customer
5.0 out of 5 stars Great read before bed
Reviewed in the United States on July 8, 2017
Verified Purchase
Quick and easy read, perfect for a before bed creep out. The BEK are a fascinating topic and the stories are great.
Read more
Helpful
Comment Report abuse

Horselover
5.0 out of 5 stars Creepy
Reviewed in the United States on March 15, 2020
Very interesting book, full of spine chilling tales. It is so creepy how these “kids” appear and disappear. You can feel the fear these people have when they encounter these BEK’s. It does make you wonder what they are. I just read a book that says we can make demons disappear by just saying “peace be with you”. I wonder if that would work on them? I think there are many things in this world, that pop in and out. Interesting about the WEK’s too. This is the first I am hearing about them. I will research those. This is a very good read if you like creepy unusual things, and it’s always good to be informed. I highly recommend reading this book.
Read more
Helpful
Comment Report abuse
See all reviews

Amazon Customer
4.0 out of 5 stars Don't read at 2am in bed!
Reviewed in the United Kingdom on October 30, 2016
Verified Purchase
I've read stories, watched documentaries so I've heard a few of these encounters before, but I've never heard of white eyed kids til now, but wondering what makes them assumed to also be evil and not the exact opposite of BEKs? I'll be doing some more research now, it's 2am, couldn't sleep and now surely won't. All I can say is I hope it isn't true that if you know of them they will visit because I'm pretty sure I'd die of fright! I give this book 4 for effort but not 5 because taking stories from a website and adding commentary isn't terribly difficult and a few of these encounters can be read everywhere now, popular. Didn't actually learn anything knew I hadn't read easily elsewhere except the brief encounters of the weks in a vague who are these new folks role.
Read more
Report abuse

Allan
5.0 out of 5 stars Don't Read This Late at Night
Reviewed in the United Kingdom on August 23, 2016
Verified Purchase
Seriously. I am left with an uneasy feeling of being watched, and have just gone round the house closing all the blinds.

Had never stumbled across the phenomena before, and this book, though short, provides plenty of examples to whet the appetite. Though, if Vasey's research conclusions are correct, I'm not really looking forward to the next instalment...
Read more
One person found this helpful
Report abuse
See all reviews