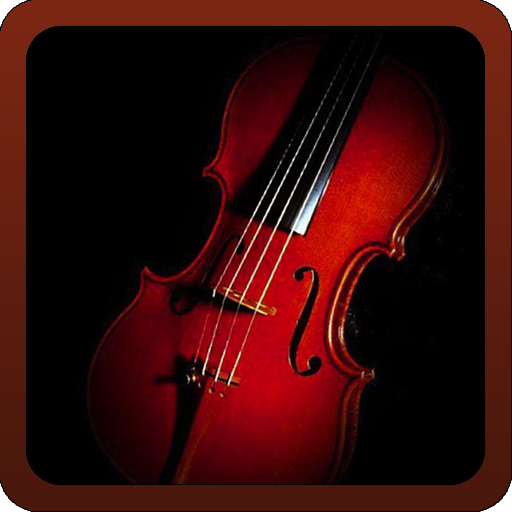 by  The Clock Ticker
Rated: All Ages
3.1 out of 5 stars60 customer ratings
Price: $2.99
Save up to 20% on this app and its in-app items when you purchase Amazon Coins. Learn More
Sold by: Amazon.com Services LLC
Available instantly

➤ Do you like to enjoy great music while you study, work, commute or simply want to relax?

➤ Do you want to listen to the best music ever composed in history but don't know how to start?

➤ Have you been searching for a decent classical music app but failed miserably?

If you said YES to any of the above, then you're in luck! The Clock Ticker team proudly introduces Classical Music: Essential Collection, featuring the 100 greatest classical music masterpieces ever composed in history! Listen to the sensational work of the greatest composers at top quality anywhere, anytime!

• Heard of that classical music piece a million times but just don't know what it is? Now you can have the answer right away!

• Great background music for any activity! Whether it's work, travel, study or if you simply want to relax.

• Learn all about your favourite composer from Wikipedia with just one click!

• Impress your family & friends with your refined taste in Classical Music!

• Have the top 100 greatest masterpieces in your own pocket today!

• This introductory price is a limited time offer, GRAB IT NOW before the SALE is OVER!

3.1 out of 5 stars
3.1 out of 5
60 global ratings
How are ratings calculated?
To calculate the overall star rating and percentage breakdown by star, we don’t use a simple average. Instead, our system considers things like how recent a review is and if the reviewer bought the item on Amazon. It also analyzes reviews to verify trustworthiness.
Top reviews

Mr. CHL
2.0 out of 5 stars Dissapointed
Reviewed in the United States on May 25, 2013
Verified Purchase
I understand it had to be difficult to select what one may consider the best of classical offerings, but too many were not included. Where was anything of Copeland, or Franz Litz "Les Prelude"? Not a single selection from Stravinsky to be found. "Romeo and Juliet" was only worth a bad snip it. Not one selection from "Pictures at an Exhibition." Sorry, but I wish I had not spent money for this luke warm application. The app description would be better served by listing the complete selections found in the app. Had this been done I would not have purchased the app.
Read more
One person found this helpful
Helpful
Comment Report abuse

Kathryn Kirleis
5.0 out of 5 stars Beyond Expectation
Reviewed in the United States on May 11, 2013
Verified Purchase
Classical Music: Essential Collection is a wonderful addition to the apps I have chosen for my Kindle Fire HD. It has expanded the use of this delightful tablet that has added so much already to my life. The composers & their works appear to be well thought out and offer a wide range of pleasing works. I also am glad that a portrait of the composer is provided as well as a Wikipedia link to learn more about the life, background & other works of the composer. Excellent job. I use this as my "lullaby & good night", of course.
Read more
One person found this helpful
Helpful
Comment Report abuse

TNPanMan Wayne Sacchi
4.0 out of 5 stars Poor Sound, But Nice App For the Price
Reviewed in the United States on January 6, 2013
Verified Purchase
What a good idea and worth the price. Sound is poor and if you stop a track you must play it from the beginning - you can only pause! The Rachmaninoff Variation on Paganini is actually "Somewhere in Time" a movie theme. If you want a good essential collection - I would recommend the Amazon download under the music store "99 Essential Pieces of Classical Music" which gives you 12 hours of music for only $5.49!
Read more
3 people found this helpful
Helpful
Comment Report abuse

LadySong
5.0 out of 5 stars Great Way to Listen to Classical Music
Reviewed in the United States on January 4, 2013
Verified Purchase
And you can listen to it while reading on your Kindle. That is a really nice option or if you prefer to run one of your ambient nature apps this can be set to play at the same time.
The music is nicely produced and the sound quality was really good...remember you are not at a concert...but what they are working with it is well done.
There is also a wide variety of music to choose and it can be set to continously play the whole list or play just chosen compositions.
Read more
Helpful
Comment Report abuse

Mary
4.0 out of 5 stars Really enjoy it
Reviewed in the United States on July 14, 2014
Verified Purchase
It's a lovely collection of classical music. App even continues to play as you do other things- you have to stop the music before exiting the app to not hear it afterward. Only problem is there's no way to create a playlist to jump around to favorites-unless there are instructions out there to do so.
Read more
Helpful
Comment Report abuse

P. Draper
1.0 out of 5 stars do not waste your time and $$$
Reviewed in the United States on September 26, 2012
Verified Purchase
Worst app I have ever paid for. It doesn't load properly, difficult to select music, poor sound quality, still trying to update even though I uninstalled app. Horrible. Music sounds like a bad burned CD from 10 years ago. Pixel-y, at least on Samsung galaxy ii.
Read more
6 people found this helpful
Helpful
Comment Report abuse

stephanie fine
5.0 out of 5 stars Be Still My Heart
Reviewed in the United States on May 6, 2013
Verified Purchase
If I had to dream a music site for myself, this would be it.
So many of the classics from the greatest composers
stream effortlessly thru my Kindle while I read or work
around the house. I am surprised when a new piece I
have never heard pops up. This is the most wonderful
app which every classic music lover should have.
Read more
Helpful
Comment Report abuse

Woodchuck
1.0 out of 5 stars Not Recommended
Reviewed in the United States on November 29, 2012
Verified Purchase
This app does what it says it will do - you can identify various classical works that you may have heard elsewhere. But:

- Execution is poor as noted by other reviewers. The app will run multiple pieces at the same time if you're not careful. Controls are limited and quirky.

- Sound quality is appalling. It sounds as if all 100 magnificent pieces had been crammed into a one-minute, 131 meg download. Which is exactly what has happened with this app. The best you can say for the music is that it's recognizable.

Great concept - I wish it worked. But even the most talented developer can't suspend the laws of physics. If you're interested in classical music, give yourself a break and pop for a high-quality mp3 compilation by a name orchestra.

Postscript - I'd like to see the developers polish the interface and offer this app with a 1-gig music package, which is what it would take for good quality sound. Then we could talk about whether we like the selected arrangements.
Read more
19 people found this helpful
Helpful
Comment Report abuse
See all reviews

GLO
4.0 out of 5 stars Good selection
Reviewed in Canada on October 25, 2013
Verified Purchase
Pretty much as it says. A little miscellaneous in places. A good choice of titles and you can investigate what you like further.
Read more
Report abuse
See all reviews
Amazon Appstore Return Policy