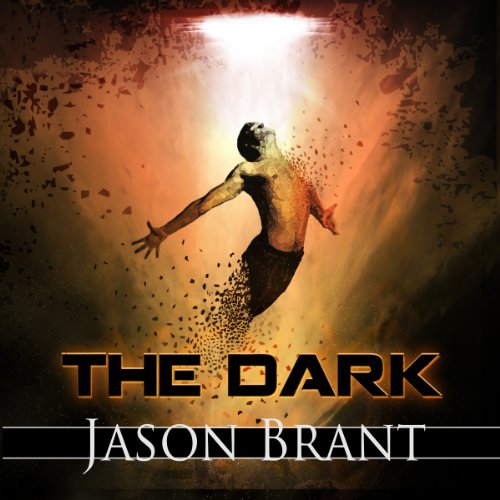 4.2 out of 5 stars
4.2 out of 5
211 global ratings
How are ratings calculated?
To calculate the overall star rating and percentage breakdown by star, we don’t use a simple average. Instead, our system considers things like how recent a review is and if the reviewer bought the item on Amazon. It also analyzes reviews to verify trustworthiness.
Top reviews

Steve Tyndall
5.0 out of 5 stars "The Dark" by Jason Brant
Reviewed in the United States on August 12, 2017
Verified Purchase
"The Dark " is my first Jason Brant novel. It will definitely not be my last. I'm not really all that proficient at writing reviews that detail plot points and character discussions. I tend to focus on my impressions while reading a book. I really enjoyed this novel. It reminded me of the movie, "Event Horizon ", in some aspects but set in the city of Aberdeen, Maryland, instead of space. It also had a really strong John Carpenter vibe going on. I could easily see this as one of his movies. The characters, for me, were well defined and easily accessible and the story intriguing. The mark of a good story is one that keeps drawing you back for more. I am thankful that I have found another author to add to my growing list of new, must read writers. A shout out to both Hunter Shea and Brian Moreland for leading me to Jason Brant. And Hollywood, if you're listening, please adapt some of the works of these authors. Their works are tailor made for the big screen.
Read more
Helpful
Report abuse

rizaroza
4.0 out of 5 stars Brings up why we fear the dark. It was a very good read.
Reviewed in the United States on February 7, 2014
Verified Purchase
I have been reading horror stories since I was 11 years old, so it takes a lot to scare me. Generally you can see exactly what's going to happened and to whom before the plot fully unfolds (which is a deal breaker between writer and reader). The Dark was uber creepy! It basically attempts to explain why we are inherently afraid of the dark. The kids had it right... there really is something that wants to eat you, waiting in the dark.

Although the characters were basic stereo-types (the only characters that had a some depth was Christy and Walter), the plot carries us past this. Jason Brant is a good story teller. Since I work so much, I read The Dark at night right before bed time on my Kindle (just like Christy did before she found out what was hiding in the dark).

I think anyone who wants a fresh voice in horror should read this. The violence isn't over-done. Brant uses the dark to scare you, not blood and gore. The only book creepier than this was when I read The Ring by Koji Suzuki. There were a couple of things that made me roll my eyes, such as, the astrophysicist who survived, was an annoying dork (again stereo-type). I couldn't understand how Scott could be part of a team that created a particle collider in the states but could barely understand safe from unsafe. Also, the military were all stupid, steroid driven droids. I just hope that Brant puts as much creativity in creating his characters as he does his plots in the next novel.

If you want to be creeped out, read The Dark. It will definitely make you look at your surroundings suspiciously... if you happen to be in the dark.
Read more
Helpful
Report abuse

Evin
3.0 out of 5 stars A Quick, Entertaining Read
Reviewed in the United States on April 22, 2014
Verified Purchase
Reminiscent of movies like Vanishing on 7th Street and Alan Wake, The Dark follows a group of people who have accidentally survived a mysterious event that results in anyone not in light of some sort to disappear.

Firstly, the book jumps right into the action and keeps things taut from there. The writing is good and the pace quick, which makes this a quick read. The characters are generally likeable and are diverse enough for the reader to distinguish them.

The story is good, but a bit formulaic as far as survival stories go - search for safety, false hope, narrow escape, etc. This is by no means a bad thing, but it does not really bring any real twists to this type of story. Furthermore, though the story is a standalone, it feels more like the first in a series. Maybe there's another one in the works, but as it stands the story feels a bit incomplete.

The dialogue is decent, though it gets a bit creaky at times, and personally the flirting between certain characters in spite of the circumstances seemed forced. Furthermore, the military characters did not feel authentic and some of their terminology was off. It was not a distracting aspect of the story, but I think the story could have held up just fine without it.

Overall, the book is worth a few bucks, and you will not have to invest a major chunk of time into it.
Read more
3 people found this helpful
Helpful
Report abuse

Kortick
VINE VOICE
4.0 out of 5 stars good quick read with interesting characters
Reviewed in the United States on February 23, 2013
Verified Purchase
'The Dark' by Jason Bryant is a fast paced horror tale filled with a cast of interesting characters facing a danger that they have little knowledge of. The book doesn't waste time getting the action started and keeps the pace going making it one of those 'hard to put down' stories.

During the middle of the night, all the lights go out. The sky darkens and the stars are no longer visible. The fire from an explosion at a local millitary base is the only thing that can be seen in the distance. Also, almost all of the people in the small town are gone as well. The few that are still there are only so because they were using a light source not connected to the power grid. When the grid failed and the lights went out, the people left in the dark vanished.

Now the few survivors of the town wander around, looking for others and trying to escape the dangers in the darkness that appear to them as people they know trying to convince them to turn off their flashlight or candle so they can talk to them. Very creepy indeed. Meanwhile on the outside of town, the powers that be are trying to figure out what happened and how to aid those inside.

To find the answers of what caused this, what the dangers actually are, and how it all turns out, you will have to read the book.

I enjoyed this story and would like to see a sequel to it. The story itself does have a solid conclusion, but leaves the possibility for one. Great novel if you want a quick, fast paced read.
Read more
2 people found this helpful
Helpful
Report abuse
See all reviews

Puck1001
4.0 out of 5 stars brilliant
Reviewed in the United Kingdom on March 24, 2013
Verified Purchase
I say brilliant because, although there are a few books out there that deal with 'evil lurking within the darkness' (I think a Barbara Hambly book was the first of it's kind I read in the 80's) this was the first one that made me want to put a night light on. I actually suggested to my wife that we buy an emergency light that plugs in at the socket, but if the power fails it switches to battery mode for 12 hours. When she asked me why, I shrugged and said it would be additional safety for the children. She agreed , and I was relieved. That is what this book briefly made me feel like. That's mighty mojo from the author. A thoroughly enjoyable book.
Read more
6 people found this helpful
Report abuse

NP
5.0 out of 5 stars Don't turn the light off.
Reviewed in the United Kingdom on August 10, 2014
Verified Purchase
I'm going to hold my hands up here and admit that The Dark may be responsible for my higher lighting bills from now on. Great story, gripping and scary (hence my lighting issues) and, as with all Jason Brant's novels, characters who feel completely real and make you want them to survive. Thrilling from beginning to end.

Dozy Mare
4.0 out of 5 stars Exciting story
Reviewed in the United Kingdom on March 9, 2020
Verified Purchase
I've been reading this type of fiction for many years and as such, I'm always pleased when a new author comes along to add something new and hopefully worthwhile to the genre.
Read more
Report abuse

Islandgirl
5.0 out of 5 stars Really gripping
Reviewed in the United Kingdom on January 1, 2019
Verified Purchase
Yet another brilliant book by Jason Brant. I couldn't put it down. Would highly recommend it. I have read nearly all his books and loved every single one of them. Please keep them coming Jason!! :-)
Read more
Report abuse

Tremse
5.0 out of 5 stars A satisfying read.
Reviewed in the United Kingdom on October 18, 2014
Verified Purchase
The action starts on page one and keeps going right through the book, which is just how I like it. The story moves between characters all experiencing a total black out in their town and something nasty lurking in the dark. A very satisfying read.
Read more
3 people found this helpful
Report abuse
See all reviews
Back to top
Get to Know Us
Make Money with Us
Amazon Payment Products
Let Us Help You
EnglishChoose a language for shopping. United StatesChoose a country/region for shopping.
© 1996-2021, Amazon.com, Inc. or its affiliates