The Dragons and the Snakes and millions of other books are available for Amazon Kindle. Learn more
Share <Embed> 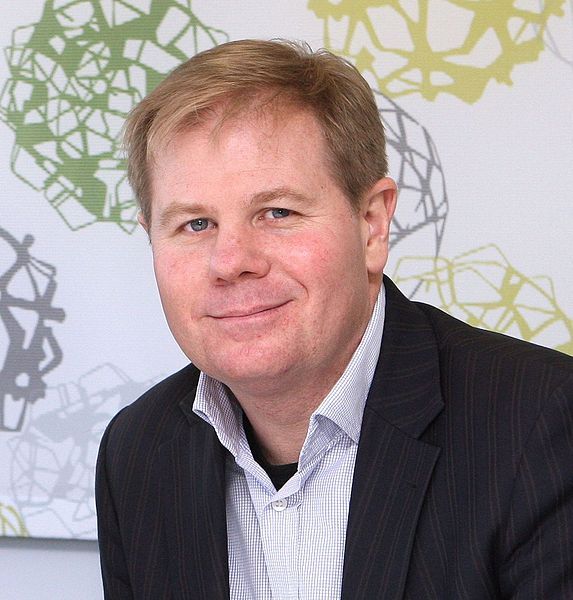 The Dragons and the Snakes Paperback

4.7 out of 5 stars 288 ratings
See all formats and editions
Sorry, there was a problem loading this page. Try again.

Enjoy a great reading experience when you buy the Kindle edition of this book. Learn more about Great on Kindle, available in select categories.
View Kindle Edition
Previous page
Next page

Start reading The Dragons and the Snakes on your Kindle in under a minute.

4.7 out of 5 stars
4.7 out of 5
288 global ratings
How are ratings calculated?
To calculate the overall star rating and percentage breakdown by star, we don’t use a simple average. Instead, our system considers things like how recent a review is and if the reviewer bought the item on Amazon. It also analyzes reviews to verify trustworthiness.
Top reviews

Daniel de Wit
5.0 out of 5 stars Simply Outstanding
Reviewed in the United States on March 24, 2020
Verified Purchase
The convergence of state and non-state methods of war into a hybrid model is the key military trend of the last decade. This fact has received extensive treatment since the Iraq War and the 2006 Israel-Hezbollah War, but Kilcullen has done a great service by bringing his keen insight and experience to show how major states, including America's major adversaries, are learning from these developments and adapting accordingly.

Most books on current military trends focus on technology--Russian and Chinese cyber, space, and missile capabilities usually take top billing. The value in Kilcullen's book is that he takes a step back and examines how these adversaries actually think about conflict with the United States (noting that they see this as having already begun in the information space), and how they are seeking to adapt and undermine US conventional strengths and not simply to surpass them with better technology. This is a key distinction that too often goes unnoticed by the armies of defense experts who seem myopically focused on the latest piece of flashy, high-speed kit.
Read more
9 people found this helpful
Helpful
Report abuse

Charles A. Krohn
5.0 out of 5 stars Continuing old ways is stepping backward
Reviewed in the United States on May 30, 2020
Verified Purchase
Kilcullen postulates that we reached the nationall security high-water mark in 1993 and have been losing ground ever since as others adapt faster than we are. With our survival at stake, we must (yes, must) face challenges or fall further behind. Highly recommend this outstanding book by an author who brings his experience and intelligence to the public, grateful or not.

The more I think about this book the more impressed and depressed by Kilkullen's analysis. Earlier my view was influenced by events in Afghanistan, Iran and Iraq without realizing we're now deep into the "Ebb Tide of the West" (chapter 6) Why? "...a rebirth of tribalism, populism, nationalism, and identity politics is destroying American democracy." I write this just prior to the 2020 November election, and it's pretty obvious that survival of our country in a contentious world is low on this list of national priorities . In short, we've lost our way.
Read more
7 people found this helpful
Helpful
Report abuse

John Stults
VINE VOICE
1.0 out of 5 stars New language for old ideas
Reviewed in the United States on April 13, 2021
Verified Purchase
There is very little that is new here. He does address his models with new (evolutionary) language and I suppose if you have not read On War by Clausewitz or The Art of War by Sun Zu (first stop now and read them) this might seem to be new, but it is not and frankly the two of them are better writers than the author. He seems to be a master of the paragraph sentence and one of the first writers to make Clausewitz (or Henry Kissinger) seem like Hemingway. Enough about style and not everyone can write like a nobel laureate. Pretty much all the ideas he addresses (not the technology but the ideas) were covered in my military strategy class at USAFA in the fall of 1972. That in no way means we follow these good ideas the US military seems to want to try all the bad ideas before we finally find the good one (or rediscover the good ones) I know Churchill said something very similar but he was talking about politics so I did not do a full Biden plagiarism.
I guess what I missed in this is his proposals for what we should do to fix the problem BH Liddell Hart in Strategy provides a good example of what we can do to fix the problems (you might not agree with his ideas but he was all in in proposing solutions).
What the end of the book reminds me of the most is in the Lord of the Rings Trilogy Gandolf is talking about Denethor when his subjects say he has for seen what would happen and Gandolf says he has forseen and done nothing.
I read this book for a book club but I do not recommend the book.
Read more
4 people found this helpful
Helpful
Report abuse

fitzalling
VINE VOICE
5.0 out of 5 stars Adaptation or Success breeds Failure
Reviewed in the United States on August 1, 2020
Verified Purchase
I have the Kindle version. It took me 8-9 hours to read the book. The book is well written and copiously foot noted. I would the book's thesis as warfare compels adaptation. Countries (the Dragons) and the non-state actors (the Snakes) which adapt well survive and those which don't adapt well, die, frequently in the case of individuals, literally.
The book argues that the First Gulf War in 1991 marked the apex of the American way of war. Both the Dragons and the Snakes, which the U.S. now face looked at that war and learned the lesson not to fight the U.S. that way.
The book explores the ways Al-Qaeda, ISIS, and others have adapted. One of the author's interesting observations is that by killing off the leaders of these groups, more competent leaders have arisen to control these Snakes. Unintended consequences, indeed.

The Dragons are China and Russia. If the competitive threat posed by China is perhaps only a dim concern now, read Chapter 5 for an eye-opening review of the range of challenges presented by China. One conceptual challenge is that China defines war much more broadly than the U.S. has traditionally done. China's manufacture and shipment of tons of fentanyl to the U.S. may be a reverse Opium War by China against the U.S. The full scope of the Chinese threat is impressive.

The book argues that Russia has largely rebounded from the collapse of the Soviet Union at least militarily. It has also adopted some of the Snakes' methods for fighting the West. Liminal warfare (doing just enough to gain an edge, but not enough to provoke an effective response) and escalating to de-escalate are strategies employed by Russia that the book explores.

Of most importance is the book's final chapter where the author examines possible approaches to manage the U.S. and Western decline. Perhaps the Byzantine empire's management of its varying fortunes across a 1000 years may offer lessons for today.

The author reviews the historical context for the adaptations forced by warfare over the last 30 years. He also does this utilizing intellectual tools which I found highly useful. His conclusions aren't reassuring. If the effect of war on the means and methods of waging war and the decline of U.S. effectiveness in doing so interest you, I recommend the book highly.
Read more
2 people found this helpful
Helpful
Report abuse
See all reviews

Conor
5.0 out of 5 stars Much needed reading for professionals in the strategic and tactical realms of defence and security
Reviewed in the United Kingdom on February 24, 2021
Verified Purchase
Kircullen places fantastic analysis of the new age threats (militarily) to the western world. His analysis of the predator-prey cycle in reference to terror organisations becoming more formidable adversaries as they are only partially destroyed, therefore changing their behaviours and tactical norms, is absolutely essential for understanding how to really take on a counter insurgency.

His analysis of Russia’s sub liminal warfare is perfect for understanding of hybrid warfare, which we so famously witnessed in Eastern Ukraine. This book is a very real world take on the current threats written by not only a great thinker, but also a “doer” due to Kircullen’s experience as a military officer, which reflects in his writing.
Read more
Report abuse

john morrison
5.0 out of 5 stars Highly informative
Reviewed in the United Kingdom on January 14, 2021
Verified Purchase
I am on my second reread of this extraordinarily dense and well informed and doom laden lesson in how not to earn the respect of your enemies. A military background is almost essential to reap the full value. Not for Mum and Dad.
Read more
One person found this helpful
Report abuse

Dottori Germano
5.0 out of 5 stars Great book, a must read
Reviewed in the United Kingdom on March 30, 2021
Verified Purchase
I am still in the reading, but I can already recommend that reading to all scholars engaged in the study of strategy and war. Deep analysis
Read more
Report abuse

Thorvinn
5.0 out of 5 stars A worthy read.
Reviewed in the United Kingdom on March 7, 2021
Verified Purchase
Classic Kilcullen. Keenly observes how both conventional state and asymmetric non-state threat elements have evolved and adapted to challenge the West.
Read more
Report abuse