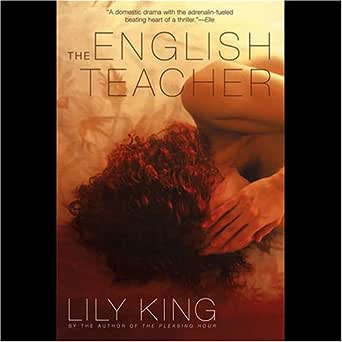 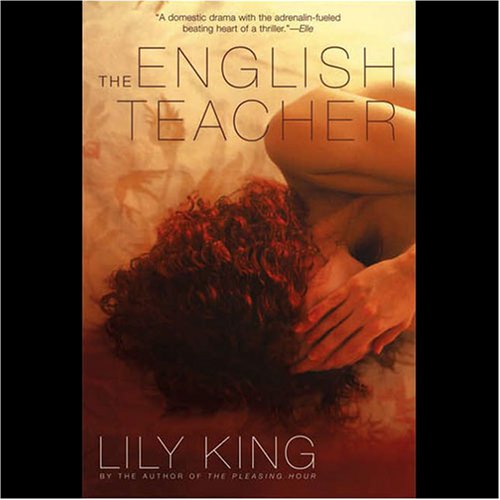 3.9 out of 5 stars
3.9 out of 5
93 customer ratings
How does Amazon calculate star ratings?
Amazon calculates a product’s star ratings based on a machine learned model instead of a raw data average. The model takes into account factors including the age of a rating, whether the ratings are from verified purchasers, and factors that establish reviewer trustworthiness.
Top reviews

BarbaraBee
2.0 out of 5 stars Yawn
Reviewed in the United States on July 12, 2017
Verified Purchase
I loved Euphoria, but couldn't finish this book. I had no idea what was going on with the story. It didn't interest me and meandered. I had no idea why she got married and the character development was poor. The writing also was so so. After getting half way through I just put it down. Maybe one day I'll start from page 1 and give it a chance.
Read more
8 people found this helpful
Helpful
Comment Report abuse

P. Bolton
3.0 out of 5 stars A good early work
Reviewed in the United States on October 22, 2016
Verified Purchase
I am a big fan of 'Euphoria' and have now read all of her books. Each one is better, in my opinion, than the previous.
Two real weak points in this one: The story takes a rather unbelievable swerve near the end and it is never clear why Vida gets married.
The first three quarters, or so, is quite good and then the swerve occurs.

LA Blackwood
4.0 out of 5 stars It's not good to figure out and hope everything will turn out ...
Reviewed in the United States on August 22, 2016
Verified Purchase
I was enthralled by this novel. Lily King has to have lived this story to be able to know the heart and soul of what is in one's head. As I read it I took the time to tell friends how incredible the book is. Unfortunately I should have waited until I finished the book to comment on it. It needs one more chapter. It needed wrapping up. It's not good to figure out and hope everything will turn out just fine. I'd sleep better really knowing all ended up well. Did the mother stop drinking? I hope so. Did everyone live happily ever after? Vida being an English teacher quoted from "Tess of The d'Urbervilles" throughout the novel. It made me interested enough to put it on my wish list. So I guess it earned it's 4 stars. Wish it could have been 5.
Read more
3 people found this helpful
Helpful
Comment Report abuse

Eric Selby
5.0 out of 5 stars Lily King and Elizabeth Strout: Two Amazing Novelists
Reviewed in the United States on August 9, 2010
Verified Purchase
The further I traveled in this brilliantly written novel, the more I found myself thinking that Elizabeth Srout and Lily King must live next door to each other where they meet out on the Maine coast to read what each has drafted that week. Vida, the central character in "The English Teacher," has been so perfectly carved out just as that other teacher, the math one, Oliva Kitteridge, is in Strout's Pulitzer winning "Olive Kitteridge." I taught English all my adult like and actually continue teaching part time at a local college in Miami, so naturally stories about teachers interest me. (There is something about Maine that makes for great writers. I am so convinced of this recently.)
Unlike Olive who taught at a local public school, Vida teaches at a private Maine school, also on the coast--actually on an island. And she is the mother of fifteen-year-old Peter. At the beginning of this novel, Vida marries, actually for the first time although no one at her school is aware of that. They assume that since she has been Mrs. Avery all these years at the school, the English teacher with the highest standards, the one who has been awarded the school's highest honor four times as best teacher, voted so by her students. But now she very quickly has become Mrs. Belou, the new wife of a widower with three children. And suddenly Peter has step siblings, and his new stepfather has just walked into a marriage with a woman who is clueless about love. Hers has been an adult life dedicated to her teaching, dedicated to the literature she loves.
And one of the many elements of this novel that make it so special is the degree to which the novelist has treaded literary references to the plot of the novel, starting suddenly with a reference to Lena, the central character in Faulkner's "Light in August" except the writer does not even tell us the name of the novel. Only those of us who have read it know. It is that type of novel. And, of course, as Vida--Mrs. Ayers? Mrs. Below?--guides the students through the thicket of "Tess of the d'Urbervilles," we see how our protagonist has essentially allowed herself to be a modern Tess.
The novel is set against the backdrop of the Iranian hostage crisis that undid the presidency of Jimmy Carter. And there is another hostage crisis as well: Vida, the stepmother. And Vida the mother, holding people hostage because she has so many issues about being in control. But I will say no more about that.
This is also a novel with just beautifully controlled point of view. We are allowed to see how Peter views the world in which he struggles to survive as well as Vida's new husband and his three children.
This is just the most incredible novel, right up there with "Olive Kitteridge."

Carolyn Weaver
5.0 out of 5 stars An English teacher reviews The English Teacher
Reviewed in the United States on November 29, 2014
Verified Purchase
I am a retired English teacher, so I had a vested interest in reading Lily King's novel. It rang true to life in teaching, parenting, and the pursuit (or avoidance) of romantic relationships. The characters were credible and uniquely interesting, so much so that I thought about them long after I closed the last page. The ending was restrained, which I thought was in keeping with believable character development. I had this in common with the protagonist: sometimes lives revealed in literature seem more real to me than actual life. Another thing I loved--this teacher cared about her students and helping them to really learn. The plot is intriguing enough that you will want to read it all straight through.
Read more
11 people found this helpful
Helpful
Comment Report abuse

Kindle Customer
4.0 out of 5 stars Starts ok and ends strongly.
Reviewed in the United States on April 16, 2015
Verified Purchase
I absolutely loved Euphoria and so sought something else by King to see if it could be as good. The answer is not quite. An earlier book, The English Teacher starts more jerkily, with the protagonist contemplating cancelling a date when she suddenly receives a proposal instead. Given her initial lukewarm attitude, I was surprised when she says yes and the wedding follows almost immediately. Fortunately, the book improves from here, and by the conclusion I became a fan and the protagonist's eccentricities made sense.
Read more
2 people found this helpful
Helpful
Comment Report abuse
See all reviews from the United States