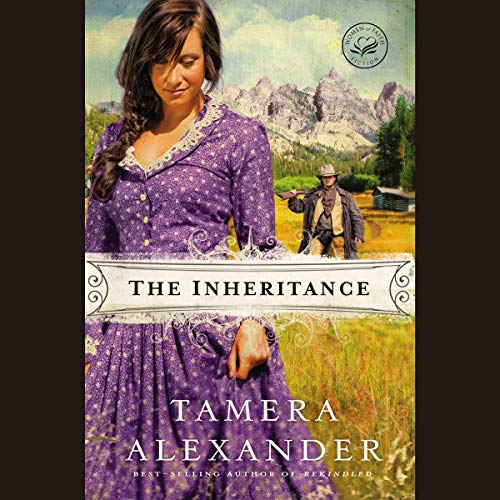 4.6 out of 5 stars
4.6 out of 5
523 global ratings
How are ratings calculated?
To calculate the overall star rating and percentage breakdown by star, we don’t use a simple average. Instead, our system considers things like how recent a review is and if the reviewer bought the item on Amazon. It also analyzes reviews to verify trustworthiness.
Top reviews

redsoxgirl
3.0 out of 5 stars Rushed Ending
Reviewed in the United States on January 16, 2021
Verified Purchase
I have enjoyed most of Tamera Alexander's books. This one was no exception UNTIL I reached the end of the book. After a confusing shoot-out scene, the author condensed the last third of the story into a 5 page epilogue that left me feeling cheated and frustrated. It was almost like, ok, I've reached my allotted number of words, let's just finish this thing. VERY disappointing.
Read more
2 people found this helpful
Helpful
Report abuse

Ellen Oceanside
TOP 1000 REVIEWER
4.0 out of 5 stars HARDSHIPS TO START ANEW
Reviewed in the United States on March 29, 2019
Verified Purchase
McKenna, left to raise her brother Robert. When their father died, and losing home and business. She accepts a cousin’s request to come to Copper Creek, and starting anew, With tools of her trade, and the promise from the livery man , there would be work for the two of them. Things were worse then she could imagine, an epidemic had gone through, and with a bed side wish, her cousin left their daughter Emma and all the land, house to her. Then finding her cousin husband was six months in err of paying. The livery man though it was 2 men he was employee, her work was in high demand but had to be done at home and in secret, Robert is stubborn, secretive and getting in trouble. With trying to raise Emma, and work on the farm, was more then taxing, for someone so young. Good story that draws you in to the plight she has before and hoping things will get better.
Read more
One person found this helpful
Helpful
Report abuse

morehumanthanhumanTop Contributor: Graphic Novels
TOP 1000 REVIEWER
4.0 out of 5 stars Touching Western romance
Reviewed in the United States on March 14, 2019
Verified Purchase
This book has a beautiful setting, engaging characters, and a story that sucked me right in from the first chapter. It was hard not to root for McKenna -- she's had to be tough and self-reliant, but she has a huge blind spot when it comes to her brother. The person she loves the most is actually the one causing most of her problems. Wyatt, the U.S. Marshal who attempts to befriend McKenna and her small family, is also really appealing and more rounded than the cliche lawman stereotype he easily could have been.

I enjoyed this very much. Alexander kept surprising me with where the story went and the faith of the two main characters seemed organic and not tacked on. The final conflict was wrapped up too quickly and neatly for my taste, but this was a good read overall.
Read more
One person found this helpful
Helpful
Report abuse

The Voracious Reader
5.0 out of 5 stars Interesting Western
Reviewed in the United States on March 11, 2015
Verified Purchase
McKenna Ashford had lost their home and business in Missouri because of her younger brother’s poor decisions, but she was looking forward to them having a new start in Colorado. She would also be glad to see her cousin and her family again, but, when she gets to their ranch, tragedy is striking again. Determined to hang on to the ranch for five-year-old Emma, problems on top of problems present themselves. Can she ever have anything go right, and should she let the handsome Marshal help, as he wants to, or should she shoulder the burdens herself as always?

Wyatt Caradon is drawn to McKenna the first time he sees her, but she seems to prefer avoiding him. After his wife and daughter died seven years ago, becoming a U.S. Marshall and traveling about had help keep him busy, but now it doesn’t hold the same appeal. He wants to help McKenna, but the independent little woman doesn’t want his help. Can he show her he’s trustworthy and win her affection, or will his patient tenderness be in vain?

This was a wonderful book. I didn’t always like how taxing McKenna’s life was and that she rarely had anything to smile about. However, the fact that the relationship developed slowly, without ridiculous misunderstandings was refreshing. I didn’t like the phrase “For God’s sake,” but the theme of letting God have His way was good. In the end, I loved this novel.
Read more
6 people found this helpful
Helpful
Report abuse

D. Troutman
5.0 out of 5 stars A page turner
Reviewed in the United States on March 14, 2021
Verified Purchase
Life has so many ups and downs, yet God knows exactly how to mold us and shape us into the people He wants us to be. We have many blessings that we don’t always realize. Sometimes we have to go through many struggles in order for God’s plans and blessing are able to come to fruition. This was a great story, I really enjoyed it.
Read more
One person found this helpful
Helpful
Report abuse

Karen Singrey
5.0 out of 5 stars Love Prevails
Reviewed in the United States on March 18, 2020
Verified Purchase
Camera's book is so inspiring. All of the hardships McKenna has to deal with from the actions of her brother, Robert, then the shock of losing her cousin would break most women. McKenna's strong faith in Jesus saw her through those terrible times. In all of these times when all was lost, Jesus kept her strong.
Read more
2 people found this helpful
Helpful
Report abuse

HannahRose
5.0 out of 5 stars Great story, well written. Left me wanting more
Reviewed in the United States on March 18, 2021
Verified Purchase
What a great story. It left me wanting more. I hope there is a book two in this story. Very well written.... I didn't want to put it down...
It is hard to say one thing I loved about it because I loved everything about it... Please let there be a book two.... A lot more story to tell.
Read more
One person found this helpful
Helpful
Report abuse

reviewsbyerin
3.0 out of 5 stars A quick and entertaining read
Reviewed in the United States on March 5, 2015
Verified Purchase
McKenna Ashford has traveled to Colorado for a fresh start for herself and the 14-year-old brother she is raising. Instead of the expected warm welcome from her cousin's family, McKenna arrives to unexpected loss. On her deathbed her cousin leaves McKenna everything: the house, the ranch, and her 5-year-old daughter. McKenna is used to responsibility but this is beyond anything she has ever experienced before. Already struggling with a brother who is testing his limits, she fears she is going to be a complete failure at fulfilling Janie's last wishes.

U.S. Marshal Wyatt Caradon met McKenna on her first day in town and is drawn to the strong young woman. While a life on the trail has helped him cope with tragedy in his past, he's beginning to long for quieter days and someone to share them with. He becomes concerned that McKenna's brother Robert is finding himself drifting towards the wrong side of the law, but his cautions to McKenna about how the situation are not well received.

Helping McKenna along the way are a kind doctor, a businessman who sells her beautiful handcrafted saddles, and a Chinese woman who soon becomes a dear friend. I especially enjoyed Chin Mei and the ways her conversation and talents blessed McKenna's life.

Although this was more of a romance than I usually care to read, I enjoyed the western setting and I must say that this author certainly knows how to keep you turning pages. The end of each chapted did not seem like a break in the action but rather a place where the plot accelerated! The faith element was done well, as was McKenna's emotional struggle with raising two youngsters who were not her own.

I'd heard many people recommend this book since its release in 2009 and I am glad I had the chance to read it. If you are looking for a quick and entertaining read, this might be one for you!
Read more
3 people found this helpful
Helpful
Report abuse
See all reviews

Normand Arseneault
5.0 out of 5 stars Enjoyed every minute
Reviewed in Canada on April 27, 2021
Verified Purchase
Tamara Alexandra is definitely one of our favourite authors.
Hated to put the book down and always anticipated the next time we could read on. Thank you for installing such godly principles in the characters.
Read more
Report abuse
See all reviews
Back to top
Get to Know Us
Make Money with Us
Amazon Payment Products
Let Us Help You
EnglishChoose a language for shopping. United StatesChoose a country/region for shopping.
© 1996-2021, Amazon.com, Inc. or its affiliates