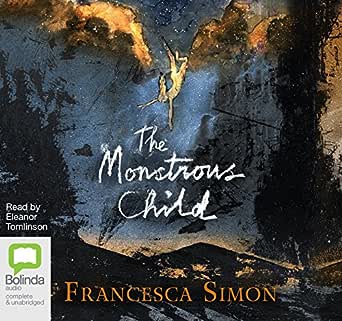 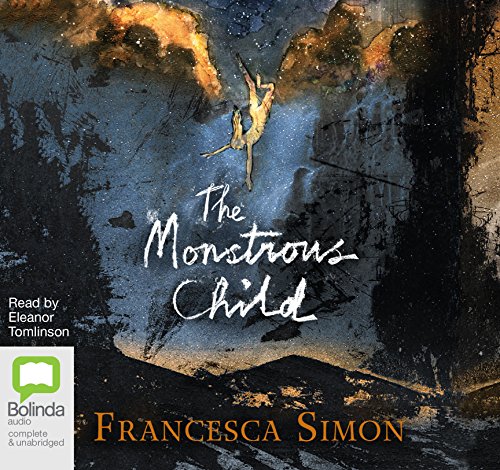 BD
5.0 out of 5 stars Great book!
Reviewed in the United States on March 3, 2019
Verified Purchase
I really liked this book because it was easy to read and a major page turner. I would recommend this book to anyone.
Read more
Helpful
Comment Report abuse

Amber Calkins
2.0 out of 5 stars Get the story from Hel's point of view...
Reviewed in the United States on August 13, 2017
**I received this book free of charge in exchange for an honest review. Thank you to LibraryThing and Faber & Faber for this opportunity**

I feel like this book had a lot of potential, then it tried to cover too much ground too quickly. In this book, Francesca Simon covers a plethora of myths, starting at Hel's birth and moving on towards Ragnarok. We meet a LOT of characters and we go through them all so quickly that with the exception of her giantess friend, we don't really get to know any of them enough to care. I understand this is the third book in a series, but I feel like the story would have been better served more fleshed out and over the course of several books.

I really liked Hel's voice. She was angry and witty and sarcastic. Given her history, she had every right to be! Unfortunately, this anger also leads to a lot of ranting and rambling on Hel's part and it just got repetitive after a while.

HOWEVER. I appreciate the fact that Simon chose to remain loyal to Norse mythology. This in not the story of an average teenage girl who eventually became Hel, Queen of the Underworld. Most mythology is weird. Gods are born in strange and precarious ways, and that is EXACTLY how Simon runs with the story. Hel's siblings are a snake and a wolf and yup, that's correct per the mythology. It's not what we'd normal see in fiction, but it's technically canon.

Overall, I did like this story, and I read it really quickly. It was interesting and witty and fun but there was a lot of room for improvement in the speed of the story, the fleshing out of the world and characters, and personally I think we could have done with a better dialogue/description balance. Plus, Hel never changed or matured... I felt like the character didn't grow at all. I don't know. I liked it, but it's definitely a two star book for me.

Stacey Kym
4.0 out of 5 stars Review
Reviewed in the United States on July 6, 2016
ARC kindly provided by Allen & Unwin in exchange for an honest review.

Review
When I was first fortunate to come across this book I must say that I was both curious and wary. I am a BIG fan of all sorts of mythologies. And when I read "sister to Fenrir the wolf" I had a feeling I knew what this novel was going to be about: Norse mythology. Yet, what really captured me was "Queen of the Dead" in the blurb. I must admit I also hoped for a retelling of Persephone and Hades but what I got was so much more.
I really shouldn't be saying this because 'The Monstrous Child' stands and speaks for itself, but if you're SUPER into the 'Percy Jackson and the Olympians' series than you will also love this. Curious? Think, Percy Jackson but with a smarter, drier sense of humour and from a girl's perspective.
People, readers, young-adult lovers, I LOVED IT! I was hooked, reeled and sunk within the first page. I loved the author's writing style and I really shouldn't be so surprised since the author, Francesca Simon, had attended both Yale and Harvard Universities.
I couldn't spot any typos or spelling mistakes. The grammar and writing was SO GOOD! And the prose was even better!
'The Monstrous Child' is written in first person narration and follows only Hel's point of view. I loved the dry, angry yet yearning-for-love character which the authoress painted. Hel was a very, very flawed character but as the reader gets to know her better through her recount of her...problematic...upbringing, they slowly come to enjoy the story.
I enjoyed the story yet the plot could have been worked on a little more. It is told in chronological order and this gave the novel a very smooth pace and rhythm. Everything – from small to big – was slowly revealed…which did make me drift off from time to time.
Francesca Simon's retelling of Norse mythology was quite hilarious. She put a twist on the rarely-retold-but-often-used-by-Marvel myths and gave (what I believe) was a unique experience.
And yes, there is Loki and Thor and Odin, but they were not exactly as they appeared. If you're not into any evil-Loki's, Thors or Odins – well, be prepared to have your mind changed.
The novel also explored themes such as hate, love, childhood, revenge and many other things that really skyrocketed its rating for me. This added quality and value to reading 'The Monstrous Child' which I really appreciated. A strong recommendation from me for young-adults of twelve to fourteen years of age. But anybody over that will, no doubt, enjoy this, too.
The title was actually very misleading. I was expecting a horrendously ugly main character who was going to do some EXTREMELY gruesome and horror but it wasn’t at all like that...for the most part. There were some unpleasant bits but they weren't full on and actually made the reading experience a lot better.
Congratulations to Francesca Simon on publishing a great first young-adult novel!

Rating Plan
1 star : Strongly did not like the book, writing and plot was bad. Idea of the book was against my liking.
2 star : Didn't like it, didn't find it interesting or gripping. Seemed to drag on to me.
3 star : An average book. Wasn't bad or good. Everything else was well done. Original idea.
4 star : Like a 3 star but has potential to it as a series or the book grew on me as it progressed and certain scenes captured me. I Enjoyed it and read it in one sitting.
5 star : I LOVED IT! I stayed up late until 3 am. Author is a genius, characters, plot, idea, development, EVERYTHING was EXCELLENT. Nothing else can possibly be said except that its 5 STAR!
Read more
One person found this helpful
Helpful
Comment Report abuse
See all reviews

valkyrie1008
5.0 out of 5 stars Forget Loki, Hel is a much more fascinating character. Brilliant new voice in Norse Fantasy.
Reviewed in the United Kingdom on April 11, 2018
Verified Purchase
This book, this story, is not just about Hel, the Norse Goddess of the Underworld, it is her story in her words. Full of opinions, thoughts, emotions, dreams and fears, truth and self-deciet.
It is a very gentle almost slow telling of how Hel came to be where she is and it almost mirrors the snail pace of the realm she rules.
But throughout you can sense the young girl behind her giant-god persona, feel her constant self-consciousness about her corpse legs, reel from her anger at the Aesir and in particular Odin for sending her to the Underworld and smile at her pride as she discovers and explores her own godly powers to build her kingdom and rule over the dead.
For Hel is very much like us mortals in that she hopes for love, longs for company, feels crippled not just by her own disability but also the situation she has been forced and also abandoned too.
For a Goddess who is often portrayed as cruel, brutal and uncaring and with grace, deep almost disturbing honesty and a literary magnifying glass, Francesca Simon has shown us all the why and the hidden side to this most interesting and often overlooked character.
Read more
2 people found this helpful
Report abuse

Sarah B
5.0 out of 5 stars Drawn into the world of Norse mythology
Reviewed in the United Kingdom on July 5, 2017
Verified Purchase
Aimed at the aged 8-12 market this book draws you into the dark side of Norse mythology. Told from the POV of Hel, daughter of Thor, half living half corpse. It is the story of how she came to be the goddess of the underworld and how she spent her time there. Fantastically written and very informative about the aspects of Norse mythology.
Hel is not necessary a likeable character which is a bold step for a children's book. She is deeply flawed and often difficult to sympathise with and yet somehow you find herself rooting for her. I think this book can keep both children and grown ups entertained and it makes for great (albeit a bit spooky and gory) bed time reading.
Read more
Report abuse

Lisa Coe
3.0 out of 5 stars I'm the wrong audience...!
Reviewed in the United Kingdom on January 24, 2017
Verified Purchase
I read this after a recommendation. It is aimed at YA audience and would probably be a more engaging read for a teenager. However, although I enjoyed the beginning I felt the conclusion to the saga was rushed. As a teacher I think this would be a useful addition to a classroom but unfortunately as a personal read I was not very engaged.
Read more
One person found this helpful
Report abuse

Michael P.
4.0 out of 5 stars A very black comedy
Reviewed in the United Kingdom on March 25, 2019
Verified Purchase
I bought it because I had tickets for the adaptation for opera at the Royal Opera House in Covent Garden London. To my surprise I throughly enjoyed it. Very inventive and funny.
Read more
Report abuse

Grumpy old man
5.0 out of 5 stars What it's like to be the teenage queen of hell
Reviewed in the United Kingdom on March 18, 2019
Verified Purchase
Bought the book after seeing the opera (which i also loved). Fabulous depiction of the goddess Hel as a typical teenage girl.
Read more
Report abuse
See all reviews