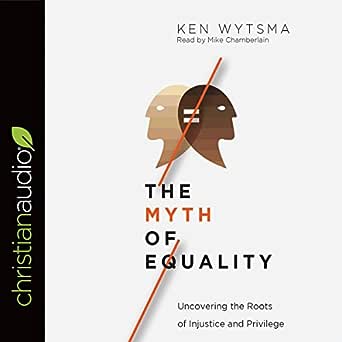 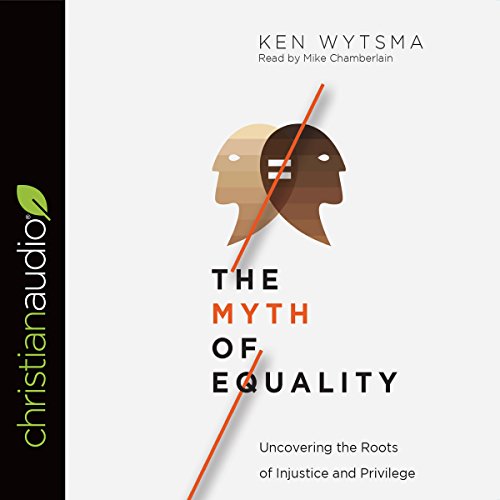 The Myth of Equality: Uncovering the Roots of Injustice and Privilege

4.5 out of 5 stars
4.5 out of 5
103 customer ratings
How does Amazon calculate star ratings?
Amazon calculates a product’s star ratings based on a machine learned model instead of a raw data average. The model takes into account factors including the age of a rating, whether the ratings are from verified purchasers, and factors that establish reviewer trustworthiness.

Rev. Michelle
5.0 out of 5 stars A Deep and Nuanced Look at Why Injustice and Privilege Have Persisted, Despite Our Many Gains
Reviewed in the United States on December 30, 2017
Verified Purchase
Wytsma persuasively argues that we "fail to realize that when a tragedy such as the slave trade or segregation in the South occurs, there are long historical aftershocks." He then traces a clear and devastating line of injustice for us through the centuries which includes the Doctrine of Discovery, Jim Crow, convict leasing, voting restrictions, mass incarceration, redlining, and more - showing how all of these lead to the current disparities that continue to persist today, even despite many of the clear gains that have been made. I also appreciated his discussion of white privilege, certainly a controversial concept, but I found his balance to be helpful: "White privilege doesn't mean your life isn't hard. It means that if you are person of color, simply by virtue of that, your life might be harder." This book is an outstanding addition to the difficult conversations surrounding justice and race today.
Read more
25 people found this helpful
Helpful
Comment Report abuse

DES
4.0 out of 5 stars The Book Helps Me Understand These Important Issues
Reviewed in the United States on June 26, 2020
Verified Purchase
In recent weeks I admitted that I’ve not fully understood white privilege and racial inequality in our country. Several people recommended “The Myth of Equality” to me and I’m glad they did as it will help with my effort to understand the issues and be able to act accordingly.

The author, Ken Wytsma, is lead pastor at Village Church--A Multicultural Community in Christ. He is also the founder of Kilns College, where he teaches courses on philosophy and justice. So, the book takes a spiritual approach to understanding of different races and cultures.

It illustrates how slave trade and segregation began and its impact throughout history. Wytsma shows us how many elements of our history, from Jim Crow, convict leasing, voting restrictions, mass incarceration, redlining, have led to the disparities we face today. He explains God’s call to live justly and reminds us that we have been instructed to love our neighbor without prejudice.

I found myself pausing to think deeply about many passages in this book. It will be helpful in my journey of understanding.

Trina Lee
5.0 out of 5 stars An Excellent Primer
Reviewed in the United States on July 5, 2020
Verified Purchase
As a child growing up in the 80’s in a small town in Oregon, the Huxtables were the only black family that I ever knew. Not until I attended an Ivy League school for my undergraduate, did I begin to understand the dangerous myth that I had grown up believing: “All Americans have access to equitable public educational opportunities and with hard work we can achieve our goals.”

Ken Wytsma’s book unpacks the myth of equality and begins to fill in the vast gaps in our public understanding between the Civil War and the Civil Rights Movement to today. I repeatedly said, “We were never taught this,” when discussing the book with others.

If you, or someone you know, are beginning the learning journey to better understand racial injustice in the United States, I’d highly recommend starting with this book. It’s an excellent primer and intentionally accessible to those of majority culture with a Christian understanding.

My only critique would be that the book doesn’t include a discussion guide. With that said, I read the book with the nonprofit team that I lead and it generated weeks of fruitful discussion.

Lisa G.
5.0 out of 5 stars Well written and very thoughtful and thought provoking read
Reviewed in the United States on January 23, 2019
Verified Purchase
The author writes in a very readable way, making concepts that may not be well known by all readers easy to understand. I am not religious but I really enjoyed this perspective on race and found it useful to further my studies in the subject. The author clearly writes also for an audience like me, and anything about religion is not taken for granted but explained as well.
Read more
6 people found this helpful
Helpful
Comment Report abuse

Ruth Pierce
5.0 out of 5 stars Caused Me to Think
Reviewed in the United States on September 1, 2018
Verified Purchase
This book changed my perspective of the problem.
Read more
8 people found this helpful
Helpful
Comment Report abuse

Kate
5.0 out of 5 stars One of the best books I've read on this topic
Reviewed in the United States on July 23, 2020
Verified Purchase
The Myth of Equality far exceeded my expectations. It was so clear, well-presented, and helpful. I appreciated the author's honesty and articulate explanation of the history of racial injustice and privilege, as well as suggested steps to remedy unbiblical thinking and behavior. My black South African husband read it as well and was very impressed. He plans to purchase 10 copies to lead a group discussion at his workplace. I will certainly be recommending this book to many. Grateful for this resource!
Read more
Helpful
Comment Report abuse

Jarad Corzine
5.0 out of 5 stars Helps majority race individuals see outside of our own tunnel vision.
Reviewed in the United States on April 3, 2018
Verified Purchase
Every white pastor who has struggled to understand “white privilege” should read this book. This is the kind of book that not only helped me understand my own limitations of perspective, it is also a book I could give an average church member wanting help to see outside of their own privilege to begin to try to sympathize with the oppressed in our society.
Read more
14 people found this helpful
Helpful
Comment Report abuse

Jason Ziegler
5.0 out of 5 stars A refreshing review of our past with no punches pulled
Reviewed in the United States on February 19, 2019
Verified Purchase
Great read with a real look at racism in our country and the role the church often played to turn a blind eye.
Read more
3 people found this helpful
Helpful
Comment Report abuse
See all reviews from the United States

Winston J. Bygrave
5.0 out of 5 stars An excellent book for both black and white Christians to read, in a spirit of repentance and faith and for those who have an ear, to 'hear what the Spirit' is saying to their local churches today.
Reviewed in the United Kingdom on October 22, 2018
Verified Purchase
Wytsma argues that white evangelicak Christians have not taken the issue of racial injustice in America seriously because of various reasons. One reason is that they have limited the scope of the message of the gospel, by individualizing and personalising it's message to deliverance from sin only.

They also tend towards holding to an oversimplified understanding of the deeply entrenched unjust racial system that governs America. This in turn creates for many white Christians a perception that there is now, apparent equality amongst the races in America. Look for example at the election of a black president in 2008.

Wytsma disagrees in this idealistic view of equality, hence, the title of his book “the myth of equality”. More often than not, such a superficial understanding of the gospel and of American race relations, has allowed the issue of race to be made secondary to other foreign, domestic, and spiritual concerns for Christians in America.

So in part 1 he does an excellent historical review of the racial history of America in order to uncover the roots of racial injustice and white privilege and supremacy in America today, e.g. Colonialism, slavery, segregation, black convict leasing, Jim Crow laws, the creation of black ghettos, etc.

In part 2 of his book, Wytsma, looks at what race equaility means in light of the gospel of the kingdom and God's justice. Here he sets forth the central thesis of his book, that there is a major misunderstanding of the gospel by white evangelicals which has created a false dichotomy between the personal and social aspect of its message. By prioritizing the spiritual and personal aspects of the Christian faith, and devaluing or nullifying the material and communal dimensions that bind us to God’s creation, and to our brothers and sisters made in the image of God, white evangelicals have distorted the gospel of the kingdom.

This twisting of the Christisn faith has resulted in historic injustices that have terrorized and handicapped generations of minorities, in America, e.g. Lynchings by the KKK; police brutality; mass prison incarceration of black men; education, employment, religious, and housing discrimination, etc. The result today, is a society where we are deeply shaped by racial categories, yet we who are white, remain mostly blind to how the undercurrent of racialized thinking affects our life as a nation and our own actions towards people of colour and minorities

Wystma argues that the key theological reason for this false dichotomy of the gospel, is a misunderstanding associated with many contemporary translations of the Greek word dikaiosyne which is variously translated as “righteousness” or “justice.” Where it is translated “righteousness,” we tend to infer that the passage is talking about moral purity; when it’s translated “justice,” we think of right relationships, fairness, and equality. But the Greek of the New Testament had just this single word, and its usage almost invariably involved all of these concepts rolled into one.

A good book for both black and white Christians to read in a teachable spirit of repentance and faith and for those who have an ear, to 'hear what the Spirit' is saying to their local churches today.
Read more
Helpful
Sending feedback...
Thank you for your feedback.
Sorry, we failed to record your vote. Please try again
Report abuse