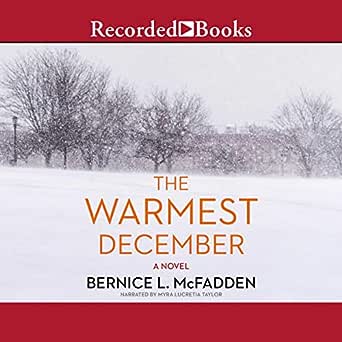 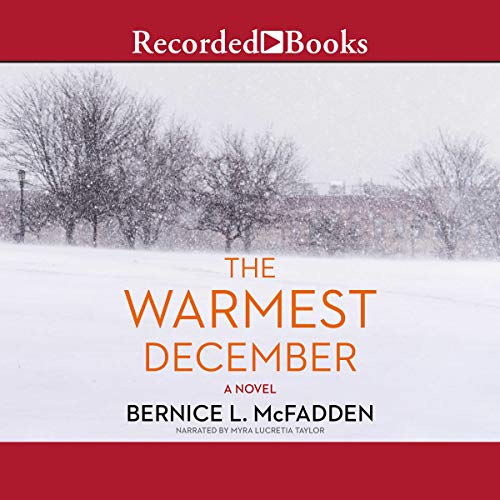 4.3 out of 5 stars
4.3 out of 5
220 customer ratings
How does Amazon calculate star ratings?
Amazon calculates a product’s star ratings based on a machine learned model instead of a raw data average. The model takes into account factors including the age of a rating, whether the ratings are from verified purchasers, and factors that establish reviewer trustworthiness.

C. Evans
4.0 out of 5 stars A never ending cycle
Reviewed in the United States on April 14, 2019
Verified Purchase
This was not one of my favorite books by Ms. McFadden and I guess the reason being is because most recently I was helping a friend who IS in a verbally, emotional, mental and most importantly financial abusive relationship.

I gave her money and allowed her and her two kids to come stay with me. Ultimately she went back to her husband. Her late night calls to me and text messages about her unstable relationship led me to a point where I had to cut her off. I don’t respond to her calls or texts no more.

I still struggle with my decision to this day, but I have to do what’s healthy for me to maintain.

Overall, I was hoping that this book would shed some light on my friends decisions and actions, but all it did was remind me that abusive is a cycle...and it affects everybody within close proximity to the situation.

Diamonds Literary World
5.0 out of 5 stars Amazing Story!
Reviewed in the United States on July 29, 2020
Verified Purchase
Kenzie Lowe is slowly watching her father, Hy-Lo, transition into the afterlife, while reminiscing about her childhood, which included violent,drunken rages. Feeling defenseless, she watched her mother, Delia slide down the same slippery slope. The only people who would come to her and her brother, Malcolm’s aid was their grandmother Gwenyth and her husband, Sam.

Someone from the past defines Hy-Lo’s behavior to Kenzie, and allows a healing process to begin, much to the dismay of her mother.

I enjoyed this book by @bernicelmcfadden, and highly recommend it to anyone who is seeking closure with a parent or family member. It clearly proves that hurt people, hurt people, and the healing cannot begin, until the cycle is broken. I give it 💎💎💎💎💎.

LJ
4.0 out of 5 stars Sad but moving
Reviewed in the United States on January 25, 2013
Verified Purchase
This book was almost overwhelmingly sad, but stark in its truth. There are no puppies and rainbows to be found, only darkness and human struggle. Yet it was so incredibly poignant, and moved me to tears.

As the introduction to this book points out, I'm not sure that this book could have been written by anyone that hasn't experienced alcoholism and abuse. It paints a vivid picture of this kind of life, and the writing is just beautiful.

At times, you both love and hate these characters. As a reader, you are cheering for redemption - for triumph. Make no mistake - this is not a book about redemption and triumph; yet there are still whispers of it underneath the bleakness.

Some of these reviews mention that it was a struggle to keep up with the tense of the story. While true at first, I quickly became used to it. It was almost an entire stream of consciousness, and the shifts in perspective and time were so accurate in their portrayal of someone's memories. Our minds tend to drift from one topic to another, from recollection to the present... This book illustrated these thought processes perfectly.

This book is simultaneously horrifying, beautiful, hopeful, depressing, and honest. It is a reminder that none of us are infallible or immune to struggle. It clearly shows us the consequences of living with terror and alcohol as one's best friends. Overall I found this to be an extremely moving, lovely book.

NenetteU
5.0 out of 5 stars Great Writing, Terrific Story
Reviewed in the United States on January 11, 2013
Verified Purchase
You know how there is one trait, or habit, or attitude that we hate about our parents, then we vow to ourselves that we will never be like them? And later on, are you self-conscious enough to recognize your parents in your speech, actions, decisions? When this happens, do you think that you could have done better, having vowed many years ago that you will never be like your mother and/or father.

I had thought this book was a novel about Christmas, but I was so wrong. It relates the story of Kenzie Lowe, a woman who grew up in a family where the father is an alcoholic who gets violent after finishing a bottle. In her early years, she had planted in her mind her hate towards her father; even wishing him to die. As a grown woman, she tried very hard to not fit into the same mould as her father. In the process, she understood and learned to forgive. While a lot of unfathomable things happened at the Lowe household, the book's main theme is all about forgiveness and letting go; about forgetting the pass and moving on; about changing ones life.

The author, Ms. McFadden is a terrific storyteller. She has a natural play with words without trying hard, making it more pleasant to read again and again.

To end, I would like to cite the following passages that I found as very nice and appropriate for the time:

"...as the stories rolled on like meadows after a war, trampled flowers for trees. That's who we were, wartorn meadows on the verge of new growth"

"That's the way life was. Ongoing, ever-changing, with a fresh coat of paints....I found that I needed to sweep away the pain, open up the windowa, and air out the hurt."
Read more
Helpful
Comment Report abuse

Amazon Customer
5.0 out of 5 stars McFadden strikes gold again...
Reviewed in the United States on April 13, 2014
Verified Purchase
What a painful story, and yet it was beautifully crafted. In the end...McFadden allows each of her characters to be humanized, rather than simply marginally defined by their addiction. McFadden's work always includes stories woven into one another through various generations. This story was no different and we find no fewer than 3 generations of Lowes who fight alcoholism. McFadden's Warmest December nearly drowns you in its pain before bringing you to the surface to breathe again. As depressing as addiction and generational *curses* are, Bernice McFadden has just the hand to write of such pain. On one hand, you cringe and turn away from the brutality. Still, you want to stick w the characters...hoping and praying for their redemption. That you care so much is the magic of McFadden's pen.
Read more
Helpful
Comment Report abuse
See all reviews from the United States

Joanne Rice
5.0 out of 5 stars A powerful tale of loss and redemption
Reviewed in Canada on December 5, 2019
Verified Purchase
A must read for anyone who has been affected by alcoholism in their lives. Told as only an alcoholic and child of an alcoholic could do. Superbly written.
Read more
Helpful
Sending feedback...
Thank you for your feedback.
Sorry, we failed to record your vote. Please try again
Report abuse

Sheila Longman
1.0 out of 5 stars The Warmest December
Reviewed in Canada on January 27, 2013
Verified Purchase
This was one of the worst books I have ever ordered. I actually removed it from my Kindle before I finished reading it. To me, the title is very deceiving and does not reflect the story within which is about a girl growing up in an abusive household, where no one was safe from her alcoholic father. I was very disappointed and will check out books by this author more carefully before odering again.
Read more
Helpful
Sending feedback...
Thank you for your feedback.
Sorry, we failed to record your vote. Please try again
Report abuse