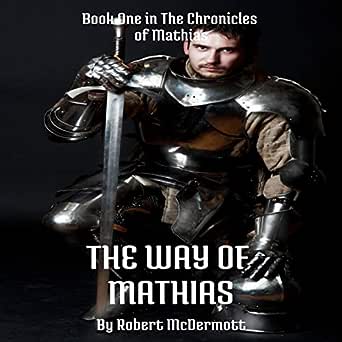 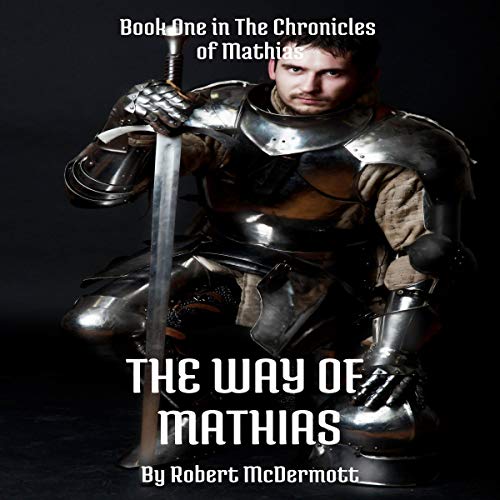 The Way of Mathias: The Chronicles of Mathias, Book 1

3.5 out of 5 stars
3.5 out of 5
30 global ratings
How are ratings calculated?
To calculate the overall star rating and percentage breakdown by star, we don’t use a simple average. Instead, our system considers things like how recent a review is and if the reviewer bought the item on Amazon. It also analyzes reviews to verify trustworthiness.

Kindle Customer
4.0 out of 5 stars Revenge is never the answer.
Reviewed in the United States on November 6, 2018
Verified Purchase
A farm boy watches his family get murdered because one Ranger wants a new Emperor. With a lot of training Mathias is finally ready to fight. But emotions run high and everyone has their own agenda that leads to revenge rather than control. Soon war is raging and both sides are not sure how to win or concede.
The book needs editing. There are plot issues, grammer issues, and lots of confusion.

Jake Boise
3.0 out of 5 stars The story has potential.
Reviewed in the United States on January 13, 2019
Verified Purchase
If the premise of the story stayed, but details were filled in, this story has the potential to be epic. The theater is lacking, and the speed is too fast. There were journeys to be had, backstories to be built, and so much more that could be done to make this a real novel.

I could only occasionally see where they were, the things that were going on, and feel only half the emotion I really felt like I should feel. It felt more like an outline for a great epic than a finished story. All in all, a clean story, which was a good thing. It wasn't full of butter talk and needless general filth... Its got a ways to go, but I think it could be something.

George Pettus
5.0 out of 5 stars Excellent Story
Reviewed in the United States on October 22, 2018
Verified Purchase
Well-written,very good character development. Kept the story running along, with a steady pace. Had several Very well disguised turns of plot that were unexpected but made it more interesting. Enjoy this story.
Read more
3 people found this helpful
Helpful
Comment Report abuse

Vermont ReviewerTop Contributor: Cooking
5.0 out of 5 stars As Mathias Learns Don't Always trust your friends
Reviewed in the United States on August 16, 2018
Verified Purchase
Mathias finds that all too soon those who seem to be a friend only care about themselves, but the ending turns things around. The ranger Ernest Alexander and his accomplice Fayette have plans for Mathias to take over the crown. All Mathias has on his mind is revenge for the death of his parents.

Robert McDermott shows his skill in this novel by bringing to the page his characters who flawed enough to seem very real. The story flows with adventure. Will Mathias become the new emperor? I have rated this story a solid 5 stars. Looking forward to the next novel in the series.

Roger Fauble
5.0 out of 5 stars Good read, looks to be a good series
Reviewed in the United States on July 19, 2019
Verified Purchase
The Way of Mathias, my third read/listen from author Robert McDermott and the third different genre he's written in. I don't restrict myself to a particular genre. I'm a sucker for anything with memorable characters! Narrator Teddy Fahey’s accent in his narration added to the book’s enjoyment. Since I own both the Kindle & Audible versions I was able to follow along while being read to. I was given an Audible copy of this book & am voluntarily reviewing it. I look forward to the sequel, The Reign of Mathias. (RIP Marley January 20, 2014 - July 24, 2018).
Read more
Helpful
Comment Report abuse

D. J. Duran
5.0 out of 5 stars Is revenge the answer?
Reviewed in the United States on April 1, 2020
Verified Purchase
Mathias witnessed the murder of his family and the destruction of his town. He prepares to be capable to get his revenge and meets others along his journey to seek out the Emperor to kill him. A war is raging and both side are no sure as to the outcome. I can't wait to hear the continuation of Mathias story.
Read more
Helpful
Comment Report abuse

Judith E Landin
4.0 out of 5 stars Good story book
Reviewed in the United States on April 27, 2019
Verified Purchase
I liked this story book. The story of Mathias. He had a peaceful, simple life. A ranger and a far-out link to the Emperor changed everything. His family murdered and the town where he lived destroyed. Mathias take revenge for this he did a lot of things. I loved this story book.
Read more
Helpful
Comment Report abuse

Sue
2.0 out of 5 stars Not for me
Reviewed in the United States on February 6, 2019
Verified Purchase
I just couldn’t get into this book. I read about 3/4 and then quit. I don’t usually do that but I’m behind in my reading. Maybe this just isn’t the right book for me
Read more
One person found this helpful
Helpful
Comment Report abuse
See all reviews

John Gray
3.0 out of 5 stars Good YA fantasy
Reviewed in the United Kingdom on September 6, 2018
Verified Purchase
I love flawed characters and back- stabbing plots, so I enjoyed the story here. McDermott's dialogue and ideas are his greatest strengths. I'm always honest when I review a book, so must offer some constructive criticism.
The prose and grammar need work, but as this is a debut novel I don't want to be overly harsh. Tighter editing would help this shine. Promising.
Read more
One person found this helpful
Report abuse

Angel Cross
5.0 out of 5 stars Excellent story telling
Reviewed in the United Kingdom on November 15, 2019
Verified Purchase
A good story is one that keeps the reader or listener interested and able to envision the story being told. The entire story was perfect. It was as though I was watching events happen as a witness. Well written. I really enjoyed it.
Read more
Report abuse

anon.
1.0 out of 5 stars Don't read
Reviewed in Germany on January 29, 2019
Verified Purchase
Poor punctuation, characters that are totally unbelievable and a juvenile plot. I gave up reading it after a few chapters.
Read more
Report abuse
See all reviews