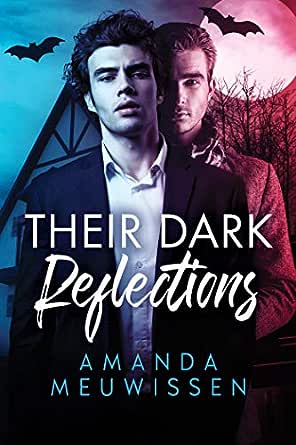 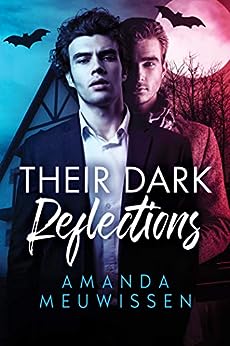 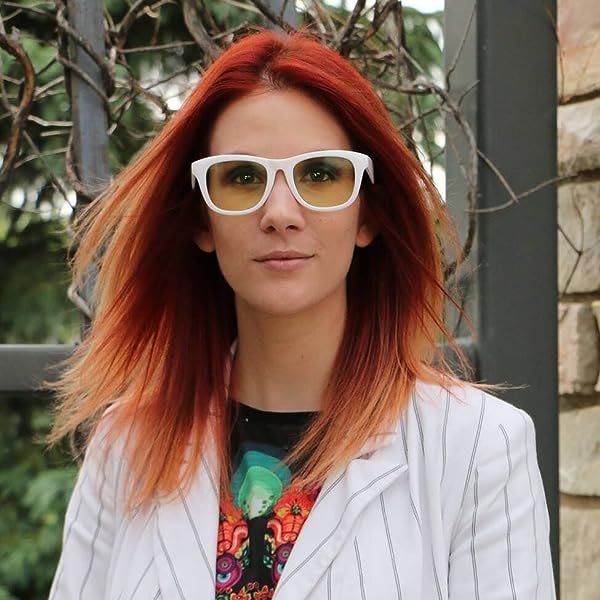 Amanda Meuwissen is a bisexual author, with a primary focus on M/M romance, and works in marketing for the software company Outsell. She has a Bachelor of Arts in a personally designed Creative Writing major from St. Olaf College, and is an avid consumer of fiction through film, prose, and video games. As author of the paranormal romance trilogy The Incubus Saga and several other titles, including many with Dreamspinner Press, Amanda regularly attends local comic conventions for fun and to meet with fans, where she will often be seen in costume as one of her favorite fictional characters. She lives in Minneapolis, Minnesota, with her husband, John, and their cat, Helga, and can be found at www.amandameuwissen.com. --This text refers to the paperback edition.

Daisycat68
5.0 out of 5 stars A fun romp through the dark
Reviewed in the United States on November 8, 2020
Verified Purchase
I've read the Incubus books (and think I'll read them again), and this was another wonderful addition to the paranormal MM genre. There is some darkness, questionable ethics, and a lovely slow-burning romance. A few times I rolled my eyes at things that are VERY unlikely to happen in the real world (and I'm not taking about vampires!), like someone in the ICU having a crowd of visitors, including young children; even pre-pandemic, that would never be allowed; things like that, but they were rare. I really liked how Ed is an old and powerful creature yet Sam bosses him about! It was sweet.

It's not a spoiler to say there us a great HEA, and unlike most novels I read, I adored the epilog! Highly recommended, as well as the Incubus series.

Randall J
5.0 out of 5 stars This human/vampire MM romantic suspense story is a very fun read!
Reviewed in the United States on November 3, 2020
Sam is a kind, roguish Robin Hood-kind of thief… gentle Ed is his latest mark, thanks to some unsavory characters who become even more so quite quickly. When Sam finds himself in a situation much different from what he was led to believe – not to mention falling for Ed’s sweet smile and endearing ways, fangs included – he wants out, but the people he’s mixed up with would be happy to arrange that for him, permanently. This was a great read, a very hot human/vampire romance that doesn’t disappoint, and a crime/mystery that keeps you guessing as it takes a left turn or two. The villains are very bad, the sex is very hot, and there isn’t a dull moment. I devoured it and would love to see these characters turn up again in a future story. Recommended!
Read more
3 people found this helpful
Helpful
Comment Report abuse

Carra at Making it Happen blog
4.0 out of 5 stars 4 stars for Their Dark Reflections
Reviewed in the United States on November 8, 2020
This is the first book I’ve read by this author, but once the descriptor of “sweet, fumbling vampire” caught my eye, I had to immediately add this to my reading list. And oh yes, Ed is exactly that…but don’t let that fool you. Seriously—DON’T.

He had Sam fooled for a while. But once that ended, things started getting pretty interesting. We know from the start that Sam went to work for Ed as a con, and as more is revealed it turns out there’s more going on than what was first thought. Even once the identity of the person behind everything is known, there are still surprises to come up almost to the very end. Just enough to keep you guessing, and even when you think it’s all been revealed? Nope—here, let’s throw something else at you.

Things between Sam and Ed are very slow burn. At first because neither of them expects the other to be around long, then because Ed’s true nature makes it difficult for him to keep control. It’s a learning process for them both, which both ramps the sexual tension up and the frustration levels between them as well. They definitely have the chemistry between them though, something the slower pace of things helps develop not just physically but between them as friends too.

I liked that most of the classic vampire weaknesses from the majority of the literary myth are not in play here. It opens up more options for the story and lends the story its own uniqueness.

Overall, Their Dark Reflections was a 4-star read for me, and I would definitely recommend it to fans of M/M paranormal romance. I also thought the epilogue made for the perfect ending for Sam and Ed, letting readers know how things played out for them without getting too overly sentimental. This story is meant for readers 18+ for adult language, sexual content, and the bloody scenes you might expect with a vampire being framed for murders ;-)
Read more
One person found this helpful
Helpful
Comment Report abuse

K
4.0 out of 5 stars Adorable geeky vamp, sign me up!
Reviewed in the United States on November 7, 2020
When reading the blurb for this book I saw MM and then vampire and I knew I wanted to read it. From the very first chapter I was compelled to keep reading and find out more about the adorable geeky vampire who wore bowties.

Ed is a "young" millionaire who has decided to hire on a new PA. Unbeknownst to him his new PA is a man who is intending to rob him blind. After getting to know each other a little bit, the men see more in each other then just a job. Unfortunately, the people who hired Sam do not care about his feelings and only want the money. All the while Ed is being frames for murders that he didn't commit.

Will Ed be able to work with Sam after he finds out that he was playing him all along? Will Sam be able to act on his feelings even though he didn't initially seek Ed out for the reasons he said?

The two men must find a way to work together to get Sam out of his job of stealing from Ed and to get Ed off the hook for murder.

This is my first book by the author. It was wonderfully written. This book is a darker romance without the typical ways of vampires that are seen in movies and books nowadays. I love it when an author takes a common MC, such as a vampire, but throws in twists and different character morals, that not only make sense but work on a different level of writing. It was intriguing all the way to the very end and I cannot wait to indulge in Amanda Meuwissen's other works.
Read more
One person found this helpful
Helpful
Comment Report abuse

EQUUS
4.0 out of 5 stars A fun walk on the dark side
Reviewed in the United States on November 29, 2020
This story it's not what it seems in the beginning and neither are the characters. Sweet and awkward Ed hides and fights his very much darker side quite efficiently... until he doesn't... Con artist Sam sees him as an easy prey, but his attraction to Ed gets in the way, not to mention that he really doesn't know what he's getting himself into. The story is well paced and very fast gets on much darker side than one would expect from the blurb and that was a big bonus for me. I loved the way Ed brings up Sam's darker side and the way the men complement each other. Supporting characters are fun, interesting and well fleshed out. There were some plot issues for me, especially in the beginning but they can easily be forgotten when you look at the whole picture. If you're looking for a paranormal, steamy, dark, action packed book with a family found as an added bonus, this is a book for you.
Read more
One person found this helpful
Helpful
Comment Report abuse
See all reviews

Kindle Customer
5.0 out of 5 stars Different but excellent!
Reviewed in the United Kingdom on November 12, 2020
Verified Purchase
I love romances and the general theme that two people, generally good at heart, have been hurt or wronged in some way but find each other for their HEA. These two do get their HEA but Ed and Sam are much darker characters than I'm used to (even more so than books with damaged characters who just need their salvation). There are a lot of bad guys in the book and the twist about Midnight was really unexpected. The book was pretty fast paced and I found it impossible to put down. I finished the book in one night and it's been added to my keepers list. Now I'm off to search for Amanda Meuwissen's other work!
Read more
Report abuse
See all reviews