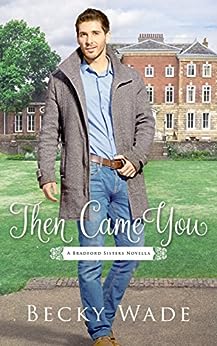 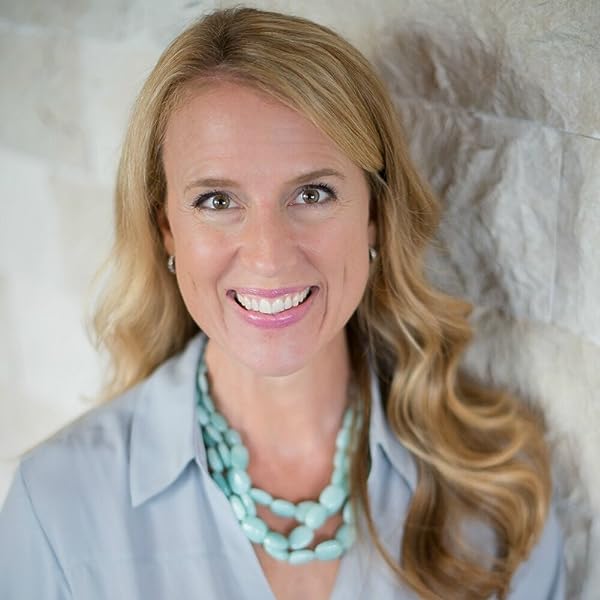 Then Came You: A Bradford Sisters Novella Kindle Edition

Becky’s a California native who attended Baylor University, met and married a Texan, and settled in Dallas. She published historical romances for the general market before putting her career on hold for several years to care for her three children. When God called her back to writing, Becky knew He meant for her to turn her attention to Christian fiction. She loves writing funny, modern, and inspirational contemporary romance! She’s the Carol Award, INSPY Award, and Inspirational Reader’s Choice Award winning author of the Bradford Sisters Romance series, the Porter Family series, My Stubborn Heart, and Love in the Details. --This text refers to the paperback edition.

4.4 out of 5 stars
4.4 out of 5
584 global ratings
How are ratings calculated?
To calculate the overall star rating and percentage breakdown by star, we don’t use a simple average. Instead, our system considers things like how recent a review is and if the reviewer bought the item on Amazon. It also analyzes reviews to verify trustworthiness.
Top reviews

desi reilly
5.0 out of 5 stars Will love find teh way
Reviewed in the United States on July 27, 2019
Verified Purchase
I got the book form one of the authors sites and the book is great book .

I was going with Sylvia and she was a beauty and a great model and she wanted to leave and not get married she is pregnant and what happen we are heading to the hospital We would be happy having a baby girl together but she has other plans she leave when the baby is born and turn her back on us.

You see i work at the yard that make ships and then how do i take care of the baby i hare my sister and then my mom helping some and i found a nanny to help her Now the story goes on and here Kathleen and she apply for a job at the company my dad own and i wast to make change but my dad wont let me do it. Kathleen sent messages to the boss on how she think what can be done but she was not getting them dad threw them in box .

Weill my dad passed so i am in control of the dock and the jobs and he was clean the office and found a bunch of letter and was checkering them and found the idea good. Well now Sylvia want to come see the baby and i said no

Well i am married and finally found a mom to Nora and then we are going to have a baby another girl and then my wife has the baby and she went for a run and then she was murdered and then now i am raising willow and Nora by my self,

(ajk) avid reader
3.0 out of 5 stars interesting
Reviewed in the United States on March 14, 2017
Verified Purchase
"Then Came You" (Bradford Sisters novella) by Becky Wade

The description of this novella is a means of introducing the Bradford girls via their father, Garner Bradford. In truth, this novella is about their father and his journey of self discovery via the women he loved, the children he had, the challenges he faces, and working through his many shortcomings...up until he finds the true love of his life while having the unexpected responsibility of turning around the once floundering family business.

The upcoming novels are about each of his daughters as adults.

Garner's story is told through journal entries he has written and phone calls and messages between other characters in the novella. This is an interesting writing style that I have seen work, it does not work with this novella. There were several disjointed posts, some that were not needed at all, and as a writing style it made the characters and novella weak all around. Thus, I had a very hard time sticking with the novella, although I did read it all the way through and with an open mind. I kept thinking it would pull me in at some point...

Perhaps it was simply this writing style, which did not work well with this novella, because overall, I really felt something could have made this a more engaging, interesting, and wonderful novella.

I have heard wonderful things about this authors writing, and not having read anything by her previously, I was hoping this novella would be a good introduction to a new author. I will withhold judgment until I read another book of hers, which I plan to do

Rockyraccoon14
5.0 out of 5 stars Introducing- the Bradford Sisters!
Reviewed in the United States on April 4, 2017
Verified Purchase
Then Came You- the prequel to Wade’s new series, The Bradford Sisters- takes the reader on a journey to the past chronicling how the sisters’ father, Garner Bradford, met each of their mothers. The story begins with an excerpt from Garner’s personal journal describing his short love affair with Sylvie- a French beauty with a carefree, no-strings-attached approach to life. After having a child out of wedlock (Willow), Garner is devastated when Sylvie nonchalantly abandons him and their newborn daughter in exchange for an adventurous new life as a nomadic artist. After returning to his Christian roots, Garner meets and marries, Robin- a sweet, church-going young woman- after a short courtship. The two have one daughter (Nora) before Robin tragically dies. Meanwhile, Kathleen is introduced into the plot as an ambitious, career girl landing her first job as an entry level customer service associate at Bradford Shipping. Although Kathleen has no intention of remaining at the company long term, she is quickly promoted within the company. After Garner’s father’s death, he takes over the running of the company and inherits the arduous task of trying to bail the company out of bankruptcy. Part of his efforts include creating an elite task force of employees to help guide the company back to safety and prosperity. Kathleen assumes a position on the task force resulting in her and Garner working closely together. In time the two become attracted to each other, begin dating, marry, and have the third Bradford child, Brittany (Britt).

I thoroughly enjoyed Wade’s unique approach to writing this novella by using journal entries, phone conversations, letters, and voicemail messages. Garner’s journey through love was told from firsthand accounts adding depth to the struggles of overcoming sin, wading through grief and loss, rebuilding one’s life after tragedy, the awkwardness of early romance, and the deep joy of finding one’s lifetime soul mate. The introduction of Kathleen’s own musings adding a two-sided view of their budding relationship sweetened the plot! Loved this introductory novella and can’t wait to read the entire Bradford Sisters collection!

This review contains my own thoughts and opinions. I have not been compensated in any way by the publisher or author for this review.
Read more
2 people found this helpful
Helpful
Report abuse
See all reviews

J
5.0 out of 5 stars Good story.
Reviewed in the United Kingdom on January 5, 2018
Verified Purchase
I found this novella had everything in (writing style, real tangible emotions) that I found missing in Nora's story. I read Nora's first and this straight afterwards. I liked Nora's story and John, but I would only give it 5/10 for it
But this story 10/10. I wonder which one the author wrote first? This story flowed, it made sense, my emotions where touched, I 'felt' his emotions. Nora's story, I finished, and wonder why I felt nothing for the characters. I realize it was how it was written. P.O.V. , First person, Omniscient. Yikes, it was all there but mixed up. Too many voices, too quickly. Too much telling, and not enough showing, so that intelligent mature readers can come to their own conclusions. That's it; this story is for mature grown ups and Nora's for pre-teens. This story was similar in style but completely different. ( See if you can work that sentence out!)
Read more
Report abuse

Rosemarie Haley
5.0 out of 5 stars Good Read
Reviewed in the United Kingdom on October 2, 2018
Verified Purchase
Ive not read any book's by Becky Wade before this one.
But ive enjoyed this book and i will be getting another one.
Read more
Report abuse

Kathryn McGowan
5.0 out of 5 stars Lovely romance story
Reviewed in the United Kingdom on June 26, 2017
Verified Purchase
This is one of those lovely clean romance stories that melts your heart. I would read this again. Can't wait to read the series.
Read more
One person found this helpful
Report abuse

Penny
5.0 out of 5 stars Excellent
Reviewed in the United Kingdom on October 20, 2019
Verified Purchase
Loved this
Read more
Report abuse

cailin
4.0 out of 5 stars Enjoyable read
Reviewed in the United Kingdom on November 27, 2018
Verified Purchase
I liked this book because it kept my attention right up to the end.
Read more
Report abuse
See all reviews