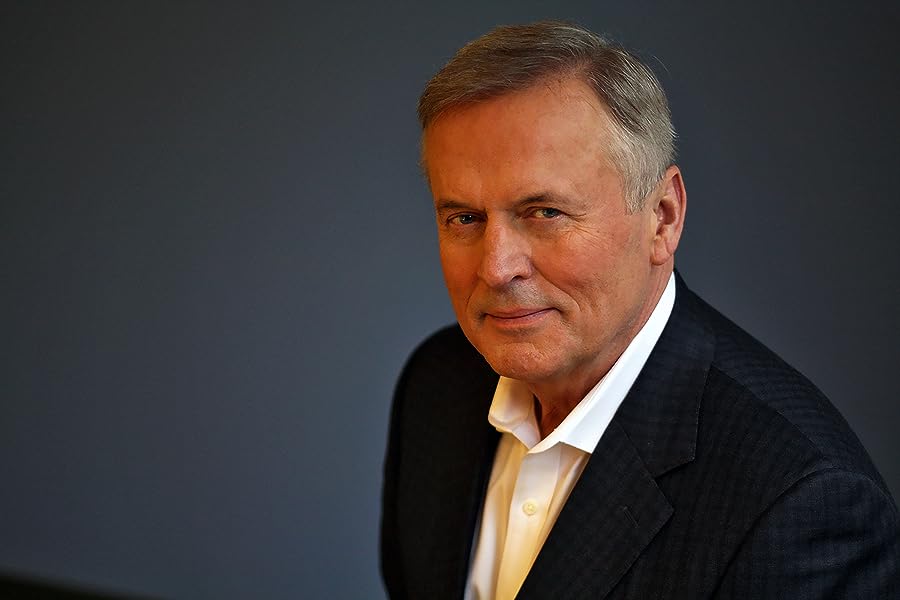 John Grisham is the author of thirty-two novels, one work of nonfiction, a collection of stories, and seven novels for young readers.

4.8 out of 5 stars
4.8 out of 5
703 global ratings
How are ratings calculated?
To calculate the overall star rating and percentage breakdown by star, we don’t use a simple average. Instead, our system considers things like how recent a review is and if the reviewer bought the item on Amazon. It also analyzes reviews to verify trustworthiness.
Top reviews

TwinMom
3.0 out of 5 stars My 8-Year olds love this series, but the good ol' boy slant and humor is starting to wear thin...
Reviewed in the United States on June 18, 2019
Verified Purchase
Update: I took this review down from 4 to 3 stars:

We still like this series, but expanding on my feelings about leaving girls out or treating them differently from the boys in this series, the more we read in the series, the more I notice things I wish the author would leave out. Namely, jokes about a "fat" woman (this was a parrot mocking her incessantly in the courtroom and it is repeated over and over again, and notes her shame), just don't think its necessary to make this series good; all male classes - the girls don't get to watch the trials; descriptions of frat houses and parties (in the book where his friend is abducted). Frankly, I just didn't want to describe what frats were and why all the mayhem and beer to my 8 year olds as I was reading. I think some of the good ol' boy knee slapping humor could be left out and this book could be edited to be empowering for both genders.
____
My 8 year old daughters love mysteries and suspense. When I saw that John Grisham had started a series for kids, specifically, about a 13 year old boy, Theo, who is a gung-ho wanna be trial lawyer in the making, I thought they’d enjoy these books and I made the purchase.

Sure enough, they were hooked the first three chapters into the first book. I know when a book is a hit when they ask me to read more. We also discussed the current chapter on the way to summer camp this morning. Believe me, this doesn’t happen with 10% of the books we read together as a family.

I really like Theo’s character, bright, kind, smart and with his own law office located in his parents’ law firm, he is a fixture at the courthouse and in the community. As great as he is, I kind of wish there were some equally strong female characters in the books for my daughters to identify with.

DP
5.0 out of 5 stars John Grisham's, Theodore Boone series is excellent.
Reviewed in the United States on September 13, 2019
Verified Purchase
Theodore Boone! What a remarkable teenager he is. John Grisham's has created a series of six novels about this teenager. I even recommend it for adults. Each and every novel, that is ALL six, bring adventures a teenage will fully enjoy. I was so impressed, I ordered and gave the six book set to a soon to be 14 year old young man. Once he began, no way was he going to put the book down. He has told his friends, and now the books will circulate among them. I am not going to tell you just what these stories are about, except for one: Murder! A young witnessed who saves someone from prison by coming out and telling what he witnessed, even though he maybe deported. Rate for everybody. No strong language or sexual content. DP., Castro Valley, CA.
Read more
26 people found this helpful
Helpful
Report abuse

j fuduric
5.0 out of 5 stars Fun exciting reads about very real young teen issues
Reviewed in the United States on September 24, 2020
Verified Purchase
Came upon this series while looking for Grisham audiobooks and thought they might be fun reading for my stay at home grandchildren. Well after sampling one I was hooked. They are great fun stories for the 10-15 years old middle schoolers trying to navigate their way through adolescence. It deals with issues of friendships, family, bullying in a way that I think would appeal to youth. It faces real life situations of divorce, single parenting, economic hardship, abuse and alcoholism all through the eyes of a 13-14 y/o boy who is trying to figure it out. He is much like other kids and not immune to all the growing pains of his peers but comes across as a very real young teen with all the fears, doubts, confusion of this phase. What makes him unique is he wants to be a lawyer and is considered the town’s Kid Lawyer for his participation in Animal Court. After all these are Grisham stories. His interest in this provides for much of the humor and suspense.
I highly recommend these books for youths and young teens and thoroughly enjoyed them myself.

ong trang
5.0 out of 5 stars Great read for my 10 year old
Reviewed in the United States on August 19, 2019
Verified Purchase
My 10 year old grandson is an avid reader. He devoured this Grisham series designed for kids. He said the suspense kept him engaged.
Read more
17 people found this helpful
Helpful
Report abuse

Angela H.
5.0 out of 5 stars Good value for the set - my son loves these books
Reviewed in the United States on November 2, 2019
Verified Purchase
Good value for the set. My 11-yr-old son loves these books. He's not exactly an avid reader so I'm glad these capture his interest! He also likes Hardy Boys and Artemis Fowl.
Read more
12 people found this helpful
Helpful
Report abuse

Reading in Morgan Hill
5.0 out of 5 stars Great gift for the grand kids!!
Reviewed in the United States on May 25, 2020
Verified Purchase
I read these books before I purchased this box set for my grandsons. I liked them, and the boys are loving them. What a great set of books for the 8-14 year old set. My granddaughters also liked them. Keep them coming!

Theodore Boone gives kids something to think about. John Grisham doesn't talk down to this age group and the kids, at least my grandkids, really appreciated that. A well written, age appropriate set of books. Great writing. Some of my grandsons have graduated to John Grisham's adult titles; they are are loving those as well.

P. Kriesand
5.0 out of 5 stars Great for Jr. High boys/reluctant readers
Reviewed in the United States on December 9, 2020
Verified Purchase
I bought this for my 14 year old son who is not a fan of reading at all, but a very good student nonetheless. I always liked Grisham books myself, so thought I would give him this book set to try. He read the first two and actually enjoyed them, reading through them fairly quickly. Even though he will still always pick video games over reading, when he HAS to read for the book requirement at school, he will read these without argument. He's just started the 3rd book and likes it.
Read more
3 people found this helpful
Helpful
Report abuse

Tnt7816
5.0 out of 5 stars Great read for a my son!
Reviewed in the United States on October 2, 2019
Verified Purchase
My son is flying through these because he likes them so much! Great story!
Read more
5 people found this helpful
Helpful
Report abuse
See all reviews