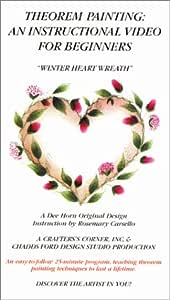 Carsello, Rosemary E. (Actor, Director) Format: VHS Tape
3.2 out of 5 stars 8 ratings
Available at a lower price from other sellers that may not offer free Prime shipping.

3.2 out of 5 stars
3.2 out of 5
8 customer ratings
How does Amazon calculate star ratings?
Amazon calculates a product’s star ratings based on a machine learned model instead of a raw data average. The model takes into account factors including the age of a rating, whether the ratings are from verified purchasers, and factors that establish reviewer trustworthiness.
Top Reviews

D. K. Hingle
5.0 out of 5 stars Best-Kept Britcom Secret = AGING WITH ATTITUDE
Reviewed in the United States on June 27, 2004
PLEASE don't be put off by the title - this is one of the best Britcoms to hit the US Shores.
This show is totally unique - set in the British retirement community of Bayview, and its inmates...er, residents, are taking steps to NOT gracefully fade away! It also has the advantage of being less silly than "Keeping Up Appearances."
I have never laughed aloud so much at a series as I have at the adventures of Stephanie Cole's Diana Trent (spinster & proud of it) and Graham Crowden's Tom (part-time bullfighter on the moon, when he wasn't digging out of Colditz with "Dickie and Johnny"), and their battles against Daniel Hill's "The Idiot Baines" and Janine Duvitski's love-starved Jane. Together with sex-fiend Basil and other inmates, and constantly thwarting the efforts of Tom's revolting family to control them (not to mention Harvey's plots to toss Diana out of the community), the antics are priceless.
I have been hunting for all 47 episodes of the show, which form a total story, with a beginning (Tom's arrival), a middle (the Scandal!), and an end (call it two weddings and a funeral - not the one released).
FINALLY six episodes (and slightly edited at that!) from the first series (season) were released on video; alas, the premiere was not among them. The two tapes of three episodes each are IT so far, at least commercially. Grab 'em while you can - and let's see if we can get BBC Video to release the whole thing (including a second Christmas special episode never shown in the US) on DVD!
Once you visit Bayview, you'll want to go back, and six times won't be enough!

Artist Susan
2.0 out of 5 stars Big technical error in painting!
Reviewed in the United States on July 17, 2008
I could hardly believe my eyes when I saw this! You can see from the cover photo that the sun is shinning on the mountains from the left side, but on the tree in the foreground it is shinning from, the right. This is a huge technical error that I could not imagine any competent artist making. She does not use a reference, obviously, because the sun does not shine from two directions.

There also seem to be very rushed in a formula driven manner without any stepping back to reflect and make necessary changes. She says you can paint a good painting quickly in half hour. Maybe she can do her method in that time, but a good painting takes time to reflect and change along the way. In my opinion, she does not take the time to see what she is creating.

There are some palette knife techniques to pick up, but I would not buy this video for any other reasons. It could lead a beginner in a wrong direction and has little good information for the experienced painter.
Read more
3 people found this helpful
Helpful
Comment Report abuse

Dawn Finley
5.0 out of 5 stars Why hasn't the BBC released more of these?
Reviewed in the United States on August 25, 2003
This sitcom is one of the most excellent I've ever seen, and I cannot comprehend why the BBC hasn't released more episodes, and why they are still available only in VHS format. I began watching this show as a teenager when I could wrench the television away from my major network-watching family and fix the channel firmly on PBS. It still gives me more rewards than I can count.
What makes "Waiting for God" so worth watching over and over again is that the humor is not without very real, human, compassionate depth; the characters are old, and they know it. Though sometimes their humor is what we might call slapstick, and it is certainly quite frequently on the randy side, Tom and Diana have real affection for one another, and they are allowed by the writers to show that affection. We Americans have few images of older people who we permit to have genuine emotional experiences, especially in the world of comedy (we like our grandparents to be nasty and negative and fatallistic, like Ray Romano's parents). But this sitcom emphasizes equally the comedy and the situation the characters find themselves in.
Buy this video, and prepare to be entertained and moved at the same time. If you like "Are You Being Served?" and "Keeping Up Appearances" and "As Time Goes By," you won't be disappointed. But I think you will be refreshed and surprised at a few tricks the Brits still have up their endlessly comedic sleeves.
Read more
14 people found this helpful
Helpful
Comment Report abuse

SARA L. Dix
5.0 out of 5 stars Great for anyone who loves Bayviews two most funny couple
Reviewed in the United States on November 17, 2000
This movie was a treat for anyone who enjoys the wild and crazy antics of Diana Trent(Stephanie cole)and Tom Ballard(Graham Crowden).When Diana was assigned the task of cheering up Tom and convincing him he wasn't going to die I knew it was going to be laugh-out-loud halarious,and it was.When Diana inadvertantly talked Tom into killing himself I lost it.Later when Diana let loose her "If you can do it so can i"spirit and starts to think of ways to kill themselves my mom was practically on the floor laughing.I think the best part was after Diana finally talked Tom out of suicide and Tom criticises her painting saying that the tree really looked like a naked man. This is deffinately a must see video for all wfg fans and anyone who enjoys a really good laugh.
Read more
12 people found this helpful
Helpful
Comment Report abuse

Thistle Brown
3.0 out of 5 stars Can the laugh track
Reviewed in the United States on July 13, 2006
What would have been a delight is totally ruined for me by the laugh track. It's so redunant. Are we stupid? Cannot we get the humor without being tweaked by fake laughter? What might have been very worthwhile is trashed by the interference of twits who don't trust an audience.
Read more
Helpful
Comment Report abuse

john holloway
5.0 out of 5 stars Cheering up Tom
Reviewed in the United States on September 7, 2000
A very funny episode about things that happen to people as they are getting older. These elements are put into a humerous perpective that is truly delightful.There is a powerful personality difference between Tom and Diana the main characters. They are allowed to not only become friends but to keep their particular personalities and respect for each other entact. They both have a respectful comedy like, playful, personality that enriches their life every day in this retirement village. This is a ideal situation for the elderly.
Read more
One person found this helpful
Helpful
Comment Report abuse

Kriya Novice
5.0 out of 5 stars MORE!!!
Reviewed in the United States on September 5, 2005
There aren't enough episodes here to give the full effect that this show [Waiting for God] carries. It is worth a look, but having seen it you'll wish for more...
Read more
3 people found this helpful
Helpful
Comment Report abuse
See all reviews from the United States
Pages with related products. See and discover other items: Best paintings for beginners