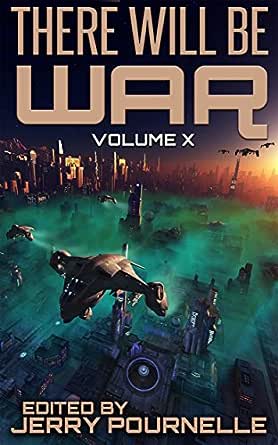 You've subscribed to There Will Be War! We will preorder your items within 24 hours of when they become available. When new books are released, we'll charge your default payment method for the lowest price available during the pre-order period.
Update your device or payment method, cancel individual pre-orders or your subscription at
Your Memberships & Subscriptions
There was an error. We were unable to process your subscription due to an error. Please refresh and try again. 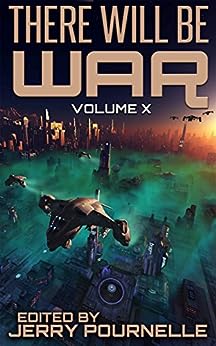 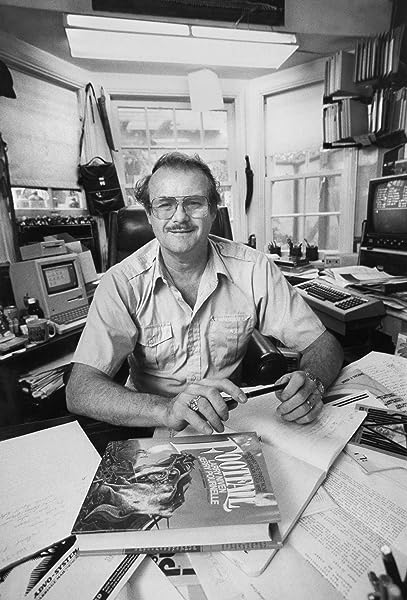 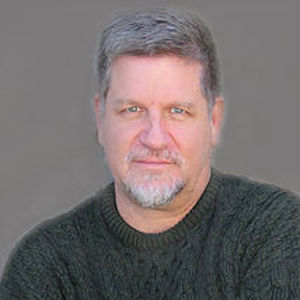 There Will Be War Volume X: History's End Kindle Edition 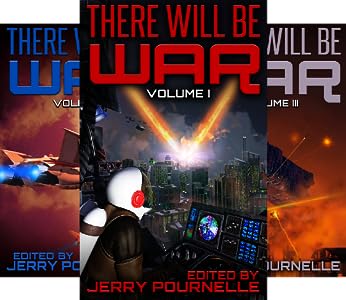 4.6 out of 5 stars
4.6 out of 5
78 global ratings
How are ratings calculated?
To calculate the overall star rating and percentage breakdown by star, we don’t use a simple average. Instead, our system considers things like how recent a review is and if the reviewer bought the item on Amazon. It also analyzes reviews to verify trustworthiness.
Top reviews

Benjamin Espen
5.0 out of 5 stars You should be able to find something you like.
Reviewed in the United States on December 30, 2017
Verified Purchase
This is the last volume in the late Jerry Pournelle's long running series, There Will be War. Volume IX was published in 1990. Jerry said that the series had originally ended when the Cold War did, but the return of great power politics with Russia and China made it relevant again. It has sold well over the years, if Jerry had lived longer, I imagine more volumes would have been forthcoming.

This volume is just as good as any of the previous installments. One major change is that China is featured as the bête noire instead of Russia, but otherwise the basic structure remains the same: short science fiction with a military focus is interspersed with non-fiction essays on military topics, all of it woven together with short introductions by Jerry.

There were some great stories in this volume. Standouts for me were "Flashpoint: Titan" by Cheah Kai Wai, "The Fourth Fleet" by Russell Newquist, "Among Thieves" by Poul Anderson, and '"Fly-by-Night"' by Larry Niven. All the stories in this volume were good, which makes it hard to pick my favorites, so I go by the ones that stick in my memory the best.

In particular, Larry Niven's contribution astonished me with how dense it was. Larry managed to pack so much detail into every sentence that I had a little trouble keeping up. I found myself scanning back every so often to make sure I hadn't missed something interesting. I often had. I hadn't previously considered getting into Known Space or the Man-Kzin Wars, but now I want to.

I've found a number of great authors via their contributions to this series, for example Gordon Dickson. In this case, I was already familiar with Larry's books with Jerry Pournelle, but I only kind of liked The Magic Goes Away, the only solo Niven book I've read. Looking back at my review, I wrote it up better than I remember it. Thanks to this collection, I'm willing to give Niven's other books a chance. Which is after all the point of short stories; they give you a chance to try authors out rapidly, and see who you might like to read more.

I think this volume continues a great tradition, and it has some great stories in it. I'd recommend it to anyone who likes any of the authors who contributed, fans of military science fiction, and anyone who likes a cracking good yarn. You should be able to find something you like.
Read more
3 people found this helpful
Helpful
Comment Report abuse

Justin Bischel
5.0 out of 5 stars A Worthy Successor
Reviewed in the United States on December 21, 2015
Verified Purchase
A long time ago, on the other side of the world, a young enlisted Navy guy found a well-used copy of There Will Be War in his ship's library and was hooked. Speculative fiction mixed with fact, with lots of skull sweat invested; Jerry Pournelle had put together stories that explained the present and fired my imagination for the future.

Volume 10, the latest There Will Be War, is worthy to stand with the best of that series. Mil-sf doesn't get better than this.
Read more
12 people found this helpful
Helpful
Comment Report abuse

VJ7
4.0 out of 5 stars Pretty good military science fiction anthology
Reviewed in the United States on March 19, 2016
Verified Purchase
Overall this is a really good read. As another reviewer pointed out, one of the weakest stories is by Larry Niven, which was disappointing (maybe he was rushing to meet a deadline? If you are thinking of buying this only to get another tale of known space think twice) Sometimes the writing is a little too young-adult for my tastes, and there are places where "Captain Handsome Venturesome arched his manly eyebrows as he toggled the control panel and launched 124 Mark XXI hunter seekers against the dread Glominoid destroyer which countered with a salvo of 532 micro-missile interceptors..." repeated over and over, can get old. There is no accounting for taste.

But overall a good read. Certainly for the price and the variety of authors it's a bargain.
Read more
4 people found this helpful
Helpful
Comment Report abuse

adrianne
5.0 out of 5 stars Thought-provoking collection
Reviewed in the United States on January 9, 2016
Verified Purchase
While I had been familiar with this series in passing, this is the first volume that I've read. TWBW volume X is a fantastic collection of mil-scifi fiction and non-fiction articles, and I'm certainly going to be looking for the earlier volumes. Here's a hearty well done and thanks to Jerry Pournelle and Castalia House for reviving this series -- I'm eagerly awaiting volume XI.

I was most hesitant about the articles, as I enjoy mil-scifi but am often bored by endless technical details. Thankfully these articles have the correct balance: enough detail to explain the problem, but not so much that I felt overwhelmed. Two articles impressed me the most: Martin van Crevald's "War and Migration" is a fantastic overview of how these two elements have often worked in tandem; Cmdr Phillip Pournelle's article on "The Deadly Future of Littoral Sea Control" gave me a good understanding on how we can resurrect our hollowed out navy and turn it into an effective fighting force.

For the fiction, I am pleased to report that each and every story is enjoyable and thought-provoking. Some that struck a chord are mentioned below.

Charles Shao's "Seven Kill Tiger" still gives me chills as he explored a different field of war that could just be around the corner (I was reminded of Tom Clancy at his best); Allen Steele's "War Memorial" made me think about the inadvertent horrors of the battlefield. Both "Canny" (by Brian Noggle) and "What Price Humanity" (by David VanDyke) have me wondering about desperation, what it means to be human, and the burdens we're willing to pass along to others. "Among Thieves" (by Poul Anderson) and "Flashpoint: Titan" (by Cheah Kai Wai) spoke strongly about those who end up holding the line, whether by fate or chance, and their determination to fulfill their obligations by whatever means necessary.
Read more
One person found this helpful
Helpful
Comment Report abuse

Fred
5.0 out of 5 stars Classic great SciFi with a military theme braced by insightful essays on contemporary military issues. Buy it!
Reviewed in the United States on December 20, 2015
Verified Purchase
In a nutshell, Jerry Pournelle has collected a cornucopia of great military SciFi, fascinating military history and great current military analysis. It has something for everyone. The stories move quickly and draw the reader into the experience. A number of them left me ready to jump up and cheer for the good guys. Others seemed so prophetic and applicable to today and the near tomorrow that the writers must have a time machine hidden away. I will be thinking about a few of them for a long time.

Solid, well written, great characters and stories that put the fun back into science fiction. The history and opinion pieces are timely. This is a book you will read more then once.
Read more
23 people found this helpful
Helpful
Comment Report abuse
See all reviews

Jonathan Dix
5.0 out of 5 stars Five Stars
Reviewed in the United Kingdom on June 18, 2017
Verified Purchase
There is a nice assortment of short stories here. The non-fiction articles I found to be especially interesting.
Read more
Report abuse

"freyaelaine1"
5.0 out of 5 stars NOT BAD
Reviewed in the United Kingdom on October 2, 2017
Verified Purchase
Good range of stories
Read more
Report abuse

Scott Osmond
5.0 out of 5 stars This Series Didn't Suffer From It's 25 Year Break
Reviewed in Australia on January 8, 2016
Verified Purchase
25 years after the end of the cold war There Will Be War returns with a bang! This collection of stories and articles are in my opinion amongst the strongest of the series. It's difficult to decide which piece is my favourite. The article on war and migration raises disturbing questions about polocies being enacted across the west. Seven Kill Tiger ended just as the story started to get interesting, I'd like this short to get the full novel treatment. Flashpoint was a great tale of space combat and the courage of those who serve, a full length novel in this setting would be amazing. Much more besides, give it a go. I hope it won't be long until we can read volume XI.
Read more
Report abuse
See all reviews