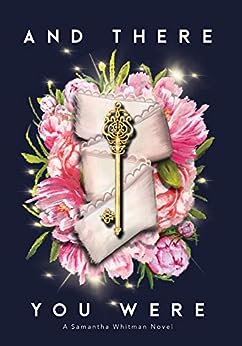 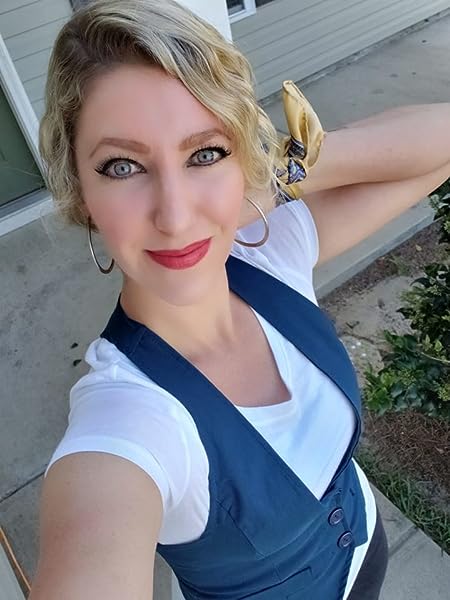 And There You Were Kindle Edition

Mick Smith
5.0 out of 5 stars Delightful!
Reviewed in the United States on July 9, 2020
Verified Purchase
Samantha Whitman has written a fantastic novel with charismatic characters, descriptive scenery that takes your imagination to places that you can vividly see in your mind, and a story of love, friendship and family that draws you in and keeps you mesmerized from the very first page. It was the quintessential cliche “I laughed, I cried”, but in such a good way! I can’t wait for more from Samantha!
Read more
Helpful
Report abuse

Claudia M
5.0 out of 5 stars Fun twists and turns all through!
Reviewed in the United States on August 8, 2020
Verified Purchase
The moment I opened to the first page, this intriguing tale of sorrow, grief, familial love, self discovery, and romantic love, kept me coming back for more! Samantha has a unique way of describing the settings and characters! You feel as if you are there in person seeing everything for yourself and uplifting your imagination to new awareness! I loved it!
Read more
Helpful
Report abuse

wp
5.0 out of 5 stars Fantastic!!
Reviewed in the United States on June 11, 2020
Verified Purchase
Another fantastic read by Samantha Whitman. This book has it all...romance, mystery, comedy and golden nuggets of wisdom. I literally could NOT put it down - reading with dry, blurry eyes because I just had to know what was going to happen next! Loved it!
Read more
One person found this helpful
Helpful
Report abuse

mengel2
5.0 out of 5 stars Best One Yet!
Reviewed in the United States on June 14, 2020
When aspiring journalist, Juliet, gets the opportunity of a lifetime to not only go to London, her parents' hometown, but also interview a well-known actor, she knows this may be her big chance to prove herself as a writer.

Graham McKenzie is a well-known actor who has spent the past several months hiding from the paparazzi and their ever-present cameras to lick his wounds in private after being dumped by his ex. When an unexpected knock at his door brings a beautiful woman claiming to be there to interview him for a popular American magazine, Graham stammers to get himself semi decent for this interview that he can't quite remember scheduling.

Juliet is not only using this time in London to try to break into the journalist industry, but also solve a family mystery. She doesn't know much about her mom who passed shortly after giving birth to her. And her father, who recently passed, left behind a strange key with her mom's name engraved on it. No note, no clue to what it opens, nothing. But that doesn't deter Juliet from trying to figure it out what it opens and why her dad wouldn't have given it to her when he was alive.

As Juliet spends time with Graham collecting data for the article she's writing, their friendship quickly evolves. Both confused about what is happening and if it's proper to go beyond a professional relationship has them at a crossroads. Will they look beyond the work relationship and explore their interest? Or will Juliet be going back to the US with more questions than she had when she first arrived in London?
Read more
One person found this helpful
Helpful
Report abuse

Celeste C.
5.0 out of 5 stars Loved this!
Reviewed in the United States on July 16, 2020
Once again Samantha has kept me up past midnight reading her novel! Not wanting to put it down in anticipation of what was coming next!
An enjoyable All Season read, I could have been curled up by the fire watching the snow fall, or out by my pool soaking up the sun!
Totally enjoyed this and both of her previous novels!
Thanks Sam, for taking me on a staycation!
Read more
Helpful
Report abuse
See all reviews