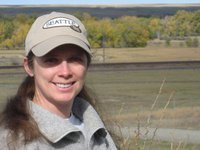 Theresa Danley’s interest in history, science and adventure all come together in her action-packed archaeological thrillers. Her explosive adventures explore the impacts ancient mythologies can have on modern ideologies, extracting answers to the unknown and mysterious through heart-pounding, edge-of-your-seat suspense.

Theresa began linking the realms of the ancient world with the present in 2010 with the publication of her first thriller, Effigy. Now, the journey continues with the coming release of Deity (July 2012), and the third book which is currently in the works.

Theresa lives along the hi-line of Montana where she keeps busy raising her family, riding her horses and entertaining her imagination with writing and research. 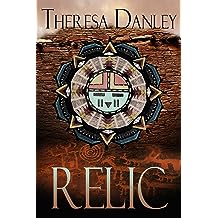 Relic Oct 1, 2014
by Theresa Danley, Merrylee Lanehart
( 1 )
$3.99
When Lori Dewson isn't seeking ancient mysteries to solve, they come looking for her. This time it's in the form of a mask illegally looted out of New Mexico's soil. Could it be the Hopi ceremonial mask of the Blue Star Kachina, or that of a prophetic priest with Toltec origins? Anthropologist, Anthony Peet, is already neck deep into the case. But there are others who have their own agendas for the artifact, which could mark the end for Lori and Peet - and the world. RELIC daringly collides the Mesoamerican cosmologies first introduced in Theresa Danley's archaeological thrillers, EFFIGY and DEITY, with the mythological and archaeological mysteries of the American Southwest
Read more