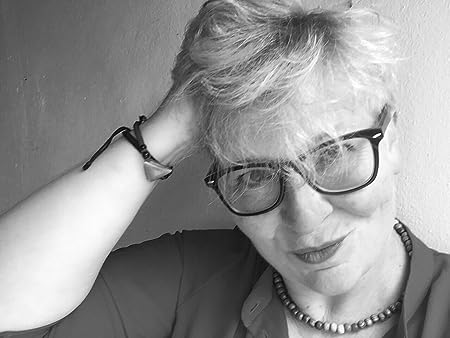 Thérésa lives with her husband and furbaby by the sea in South Wales.

She originally trained as a psychologist then (when the Ghostbusters thing didn’t work out) she went into teaching. All the while, she was writing; initially working on screenplays before moving on to be an award-winning playwright. She continues to work as a playwright/screenwriter, and has a number of films in pre-production. Her recent multi award-winning film “Like Glass” is now available on Amazon Prime. Check out her IMDb page.

In 2015, Thérésa published her debut novel, the science-fiction thriller “Our Little Miracle”. A new edition was released in 2020. 2016 saw the release of “Diary Of An Everyday Vampire”. The third instalment of the 'vampire stand-up' is now available. Other humour titles include the Austen-inspired "First Impressions" and, most recently, "The Ghosts Of Little Cocking".

"Dominic: The Tale Of An Accidental Vampire" tells the gothic horror/romance story of a very different vampire. The sequel, "Fortior Concordia" is out now, with the third book in the saga due in 2021.

Her style is very visual, poetic, and has been described as ‘like Classic Gothic fiction of the best kind.’

Thérésa describes herself as being ‘multi-lingual, hyperactive and outdoorsy’. She is also an actress, singer, and is learning to play the guitar. She jokes that if/when anyone makes a film of Dominic, she’d like to play Aunt Melissa, please..! 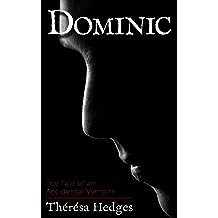 Dominic: The Tale of an Accidental Vampire Nov 1, 2016
by Thérésa Hedges
( 5 )
$3.99
Not all angels fall. Some are pushed... London, the 1890s. Dominic Ross is a sweet, idealistic student doctor, finding his way around London society with the help of his devoted friend James. Dominic's life is full of potential: a promising career, good friends and a girl he adores. When he and James meet society darling Sir Adam Morell, they have little idea of the secret that will turn the innocent Dominic's life upside down. Book 1 of the Dominic Saga.
Read more
Other Formats: Paperback 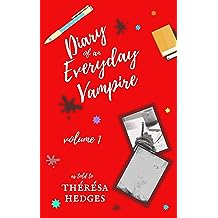 Diary Of An Everyday Vampire: Volume 1 Sep 29, 2016
by Thérésa Hedges
( 5 )
$2.66
No glitter, no fuss, just a new-fangled view on life…
Did you know vampires are real? Of course you did. Well, you always suspected it. And they're not actually undead, just largely unenthusiastic about the modern world.
Here's your opportunity to find out the amusing truth...
Read the secret thoughts of one such outrageous creature: the Everyday Vampire.

"I love the 'Bridget Jones' vampire! This always makes me laugh! It's brilliant!"
(Beta review)
Read more
Other Formats: Paperback 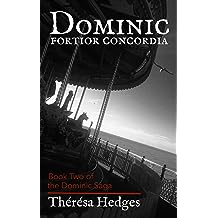 Fortior Concordia May 21, 2019
by Thérésa Hedges
( 2 )
$6.30
Fate is the deadliest predator... Dominic, Arena, James, and baby Ully have moved to the tiny seaside town of Aberarawn on the west Wales coast. However, their new life is not all plain sailing. The little family settles down to the joys and heartaches of togetherness, while James searches for his own Happy Ever After. But the longed-for quiet life eludes them all as a dangerous secret from the two friends' past threatens to destroy their family, and their future. The eagerly awaited sequel to 'Dominic' picks up six months after they leave Merlinton. Questions are answered, and new mysteries unveil themselves in this unique tale of vampire life and love.
Read more
Other Formats: Paperback 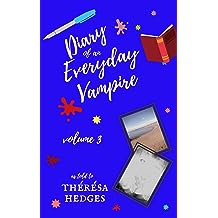 Diary Of An Everyday Vampire: Volume 3 Oct 31, 2020
by Thérésa Hedges
$2.99
Still dishing out (surprisingly useful) advice and setting the human world to rights, the Everyday Vampire is back with more humour than you can shake a ranty stick at!
Read more 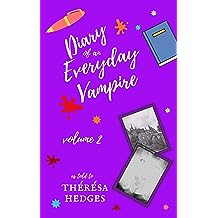 Diary Of An Everyday Vampire: Volume 2 Jul 1, 2019
by Thérésa Hedges
( 3 )
$2.99
"I'd love to call my diaries "Self-help From The Undead" but I'm not undead. I'm not sure how helpful they are, either..."
Read more of the irreverent rants, humorous musings and (possibly) useful advice from the most unusual creature ever - the Everyday Vampire.

"A humorous read with lots of self-help advice that actually Is helpful. An insight into the life and loves of an 'Everyday Vampire' is a really easy, enjoyable read. I recommend this book." (Amazon *****)
Read more
Other Formats: Paperback 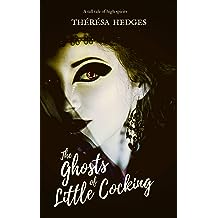 The Ghosts Of Little Cocking: A tall tale of high spirits Apr 8, 2020
by Thérésa Hedges
( 3 )
$3.78
A role to die for... Everyone wants to be a movie star. When indie director Darton Jellicoe heads off to Little Cocking Manor to film his life's opus, he doesn’t count on the interventions of a pair of actors from days gone by. While one longs to be in the limelight once again, the other does his level best to ensure the production doesn’t have a ghost of a chance...
Read more
Other Formats: Paperback 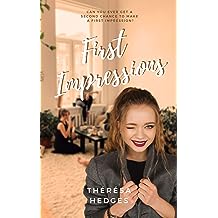 Lottie, Ellie and Jenny are three young women looking for love. Their dating prospects at church are a motley bunch at best. Then into the picture comes the charming Nathaniel, his perfectionist brother Jake and their hapless cousin Chris. Throw in intrigue caused by family and friends past and present, and the course of true love will have a very hard time running smooth. Or anywhere at all.

NOMINATED FOR THE 2018 WHITNEY AWARDS

"Britcom at its best!"
"Charming, hilarious... a lovely tempo from start to finish"
Read more 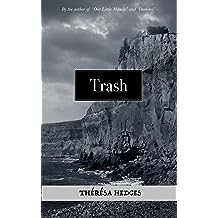 TRASH Sep 23, 2017
by Thérésa Hedges
$5.04
In the near future, society is split ever more into haves and have-nots. People will gladly pay through the teeth for the latest must-have product. Most famous and desirable of all these is a new 'green' furnishing material called Kalsinum, nicknamed 'Trash' by the popular press. Nina, a young biochemist goes to work at the labs that produce it, and meets the dashing but troubled Doctor Edwards. One by one, she uncovers the secrets behind her predecessor's departure; the unusual recruitment techniques used by the company; and the disturbing truth behind Kalsinum, unknown even to the people working with it... ‘A stunningly sinister page-turner! Seriously creepy… very chilling.’ (5*****)
Read more
Other Formats: Paperback 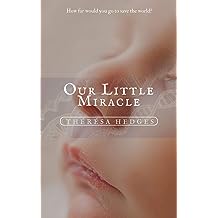 Our Little Miracle May 11, 2015
by Thérésa Hedges
( 3 )
$5.04
How far would you go to save the world? This is the very real dilemma facing young genetic scientist Fraser Maddox as he joins the mysterious Project Parthenos, led by the equally enigmatic Richard Alexander. Over the next few years, Maddox discovers that Alexander has his own agenda. Success eventually follows catastrophe. As events unfold, one thing becomes ever clearer: In trying to save mankind, they may have inadvertently risked its destruction... This fast-paced science fiction adventure explores the moral dilemmas of genetic engineering and the potential it has for shaping our future - for better or worse. "Great plot, thought-provoking theme. Held my interest from the start." (Amazon *****)
Read more
Other Formats: Paperback