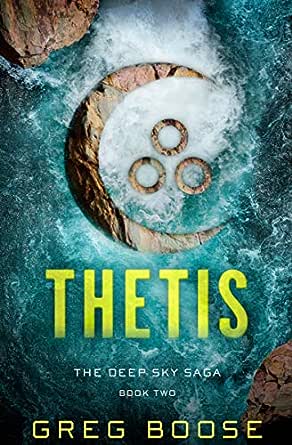 You've subscribed to The Deep Sea Saga! We will preorder your items within 24 hours of when they become available. When new books are released, we'll charge your default payment method for the lowest price available during the pre-order period.
Update your device or payment method, cancel individual pre-orders or your subscription at
Your Memberships & Subscriptions
There was an error. We were unable to process your subscription due to an error. Please refresh and try again. 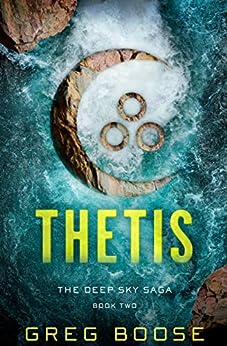 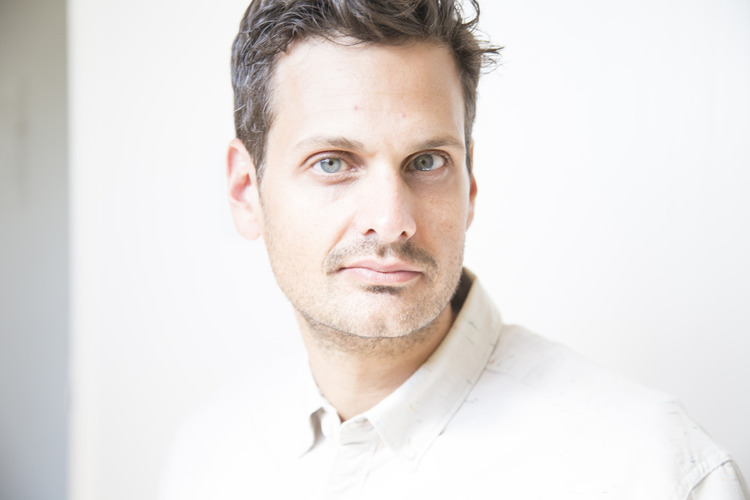 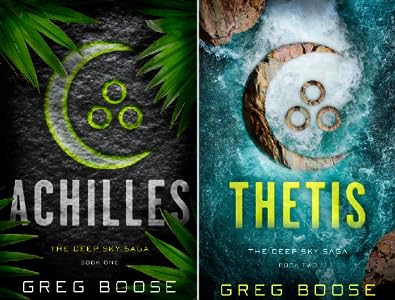 "This sci-fi thriller is perfect for teens, with strong writing and intriguing characters whose disparate temperaments, capabilities, and goals drive the story."―School Library Journal on ACHILLES --This text refers to an alternate kindle_edition edition.

The fourth of six kids, Greg Boose grew up on a large produce farm in northeast Ohio. He received his undergraduate degree from Miami University, and then later received his M.F.A. at Minnesota State University Moorhead where he focused on screenwriting and fiction. He lives in Santa Monica with his two young daughters. --This text refers to an alternate kindle_edition edition.

Jeremy B.
5.0 out of 5 stars Very entertaining read!
Reviewed in the United States on October 17, 2018
Verified Purchase
The author's ability to use such detailed and descriptive writing is truly remarkable. While reading this book, I could easily visualize alien creatures and landscapes straight from his imagination. The book is immersive and impressive, and packed full of action from beginning to end. The storytelling is fast paced and easy to read while still remaining nuanced and mature. Overall I thoroughly enjoyed this book and highly recommend it to any sci-fi or YA fan. Definitely read the first book in the series, Achilles, before you pick this up as the story picks up right where the last book left off. This entry in the series is better than the first and I only expect the 3rd book in the series to be the best yet. I can't wait!
Read more
One person found this helpful
Helpful
Comment Report abuse

Christopher Acosta
5.0 out of 5 stars Action packed and mysterious -- excited for the third (and final) book.
Reviewed in the United States on October 23, 2018
Verified Purchase
Thetis picks up the action right where Achilles ended, with Jonah on the ship to Thetis. We get to see what the planet is like -- full of mysteries, danger, interesting animals and wildlife, and new characters. It's fun to see what happened to some of the characters in the first book and the reappearances of a few of them. Thetis is not what it seems, and over the course of the book we get lots of answers concerning the first book as well as new questions to be answered.

I especially enjoyed the descriptions of Jonah's eyesight and the actions scenes with the Mimics. The book moved forward nonstop and kept me flying through the chapters. Ready for the next one!!
Read more
One person found this helpful
Helpful
Comment Report abuse

DavidH
4.0 out of 5 stars A bit disappointing
Reviewed in the United States on October 17, 2019
Verified Purchase
Story stretched to accommodate third book. Antagonist has a weird " do I talk/don't talk?" conflict about his experiences in book 1. At times I just wanted to shout at him to "spit out" his story to someone. Some characters are like bad actors, over-emoting for no apparent reason except to "charge" the story at that point.
With that said, I have to buy the third book when it's published to find out how the story ends! LOL
Read more
Helpful
Comment Report abuse

Chatterton-Purdy
5.0 out of 5 stars Fasten your seatbelt and expect an amazing ride!
Reviewed in the United States on December 9, 2018
Verified Purchase
Our grandson is really into outer space and loved both books 1 and 2!
Read more
Helpful
Comment Report abuse

Greg Boose
5.0 out of 5 stars Hey, that's my name.
Reviewed in the United States on December 17, 2019
Verified Purchase
Interesting there is a white and black author with my name.
Read more
Helpful
Comment Report abuse

Jasmine J
4.0 out of 5 stars Thetis is crazy!
Reviewed in the United States on November 4, 2018
Thetis is the second book in the Deep Sky Saga, and let me tell you, it gets even crazier this time around. I was able to read Achilles last year, and you can check out my review of that one here.

Now, if you haven't yet read Achilles, you may not want to read this review, as it will most likely contain some spoilers. Proceed with caution...

Thetis picks up where Achilles left off. Jonah and some of the other survivors have been rescued and are taken back to the planet they were originally meant to land on. But they no longer receive the welcome they expected to. Instead, the other colonists seem angry with them, blaming them for things beyond their control.

Jonah is annoyed by this, but he tries to take things in stride. Unfortunately, it's easier said than done. Mirker, the man in charge, seems nice, but there's an underlying aggression to him. And then there's the strange creatures on Thetis, along with the "druggies" who took verve and are now completely off their rockers. However, there may be more to their craziness than anyone knows.

When Jonah starts unraveling the secrets of what's really going on, he realizes his life is about to change in a big way. But is he ready for that responsibility?

I really, really enjoyed Thetis. It was intense and dark and crazy, and I enjoyed every second of it. I was like, what's going to happen to Jonah next? Like, this poor kid can't catch a break at all. But the more into the story you get, the more you sort of understand why his life is one giant nightmare. Well, not really, but it is pretty awful.

I loved the crazy imagery I got from the descriptions of Thetis, the creatures on the planet, etc. I feel like these books would make awesome movies, because they'd be so...visual. I like that.

I absolutely hated so many characters this time around, and there were other characters I was glad to see weren't as bad as I originally thought. So that was a plus.

I'm just really looking forward to book three. Like, I cannot wait. I need it now.

I highly recommend this series, and if you haven't yet read Achilles, you need to get on that ASAP. Both stories are fantastic, and if you like YA sci-fi, you'll enjoy these books.

Nancy Allen (The Avid Reader)
VINE VOICE
5.0 out of 5 stars Monsters and ghosts
Reviewed in the United States on October 25, 2018
In Achilles the first book in The Deep Sky Saga we meet a group of teenagers who were on their way to the planet Thetis to help colonize it after teenagers on Thetis were killed. Jonah’s ship crashes on Thetis moon Achilles before they can make it to Thetis. People are slaughter from one side of the moon to the other.

After all of the horrid things that Jonah and his friends experience on Achilles they are finally rescued by people from Thetis. But their nightmares don’t end when they reach Thetis. Jonah runs into more monsters and ghosts on Thetis and they all want him to join them and become their leader.

Monsters or something have taken over the people who were on the Mayflower #2 when it crashed on Achilles and now they have been brought to Thetis where their nightmares continue. Jonah keeps hearing voices his head telling him to follow them and give him instructions of where to go and what he must do. Jonah is not sure where the voices are coming from or if they are even real. Jonah just wants to save all of his friends from the monsters that are taking them over. He wants to help Thetis to become a better place to live for everyone on the planet as well as the people from Earth, hopefully one day.

Thetis is a face paced book that grabbed my attention from the first page and still hasn’t let go. Thetis is just as good as or maybe slightly better than Achilles. But seriously if I had to pick one or the other I don’t think I could I truly and honestly loved both books.

The Deep Sky Saga just gets better and better with each word. I love the world that was created for The Deep Sky Saga. It is filled with lots of action that keeps you hooked from one page to the next not knowing what is going on around you. You feel as if you have been sucked right into that wormhole with Jonah and everyone else. I can’t wait to see where The Deep Sky Saga takes us next and what journeys lay ahead.

I would recommend Thetis to all fans of science fiction. If you like TV shows like The 100, Lost or even Star Trek then you will love Thetis and Achilles.
Read more
Helpful
Comment Report abuse
See all reviews