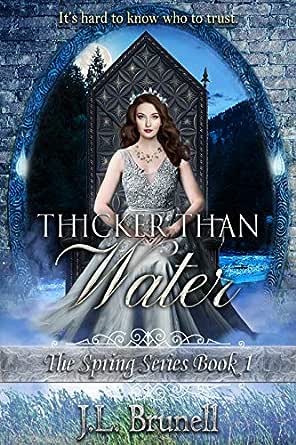 You've subscribed to The Spring Series! We will preorder your items within 24 hours of when they become available. When new books are released, we'll charge your default payment method for the lowest price available during the pre-order period.
Update your device or payment method, cancel individual pre-orders or your subscription at
Your Memberships & Subscriptions
There was an error. We were unable to process your subscription due to an error. Please refresh and try again. 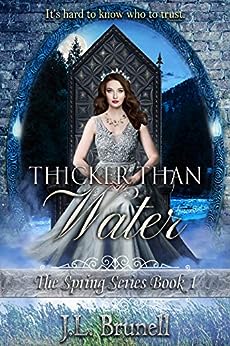 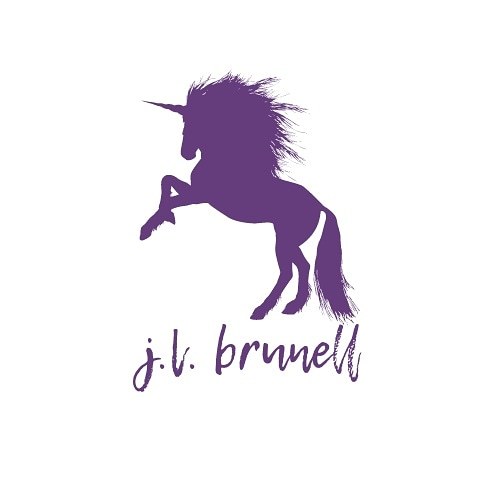 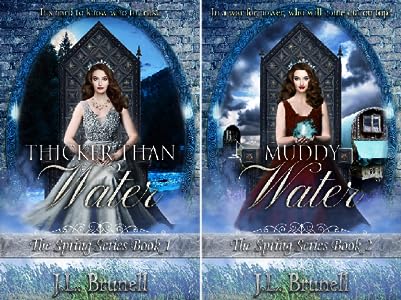 4.5 out of 5 stars
4.5 out of 5
37 customer ratings
How does Amazon calculate star ratings?
Amazon calculates a product’s star ratings based on a machine learned model instead of a raw data average. The model takes into account factors including the age of a rating, whether the ratings are from verified purchasers, and factors that establish reviewer trustworthiness.
Top reviews

Darque Dreamer
3.0 out of 5 stars Fast Paced and Intense.
Reviewed in the United States on February 13, 2019
Verified Purchase
Thicker Than Water was fast paced and intense. It was full of emotion and excitement. It had a unique premise and a satisfying, cliff-hanger ending.

Did I enjoy this one? I did. Though, I wish the pace had slowed down a bit. Everything seemed to happen so fast, and there wasn't much time for character development or story setting. I did enjoy the history of the story, the magical spring, and the Chosen Eight, though, and I did enjoy at least getting to know Taliea a little.

Taliea started off feeling a little like a typical YA female character. She was thrust in to a dangerous situation, and was pretty focused on what she lost and how things had changed so suddenly. But, what I loved about her is how I saw her grow and mature. She grew in to her role of queen and made me want to follow her story.

I didn't feel like I grew attached to any of the other characters though. I wish I had. Because Taliea was very attached to them herself. I also never really felt like the story setting was pinned down and developed for me. The book focused more on Taliea and the history of her ancestors, and the Bracknids. I felt like the book could have been a little longer and not skipped over so much time to really develop what I felt was lacking.

Was this worth a read? It was. Though it was a little predictable, and seemed to follow the basic YA style plot-line, it had it's own originality to it, and the history of the story, and Taliea, really kept me going. I would definitely pick up book 2 to find out what happens. I'd rate it about 3-3.5 stars.

Thank you to the author for providing me with this free e-book in exchange for my honest review.
Read more
Helpful
Comment Report abuse

Amazon Customer
5.0 out of 5 stars Don’t let the cover keep you away. This book is amazing!
Reviewed in the United States on January 19, 2019
Verified Purchase
I am an avid reader and am always looking for something new and fresh. Thicker Than Water did not disappoint! The characters are well crafted and by the end of the book you feel like you know them personally. Lady Royal is beautiful and although I am older than her, my heart ached for her in a way that reminded me of my own youth. The story is rich with detail and there are enough twists and turns to keep you engaged the entire time. One of the biggest compliments that I can leave is that I didn’t want to put this book down. Once I was reading I had a need to know what was going to happen! The best part is that this is a series! I cannot wait to read the second book when it is released.
Read more
Helpful
Comment Report abuse

Amazon Customer
5.0 out of 5 stars Interesting and easy read!
Reviewed in the United States on December 31, 2018
Verified Purchase
I don’t normally write reviews but I was able to read an advanced copy of this and- wow! Thicker Than Water is a wonderful read; I was drawn into Lea’s story and couldn’t put it down. The plot was unique, the story line unpredictable, and the characters were interesting. All signs of a great book. I wouldn’t have been able to tell that this was the debut novel for JL Brunell if it hadn’t been mentioned. Definitely worth your time! I’m looking forward to reading the next book. I love a good series!

Also- this is a great book for teens because it is intense and there is a romantic storyline but nothing too graphic.
Read more

Amazon Customer
5.0 out of 5 stars Wonderful new YA fantasy novel
Reviewed in the United States on December 30, 2018
Verified Purchase
This is a great debut novel for JL Brunell. She did an amazing job writing and providing an engaging story line. Taliea is a strong heroine and I became completely engaged in her journey. Can’t wait for the next book!
The cover is beautiful, too!
Read more
Helpful
Comment Report abuse

Kath
5.0 out of 5 stars Up and coming Author
Reviewed in the United States on January 9, 2019
Verified Purchase
I am usually not a fan of YA Fantasy but was pleasantly surprised and delighted with this book. Thicker Than Water is a good read. It kept me on the edge of my seat wanting more. The twist and turns along the way were not predictable and I am looking forward to reading the second book. Good job JL Brunell
Read more
Helpful
Comment Report abuse

Seraphia
VINE VOICE
5.0 out of 5 stars Trust No One
Reviewed in the United States on January 15, 2019
Thicker Than Water by J.L. Brunell is book one in her The Spring Series. In this book, the author introduces us to a young woman by the name of Lea. All her life, Lea has lived in a small village with her family. Her parents were treated like royalty and respected, but in the shadows, Lea was bullied by the children. For the most part, Lea’s life was good…until one day changed all that. She comes home to find her parents murdered. With her dying breath, her mother tells her to “find Gabe and to trust no one else.” It’s a heartbreaking moment for Lea and the one that shatters her world forever.
Thicker Than Water is the first book that I have read by J.L. Brunell and for the most part, I enjoyed this story. The storyline isn’t fast-paced, but it does move at a decent pace. The story focuses on Lea and is told through her eyes. I don’t want to say that Lea is a weak character, but for the most part, she is. She’s not weak in the sense that she brings the story down, but she’s weak physically and at times, in my opinion, emotionally. I get that she has lived her life not knowing the truth about who she really is, but I expected more from her in certain situations.
When she should be standing up for herself with certain characters, she’s quiet and meek. But when she’s dealing with characters closer to her own age, in certain situations she’s fiery and quick to snap. One scene in particular that I didn’t like was when Gabe comes to talk to her. The author calls what happened “a conversation.” I honestly didn’t see it like that. Lea didn’t allow Gabe to talk. She yelled and screamed at him after he said a couple sentences and then told him to leave. That’s hardly a conversation in my opinion. I expected more from her.
This story is a rollercoaster ride of emotions for the reader. From the loss of her parents to the learning of the truth about who she is and eventually the truth about more than she thought. There is quite a bit going on in this story and I appreciate the various dynamics as well. For that, I am rating this book 4.5 out of 5 stars. I’m hoping that Lea will become stronger as a character in the next book and begin to assert herself as she should in the appropriate moments.
Read more
Helpful
Comment Report abuse
See all reviews from the United States