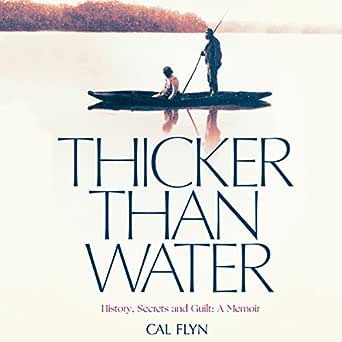 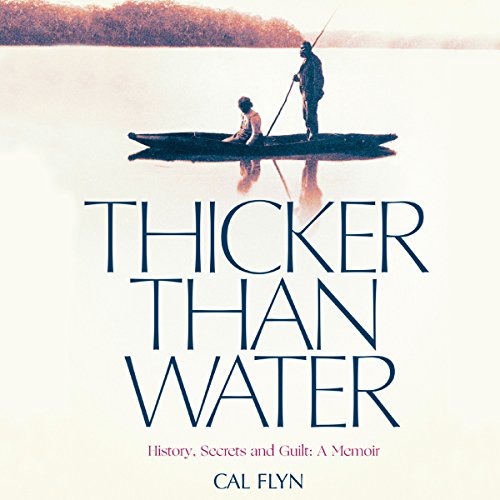 Thicker than Water: History, Secrets and Guilt: A Memoir

This title is not available for you.

Calm Tom
5.0 out of 5 stars Excellent!
Reviewed in the United States on December 17, 2018
Verified Purchase
I'm sold on Cal Flynn. Can we have some more books please? This one was a great read. I'm not usually a history buff, but a friend suggested it. Her personally story and the historic story of the atrocities really made it work for me.
Read more
Helpful
Comment Report abuse

Leonie F. Murray
5.0 out of 5 stars A local gippslander
Reviewed in the United States on September 6, 2016
Verified Purchase
We should all know the whole truth of what went on in our history. I loved how this book challenged us to explore human nature. The approach taken was realistic and unbiased. McMillan was a mass murderer.
Read more
One person found this helpful
Helpful
Comment Report abuse
See all reviews

lwuzzo
4.0 out of 5 stars Conflict in early ustralia
Reviewed in the United Kingdom on December 21, 2016
Verified Purchase
Easily readable, this book stirs the imagination, shedding some light on the conflicts of the mid-1800s between the radically different peoples of a part of Australia. Massacres of natives by the incomers were part of this, some led by one of the author's collateral ancestors. Something gets said also about the last half-century despite much reticence. The author engages the reader quite well with her own states of mind, if perhaps slightly to excess.
Read more
One person found this helpful
Report abuse

Ms. Pamela Howat
5.0 out of 5 stars Five Stars
Reviewed in the United Kingdom on July 29, 2017
Verified Purchase
A beautifully written book telling the history/story about indigenous people of Scotland and Australia.
Read more
One person found this helpful
Report abuse

Paul Aicken
4.0 out of 5 stars A "Who do you think you are " sojourn into the authors family history & legend uncovers an uncomfortable truth.
Reviewed in the United Kingdom on December 10, 2016
Verified Purchase
An honest account of the authors famous (or infamous as it turns out) uncle's pioneering life in the new world that was Australia. Informative, educational and thought provoking.
Read more
One person found this helpful
Report abuse

Burke Hare
5.0 out of 5 stars Reads like a Novel
Reviewed in the United Kingdom on May 2, 2017
Verified Purchase
I could write much about this unusual book, an account of the genocidal destruction of an Aboriginal tribe. Suffice it to say that I was reluctant to put it down until I had finished reading the entire contents.
Read more
One person found this helpful
Report abuse

Rob
5.0 out of 5 stars An important book
Reviewed in the United Kingdom on November 26, 2016
Verified Purchase
Well written and informative but uncomfortable reading. The images Cal Flyn creates are haunting and difficult to assimilate.
Read more
One person found this helpful
Report abuse
See all reviews