You've subscribed to Final Dawn! We will preorder your items within 24 hours of when they become available. When new books are released, we'll charge your default payment method for the lowest price available during the pre-order period.
Update your device or payment method, cancel individual pre-orders or your subscription at
Your Memberships & Subscriptions
There was an error. We were unable to process your subscription due to an error. Please refresh and try again. 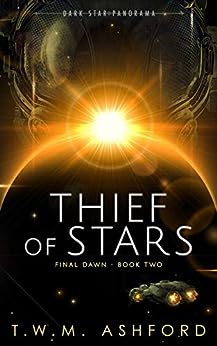 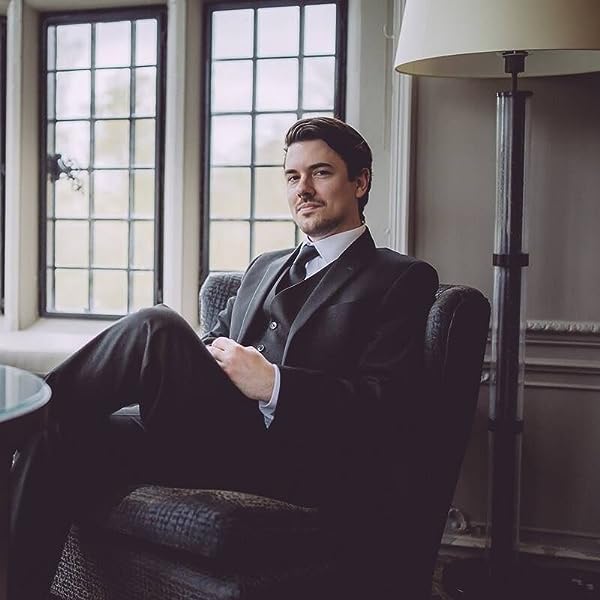 Listen with Pride
Explore the diverse array of titles—some funny, some brave, some thrilling, some sad—to find connection and inspiration. See more
Books In This Series (4 Books)
Complete Series 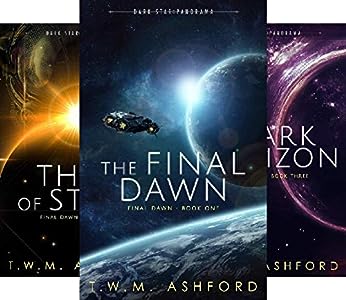 4.2 out of 5 stars
4.2 out of 5
130 global ratings
How are ratings calculated?
To calculate the overall star rating and percentage breakdown by star, we don’t use a simple average. Instead, our system considers things like how recent a review is and if the reviewer bought the item on Amazon. It also analyzes reviews to verify trustworthiness.
Top reviews

Jester67
5.0 out of 5 stars Book 2 of the Final Dawn series 5 🌟 again
Reviewed in the United States on August 19, 2020
Verified Purchase
Can the universes loan human find his wife again and save the human race? Maybe. But he's going to need a lot of help from his robotic friends and the ship that thinks he's kinda cute. Can't wait for book 3 to hit the Amazon sales shelf. This story has kept me thinking about the characters long after I finished reading.
Read more
Helpful
Report abuse

Michael
5.0 out of 5 stars A Great Follow-up
Reviewed in the United States on February 20, 2021
Quick Disclosure: I am a member of the author’s reader’s group on Facebook and I redeemed the ebook code for free, along with the first and third books. I also received the prequel story Before the Dawn, which ultimately sold me on getting physical copies of the three main books. With that said, here is my review.

I started this shortly after finishing Final Dawn, and despite being nearly the same length as the first book, it felt like a longer and more evenly paced adventure. The writing style is still the same, but we get the chance to see new planets and worlds that provide a very distinct atmosphere for each setting.

As for the story, if the first book is a fish-out-of-water story, this is a be-careful-what-you-wish-for tale. Jack’s singular motivation this entire time has been to get back home and save Amber, his one-connection to humanity and his previous life. Without her, not even saving his people would mean anything to him. As a result, he’s almost done some rather crazy things to get back. Most of those attempts, however, haven’t been surefire ways to return to Earth, primarily since no one even knows its name or location. This makes it all-the-more worrisome when an alien that does know of Earth offers a chance to get Jack back, but only if he steals a sun from the most advanced and vicious alien race in the galaxy.

With that in mind, everyone in the story, and even the reader, knows the stakes are high, and if things go south, the consequences will be ugly to say the least.

In the first book, I had a sense that things would still turn out ok, but in Thief of Stars, all bets were off. I legitimately didn’t know what was going to happen to the characters, which made for some very invested reading.

Overall enjoyment: Five stars! The book feels like a perfect follow up to Final Dawn, giving us a better view of the galaxy and the people that live in it. The stakes are higher, the suspense is palpable, and I got a genuine sense of danger for the characters.
Read more
Helpful
Report abuse

David P. Duffy
3.0 out of 5 stars Hapless Jack Makes His Way Through Alien Space
Reviewed in the United States on August 31, 2020
A reluctant and oftentimes a petulant Jack Bishop continues to stumble to success in alien space thanks to an engaging cast of sentient androids and a sentient starship which has a crush on him.

It sounds silly, but it works thanks to the droids. If not for them Jack wouldn’t survive, have grown a pair, nor would this reader have enjoyed “Thief of Stars.”

Anna Millay
5.0 out of 5 stars Wow!
Reviewed in the United States on February 17, 2021
Wrote a raving review for books 1 and 3, doing the same here! Definitely worth the money, even if you have KE! Waiting semi-patiently for the next books!!
Read more
Helpful
Report abuse
See all reviews

Andrew Ullah
5.0 out of 5 stars Enjoyable read
Reviewed in the United Kingdom on August 19, 2020
Verified Purchase
Read both books in 2 days, couldn't put them down, really enjoyed the story line and the concept, looking forward to the 3rd book
Read more
Report abuse

Lewis
5.0 out of 5 stars Great characters. Good storyline. What’s not to like.
Reviewed in the United Kingdom on March 1, 2021
Verified Purchase
I read the first book and really enjoyed it. I was unsure as to how it would develop from there, but the second book is not excellent. Looking forward to reading the next one.
Read more
Report abuse

Mr. R. J. Ratcliff
5.0 out of 5 stars Very enjoyable reading
Reviewed in the United Kingdom on October 26, 2020
Verified Purchase
A very addictive and great reading of all the books in this series
Read more
Report abuse

Laszlo
5.0 out of 5 stars Excellent book, doesn’t fail to entertain
Reviewed in the United Kingdom on March 22, 2021
Verified Purchase
I loved the continuously building party, being exposed to other species and the fact that the story is not dragging. I secretly hoped to reach Earth by the end of the book but I don’t mind starting with it on the next one. Amazing twists. Full of emotions. 5/5
Read more
Report abuse

Soamster
5.0 out of 5 stars Outstanding read
Reviewed in the United Kingdom on August 13, 2020
Verified Purchase
I thoroughly enjoyed the 2 current books in this series , bring on the next one. Well worth it .
Read more
Report abuse
See all reviews