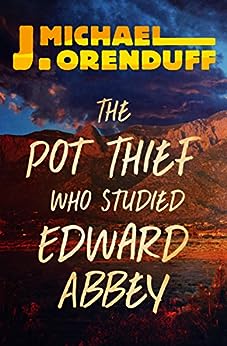 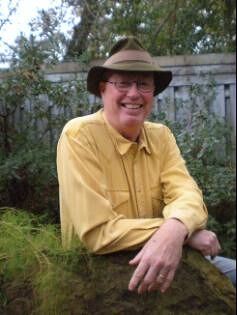 by J. Michael Orenduff (Author) Format: Kindle Edition
Book 8 of 9: The Pot Thief Mysteries
See all formats and editions
Sorry, there was a problem loading this page. Try again.
The pot thief is going back to school, but someone on campus is trying for a different kind of degree—murder in the first—in this “smartly funny series” (Anne Hillerman).

Before making a somewhat notorious name for himself as a salvager of antiquated pottery and other desert artifacts, Hubie Schuze was an eager student at the University of New Mexico—right up until they booted him out. Now, he’s back at UNM as a pottery teacher. It should be a breeze, but campus life has changed dramatically in the past twenty-five years. From cell phones to trigger warnings to sensitivity workshops, Hubie has to get up to speed fast or risk losing control of his class.

But his dismay at the state of modern academia takes a back seat when a young beauty working as a life model is murdered—and Hubie becomes a suspect. Taking the investigation into his own hands, he soon uncovers a wide palette of sketchy suspects that includes both the self-involved student body and the quarrelsome art school faculty.

But what he doesn’t know is that the murderer has a new artistic project in the works: a headstone for the grave of Hubie Schuze . . .

The Pot Thief Who Studied Edward Abbey is the 8th book in the Pot Thief Mysteries, but you may enjoy reading the series in any order.

Next 2 for you in this series See full series
Total Price: $17.98
Books In This Series (9 Books)
Complete Series
The Pot Thief Mysteries
Kindle Edition
Page 1 of 1Start OverPage 1 of 1
Previous page
Next page

“The Pot Thief Who Studied Edward Abbey is superb, a funny, totally puzzling mystery studded with the kind of delectable arcane knowledge Orenduff always brings to this series. I’ve loved every one of the Pot Thief books and this is the best yet.” —Timothy Hallinan, author of Fields Where They Lay: A Junior Bender Mystery

Praise for the Pot Thief Mysteries
“Readers who haven’t made Hubie’s acquaintance should be encouraged to do so. [A] nice mix of comedy and mystery.” —Booklist on The Pot Thief Who Studied Georgia O’Keeffe

“Sprinkled with a cast of characters, word play and word games . . . dealing with New Mexico history and geography. Detours spin off into other detours, which . . . are part of the lightheartedness of the story.” —Albuquerque Journal on The Pot Thief Who Studied Georgia O’Keeffe

“Funny at a very high intellectual level and deliciously delightful.” —The Baltimore Sun on The Pot Thief Who Studied Escoffier

“The perfect fusion of murder, mayhem and margaritas.” —El Paso Times on The Pot Thief Who Studied Einstein

J. Michael Orenduff grew up in a house so close to the Rio Grande that he could Frisbee a tortilla into Mexico from his backyard. While studying for an MA at the University of New Mexico, he worked during the summer as a volunteer teacher at one of the nearby pueblos. After receiving a PhD from Tulane University, he became a professor. He went on to serve as president of New Mexico State University.

Orenduff took early retirement from higher education to write his award-winning Pot Thief murder mysteries, which combine archaeology and philosophy with humor and mystery. Among the author’s many accolades are the Lefty Award for best humorous mystery, the Epic Award for best mystery or suspense ebook, and the New Mexico Book Award for best mystery or suspense fiction. His books have been described by the Baltimore Sun as “funny at a very high intellectual level” and “deliciously delightful,” and by the El Paso Times as “the perfect fusion of murder, mayhem and margaritas.”

Betty K. Fry
5.0 out of 5 stars Make yourself at home in Albuquerque
Reviewed in the United States 🇺🇸 on June 24, 2018
Verified Purchase
I was waiting impatiently for a new installment in the Pot Thief series. This one does not disappoint, though Edward Abbey is not one of my favorite UNM alums. I am pretty anal about reading series in order, and this series I think especially requires it. Part of the pleasure is keeping up with my friends in Hubie's little circle. They all have their own histories and they're all intelligent and good people. I think none of them have anything in common with Edward Abbey, but, after all, he didn't stay in New Mexico very long. I relate to the man's introversion, and I could get behind being buried in a secret grave in the Arizona desert, but he was anti-immigrant, which doesn't resonate with the values of many New Mexicans.

I've lived in Albuquerque for 23 years, a retired accountant from UNM's Department of Physics and Astronomy, and I will never leave. The laid back ambience of Old Town is a relief to the tourist who has spent a day in pricey and crowded Santa Fe. In any neighborhood in town it's common to see a roadrunner or even a coyote in the back yard. Orenduff's quiet little conversations with Susannah feel very real, as I know how the time can get away while relaxing on a bench or at a little table on the Plaza. Susannah's perspective as an avid reader of mystery novels when Hubie has a personal dilemma that involves murder reminds me of conversations with my sister. I'll mention a local crime and some esoteric factor, like a poison extracted from a fruit, and she'll say "Oh yeh. I read about it in The knitter Assassin series." She owns and has read all 8 of Orenduff's books, too. She says she goes to him to cleanse the palate after reading a dozen BookBub freebies.

I wonder sometimes how readers who never have experienced New Mexico, Albuquerque in particular, can appreciate this unique series. By the way, the city has a murder rate that ranks 39th in the country, so this isn't the resort town where a crime more serious than hotel vandalism is rare. I then think about books I've read that are set in other countries or in rural towns in the US. So different from my experience, but I make myself right at home, and soon the place could have my voter registration.

I invite readers of intelligent mysteries to make themselves at home in Albuquerque through the writings of J. Michael Orenduff. The murder mysteries have local relevance. Their resolutions emerge as products of multicultural thinking by a man whose spirit long ago merged with those of Anasazi artisans.

After you have run out of Offenduff novels and are frustrated while waiting for your next Albuquerque fix, I recommend you get into the works of Rudolfo Anaya. I'll leave it at that and let you discover the poetry in the parallels.
Read more
3 people found this helpful
Helpful
Report abuse

ivbell
3.0 out of 5 stars Preachy and improbable
Reviewed in the United States 🇺🇸 on October 17, 2021
Verified Purchase
I’ve read many of these but I’ve begun to notice a need to spend time preaching on various topics and I’m not particularly interested. This could have been a good mystery but the side steps into trans identities, racism and deaf culture (though this was part of the plot) was too much. The mystery is very thin and the motive ridiculous. This is my last one. I’ll miss some of the characters but not their need to pontificate on social issues unrelated to the story. And I know this makes me sound narrowminded - but it's the discussions and pontificating on topics unrelated to the action and plot that I find irritating. I don't really mind reading discussions on the controversies regarding ASL as a language or as a conveyor of language - that's fine and could be interesting - it's more the attitude of the characters. As though their opinions are of course correct and others are nonsense. I certainly don't agree with everything I read but classic murder mysteries are my go to for relaxation and escape - so count me out on any further Pot Thief mysteries, though I might look up works by Edward Abbey.
Read more
Helpful
Report abuse

James T. Brown
5.0 out of 5 stars I'll stick with J. Michael Orenduff's pot thieves
Reviewed in the United States 🇺🇸 on March 11, 2020
Verified Purchase
I have never let a deal on Book Bub influence what I buy for my everyday reading agenda.. until now, with "The Pot Thief Who Studied Edward Abbey" by J. Michael Orenduff. I'm never in the market for humorous mystery stories to begin with.. I prefer to keep my genres separate. I'm not even sure why I decided to buy this book, but before I had finished it I had gone to Amazon and purchased every other book in the series. It didn't hurt that they were reasonably priced to begin with and had even better specials on three book packages.

Throughout the books Mr. Orenduff's intelligence is apparent, but not in a superior way. His stories are constructed in a foolproof manner.. and they are humorous.. and they are mysterious. And if you like all these things you're going to love the 'Pot Thief' series.. even if you don't like your peas or corn touching your mashed potatoes and gravy!

If it's not too late for the special, buy "The Pot Thief Who Studied Edward Abbey". I was so thrilled with the book I even revisited Edward Abbey, with "Desert Solitaire" for the first time in many, many years. If I have to choose pure reading enjoyment however, I'll stick with J. Michael Orenduff's pot thieves for the time being!
Read more
Helpful
Report abuse
See all reviews

Amazon Customer
5.0 out of 5 stars Great read!
Reviewed in the United Kingdom 🇬🇧 on November 23, 2018
Verified Purchase
Rattling good yarn! These stories never disappoint
Read more
Report abuse
See all reviews
Report an issue
Does this item contain inappropriate content?
Report
Do you believe that this item violates a copyright?
Report
Does this item contain quality or formatting issues?
Report