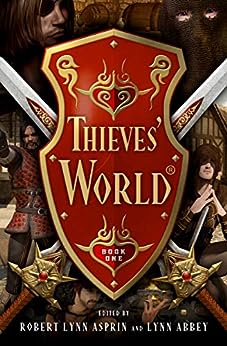 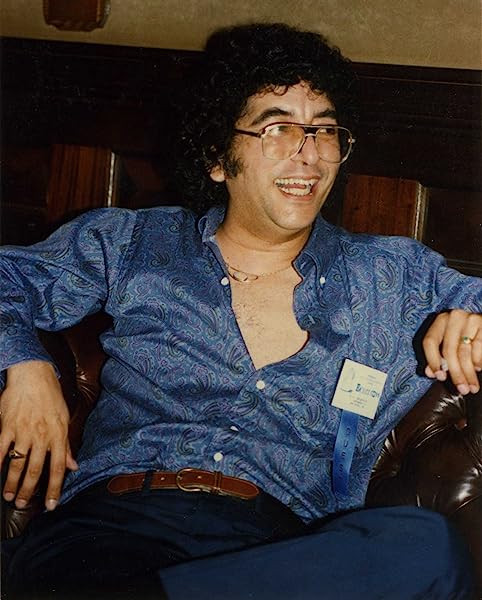 A classic series for a new generation of fantasy adventure fans, Thieves’ World® paved the way for the shared-world anthology tradition with epic worldbuilding, unforgettable characters, and nonstop action thanks to the legendary authors who contribute to it.

“Sanctuary was the city where anything could happen, where characters created by some of the best fantasy writers of the generation crossed paths and shared adventures.” —Black Gate

“A bold and daring experiment in fantasy storytelling . . . We are introduced to the cast of characters, including beggars and crime lords, wizards and soldiers, minstrels and thieves, as this new chapter in the life of Sanctuary begins, life under the governorship of Prince Kadakithis.” —Fantasy-Faction

Lynn Abbey, ex–New Yorker, ex-Michigander, and ex-Oklahoman, moved to Florida in 1997, which she says is nice, but she misses snow. Her first novel, Daughter of the Bright Moon, was published in 1978. Since then, she has published more than two dozen novels, most of them fantasies. She has been called the “Godmother of Shared Universes” for her part in creating, editing, and writing the Thieves’ World® series of anthologies, novels, and games. Abbey says she writes fantasies because when her imagination gets going, it is full of magic, intrigue, and the colors of a stained-glass window. If science fiction is the fiction of possible futures, then fantasy is the fiction of possible histories.

Robert Lynn Asprin grew up in the college town of Ann Arbor, Michigan. After serving in the army, he got a job as a cost accountant and saw nothing wrong with making a career out of arranging numbers, until he and a few friends wandered into a Society for Creative Anachronism event, where he quickly realized he had a perfect trifecta of talent: disruption, organization, and storytelling. Asprin put these talents to work to found the Great Dark Horde within the SCA, and the Dorsai Irregulars within the science-fiction fandom. The life of a cost accountant had lost its allure, but he had a family to support, so he decided to tell stories for money. Asprin’s first two books, The Cold Cash War and Another Fine Myth, demonstrated that he could write tragedy or comedy, science fiction or fantasy, with equal finesse. Then he got the idea for Thieves’ World® and changed the way authors, publishers, and readers thought about anthologies. Though Asprin died in 2008, the Great Dark Horde, the Dorsai Irregulars, and Thieves’ World® continue to this day.

“Thieves' World was a signal event in fantasy history ... hailed by fans and other professionals alike for their unique approach to the storyteller's craft and its rich legacy of first-rate story.” ―Raymond E. Feist, New York Times bestselling author --This text refers to an out of print or unavailable edition of this title.

4.5 out of 5 stars
4.5 out of 5
100 global ratings
How are ratings calculated?
To calculate the overall star rating and percentage breakdown by star, we don’t use a simple average. Instead, our system considers things like how recent a review is and if the reviewer bought the item on Amazon. It also analyzes reviews to verify trustworthiness.
Top reviews

Kindle Customer
5.0 out of 5 stars It's back !
Reviewed in the United States on August 13, 2020
Verified Purchase
After years of legal wrangling Thieves World is back and just as enjoyable 30 something years later. For the old guard with their tattered paperbacks, a new format to enjoy anywhere.. For the New readers just discovering the series, I envy you. Enjoy some of the best fantasy stories on record and whatever you do, don't cross one thumb!
Read more
8 people found this helpful
Helpful
Report abuse

J. Sexton
VINE VOICE
5.0 out of 5 stars Great Shared World Anthology
Reviewed in the United States on September 2, 2020
Verified Purchase
This short story collection has the following stories:
"Sentences of Death" by John Brunner;
"The Face of Chaos" by Lynn Abbey;
"The Gate of the Flying Knives" by Poul Anderson;
"Shadowspawn" by Andrew Offutt;
"The Price of Doing Business" by Robert Lynn Asprin;
"Blood Brothers" by Joe Haldeman;
"Myrtis" by Christine DeWees; and
"The Secret of the Blue Star" by Marion Zimmer Bradley.

There's also an essay about the creation of the book.

This collection is one that I had fond memories of. It was really the pioneering work for shared world building and eventually spawned a published RPG setting which I cheerfully used. Even my players loved playing in that world. Would the book hold up to my memories?

It did! Some stories I loved more than others. Poul Anderson, Andrew Offutt, Christine DeWees, and Marion Zimmer Bradley wrote my favorites. The setting was just as rich as I remembered with plenty of unsavory characters running around, along with some that have a touch of inner nobility.

The only downside is the scanning was less than perfect. Sometimes I struggled to decide what word they were aiming for. But this is a case where I am so glad to have the book again that I will overlook the ebook's flaws.

If you are a fan of fantasy short stories, this book should be on your "read now" list. If you are into RPGs, this book can fan the creative ideas you have. I highly recommend it.
Read more
3 people found this helpful
Helpful
Report abuse

Alice Whitehall
4.0 out of 5 stars Stories are great but
Reviewed in the United States on May 17, 2020
Verified Purchase
Stories are great and a good variety. But the editing leaves a lot of typos and the are very distracting
Read more
2 people found this helpful
Helpful
Report abuse

Amazon Customer
5.0 out of 5 stars These are great
Reviewed in the United States on May 21, 2020
Verified Purchase
These are a great series! I’ve read them several times in my 20’s, 30’s and 60’s.
Before kindle I was not able to find the whole series.

I’ll check back with in my 80’s.
Read more
One person found this helpful
Helpful
Report abuse

examiner
5.0 out of 5 stars An Anthology of Exceptionally Skilled Fantasy Writers
Reviewed in the United States on June 20, 2015
Verified Purchase
I have only recently begun to read fantasy, and some of it seems to feature disappointing writing style and unimaginative, disjointed plots.

"Thieves' World: First Blood" is a happy exception. The book features a storyline continuum, with the individual chapters written by exceptionally skilled writers who are very inventive and very literate. They have written a compilation of adult fantasy at its best.
Read more
4 people found this helpful
Helpful
Report abuse

patty1955
4.0 out of 5 stars 5 stars, minus one for formatting (Kindle version)
Reviewed in the United States on April 11, 2012
Verified Purchase
These books are just as good as I remember them to be. Interesting, exciting and well written. However, with all the money the publisher must be saving on eBooks, you would think they could hire a good proof-reader.

Example: Page 261, "What is it?" she said, trying to keep her teeth from chattering. be here. Good? That will put some stiffening in our backbone, heat our livers. Let's go now."

I have no idea what's missing, it looks like a couple of sentences. I can still follow the story, but it's distracting. And that's the third time I've found something like that in this one book. Not to mention the smaller error that seem to be inherent in eBooks.
Please, publishers, hire someone to proof-read your books!
Read more
29 people found this helpful
Helpful
Report abuse

Kindle Customer
5.0 out of 5 stars Reasonable price (2 books), Dark and gritty fantasy
Reviewed in the United States on March 14, 2012
Verified Purchase
This item is two anthologies combined into one. The setting for the books is city of Sanctuary. A sanctuary for murders, thieve's, outcasts, and wizards. Each author incorporates supporting characters(s) from another author. In some cases they present different points of view for an incident. In order to survive, certain consessions must be made with ideals or ethics. In most case, there's the main character in the book is an unlikely hero.

This is an introduction into the world of Sanctuary. There exists some incosistencies, but they aren't unreasonable when taken in context as a different point of view for an event. Even in real life, several people may see an event and give different accounts. There are no paragons of virtue in Thieve's World.
Read more
6 people found this helpful
Helpful
Report abuse

Rotten Roger
4.0 out of 5 stars A good begining
Reviewed in the United States on August 18, 2021
Verified Purchase
Has some nice stories and it for the dark and gloomy reader.
Read more
Helpful
Report abuse
See all reviews

J. Bethell
5.0 out of 5 stars Good to see these volumes back in print
Reviewed in the United Kingdom on June 16, 2015
Verified Purchase
A nostalgic trip. The first two boks of the Thieves World series in one volume.
Read more
One person found this helpful
Report abuse

Andy Cal
1.0 out of 5 stars BEWARE!!!!
Reviewed in the United Kingdom on March 11, 2011
Verified Purchase
BEWARE!!! This is not a new or different Thieves World story - it is simply a combination of the first two anthologies Thieves World and Tales from the Vulgar Unicorn
Read more
4 people found this helpful
Report abuse
See all reviews