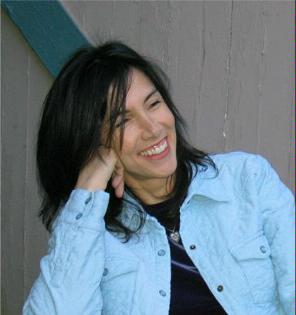 "What a great read! This memoir told in lists is something I can totally relate to. In real life, our days aren't filled with prose -- they are fits and starts shared with reflection and angst. Rizzo portrays this and tells her story beautifully. A perfect gift book!" --Margie Scott Tucker, Books, Inc., San Fransisco, CA -- Book Sense Pick for Best of October 2006

KAREN RIZZOs essays and stories have been featured in The Los Angeles Times, Salon, Living Fit, Fit Pregnancy, and two anthologies of womens humor published by Random House. Her plays and performance pieces have been seen at New Yorks Ensemble Studio Theater, Playwrights Horizons, and Samuel Beckett Theater, and ARCADE in Los Angeles.

Matriarch
5.0 out of 5 stars that rare combination of witty and profound
Reviewed in the United States on October 24, 2006
Verified Purchase
Karen Rizzo finds a way to say so much with few words. The writing is lean and elegant, yet so rich. Her story speaks to the experiences of so many people of my age; growing up, trying to find our way in life, making some great choices and some what-was-I-thinking choices, asking the tough questions and sometimes regretting the questions we didn't get to ask, finally realizing that the richness of life is in the details. I sometimes felt I was reliving my own life with this book. By the end, I really felt I knew these people in her life. Her writing is spot-on real and humorous; if one of Marian Keyes' characters wrote a memoir, this might be it. I actually laughed aloud at some parts. Rizzo's descriptions of taking care of her parents brought back so many memories, both happy and poignant for me. This is the perfect book to own, to give and most of all to share with those you care about.
Read more
2 people found this helpful
Helpful
Report abuse

Kathy Briccetti (author of BLOOD STRANGERS: a memoir)
5.0 out of 5 stars Unique Memoir
Reviewed in the United States on June 15, 2014
Verified Purchase
This is a memoir in (expanded) lists, and it works! The narrator tells a moving story with a strong reflective voice. A quick read that I'll come back to (and will use in teaching creative writing).
Read more
Helpful
Report abuse

Maureen Pinsonnault
5.0 out of 5 stars Bring it on!
Reviewed in the United States on October 4, 2006
I confess I read this entire book in one gluttonous sitting. In a clever, funny and totally original format, Karen Rizzo gives us her thoughts, ideas and observations of life through a series of lists she has saved from childhood - February, 1972 - favorite person - mom, through her struggles as a starving artist in New York- September, 1985 -I want: to not sit next to someone chanting "Nam-mycho-renge-kyo" on the A train; through romance and marriage to an outdoors boy who September, 1990 - "had neighbors who killed their own food." And finally onto that long and winding road of motherhood, i.e, March 1998 - buy bumper for crib [and what is that again?] and everything in between. Along the way she struggles with the death of her feisty mother - "rest shmest" and her gentle father, realizing that December, 1985 - my parents are still in love. Things to Bring, S#!t to do manages to be poignant and touching, dry and witty, all at the same time. A must read for women who have struggled with fear, anxiety, death, marriage, worry, children, work, and LIFE.
Read more
One person found this helpful
Helpful
Report abuse

TWM
5.0 out of 5 stars For the list-maker in all of us...
Reviewed in the United States on January 19, 2007
...or the journaler, or the parent, or the child, or - you can see where this is going! As a list-maker myself I found this book to be comforting, but its insights would be available to anyone. Following Karen on her path from childhood through motherhood in bits, here and there, was an amazing experience. I wasn't so sure about the book when I received it as a gift - a book of lists? are you trying to mock me? - but it was a heartwarming journey through which I (along with other reviewers!) laughed and cried.
Read more
One person found this helpful
Helpful
Report abuse

K. Wade
4.0 out of 5 stars A Life Through Lists
Reviewed in the United States on June 6, 2007
As a cronic list writer, I can relate to this woman. I was able to see Karen Rizzo's life change, grow, stumble and reinvent itself. What a treat. Laced with sadness and great joy, this humourous book is well worth the read! I really liked it!!!
Read more
Helpful
Report abuse

Jordan Roberts
5.0 out of 5 stars What a joy!
Reviewed in the United States on October 6, 2006
And not a shallow joy. But a deep, hearty and finally very moving one. This book snatches you up at once with its originality, carriest you along with its confident and overflowing wit, and finally deposits you, before you know it, into that rare and wonderful place where, for a while, you will see, feel and hear a bit differently. It is a lovely portrait of life, and not just Ms. Rizzo's. The writer is an unusual mix: Half poet, half stand-up comedian. She doesn't just know her way around our funny bones... She knows how to get into and out of our hearts as well. This is a treasure. Really...
Read more
Helpful
Report abuse

Craig Schiefelbein
5.0 out of 5 stars I didn't put it down...read it in one sitting!
Reviewed in the United States on March 24, 2007
What a pleasant surprise! I feel like I know Karen better than many lifetime friends and I really dig her! Don't tell Vince the Mechanic:)
Read more
Helpful
Report abuse

Boa Parley
4.0 out of 5 stars I laughed I cried... better than "A remeberance of things past"
Reviewed in the United States on October 18, 2006
It sounds cheesy to say but this "little" pink book made me laugh (a lot!) and cry (a little... in a cathartic way). Any modern person can relate to the ups and downs, births + deaths the author experiences. GIVE THIS BOOK TO SOMEONE YOU LOVE!!!! It's the perfect gift for a bridal or baby shower. After I read it on my mothers recommendation I got a copy for my dearest auntie when she was in the hospital. We really enjoyed talking about it together and comparing the authors experiences to our own. Now I'm buying a copy for a dear friend who's relocated to remind him that where ever you are on lifes journey you can learn and grow while still remaining true to yourself.
Read more
Helpful
Report abuse
See all reviews