You've subscribed to The Things Our Fathers Saw! We will preorder your items within 24 hours of when they become available. When new books are released, we'll charge your default payment method for the lowest price available during the pre-order period.
Update your device or payment method, cancel individual pre-orders or your subscription at
Your Memberships & Subscriptions
There was an error. We were unable to process your subscription due to an error. Please refresh and try again. 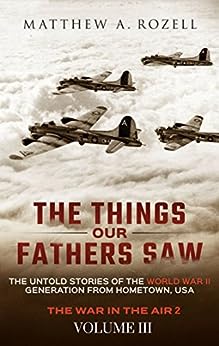 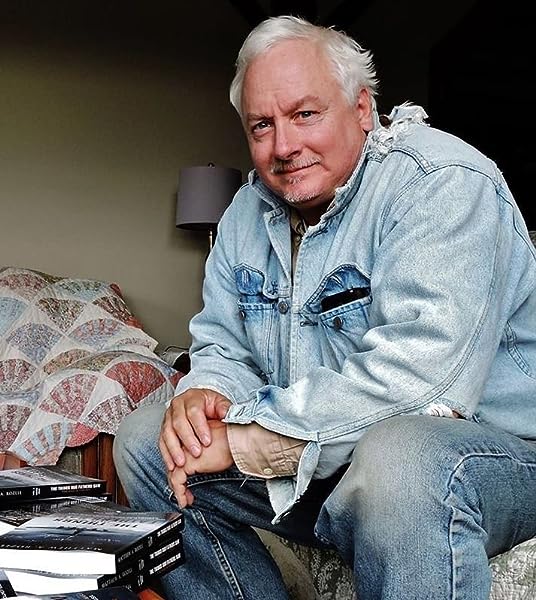 The Things Our Fathers Saw—The Untold Stories of the World War II Generation-Volume III: War in the Air—Combat, Captivity, and Reunion Kindle Edition 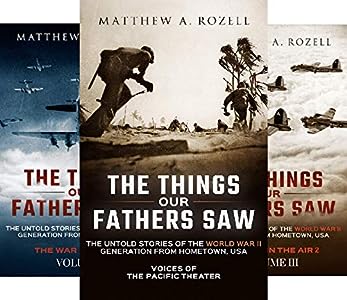 A selection of series comments left by Amazon reviewers:
"A must-read in every high school in America. It is a very poignant look back at our greatest generation; maybe it will inspire the next one."

I don't know how to explain the feeling of sitting down and going back to re-listen to and edit these conversations, which in many cases took place years ago. As the writer/historian you spend days if not weeks with each individual, researching their stories, getting under their skin. You really have the feeling that you are doing a kind of cosmic CPR,taking their original words and breathing new life in a readable format that places readers at the kitchen table with that person who had something important to say. The reader shares the intimate moments with them as he/she gets absorbed in a real story being told. As an interviewer it happened many times to me directly with our World War II veterans, in living rooms, kitchens and dining rooms all over 'Hometown USA', in the classroom, and at reunion'hospitality rooms' and hotel breakfast tables across America.
But memories are short. A World War II memoirist once wrote, 'Ignorance and apathy are the greatest dangers to freedom.' I agree, but as a lifelong history teacher, I contend that it begins with people simply not being exposed to the history to begin with. For how could one not be drawn into these stories, the human drama, the interaction and the emotion that goes into putting an ideal first? After sitting at their table, how could you not give weight to what they have seen, and where they think we are going, as a people, as a nation? I saw this spark kindled time and again in my classroom, when we got to hear from real people who had a front row seat, who acted in the greatest drama in the history of the world.
Perhaps now I ramble. Now it is better to have them tell you themselves, about the world they grew up in, the challenges and obstacles placed on life's course, and how a generation of Americans not only rose to the challenge, but built the country and the freedoms that we enjoy today. They truly saved the world. Be inspired. Share their stories; give them voice. Lest we forget.

MATTHEW ROZELL is an award-winning history teacher, author, blogger and speaker. He has been featured as the ABC World News 'Person of the Week' and has had his work filmed for CBS News, NBC Learn, the Israeli Broadcast Authority, the New York State United Teachers, and the United States Holocaust Memorial Museum. Most recently, he is the recipient of the New York State Education Department's Yavner Teaching Award for Distinguished Contributions to Teaching the Holocaust and Human Rights. Visit his blog at TeachingHistoryMatters.com.
Read more

4.8 out of 5 stars
4.8 out of 5
340 global ratings
How are ratings calculated?
To calculate the overall star rating and percentage breakdown by star, we don’t use a simple average. Instead, our system considers things like how recent a review is and if the reviewer bought the item on Amazon. It also analyzes reviews to verify trustworthiness.
Top reviews

Barry
5.0 out of 5 stars WWll
Reviewed in the United States on August 29, 2018
Verified Purchase
Even us Kids were in it.How proud & lucky we were with the SCRAP DRIVES. The first I remember was the lead drive & I donated all my lead soldiers,threw them in the back of the collection truck parked in front of the movie & was permitted to go to the show free.This book tells what the grown ups were doing to win that War.What an adventure with the whole nation’s focus was Victory.Give a cheer & shed a tear as you read what many of our heroes gave to this gargantuan effort.If this book doesn’t “choke you up”with the selfless heroism,you must have fell asleep.Standby for a great read.
Read more
2 people found this helpful
Helpful
Report abuse

Paulette p
5.0 out of 5 stars Don't ever forget what these men did to keep us a safe and free country!!!!!
Reviewed in the United States on July 17, 2019
Verified Purchase
Don.t think you can ever forget what these boys ( came home men ) did for you and me and everyone else, for your freedom. Don't ever let the history books stop remembering what every service man did for you. I have read different books by different authors , about what they gave of themselves, just because they loved there country. Please take the time to read ,books about the different wars that both men and woman , many did give their lives, but it was done so you can do what you want , every day of your life. Let's never forget what all those men and women did for us, so you can do everything you enjoy now IT"S CALLED FREEDOM !!!!!!!
Read more
2 people found this helpful
Helpful
Report abuse

Major T
3.0 out of 5 stars Old WW2 Veterans Relate Memories of the Air War
Reviewed in the United States on October 12, 2019
Verified Purchase
Interesting effort to transcribe the war stories of ww2 vets. This volume deals with the air war over Europe and mostly bomber action. The book becomes very tedious because the old veterans ramble on as they relate old memories. Charming in a way but frustrating too as you want to get to the point. I am glad these stories have been captured for posterity, a great resource for historians and students. What it lacks in readability is made up with authenticity.
Read more
Helpful
Report abuse

Becky
5.0 out of 5 stars Husband loves the series
Reviewed in the United States on January 19, 2021
Verified Purchase
This series is a good one, I got the first one for my husband who ate it up then spread the word to a reading friend.
For Christmas I gave him the rest, he loves them. Surprisingly there’s laughter. I’m eager to get into them myself.
Read more
One person found this helpful
Helpful
Report abuse

Mary Thorsten
5.0 out of 5 stars WWII First Hand
Reviewed in the United States on October 4, 2019
Verified Purchase
How can you NOT give this book a Five Star rating? In their own words, the off the cuff experiences of those who sacrificed so much to give us the country/world we have today. Another outstanding book.
I would also like to see...The Things Our Mothers Saw....over 350,000 women served during WWII and it is high time we give them their due!
Read more
Helpful
Report abuse

Dr.Z
5.0 out of 5 stars Another First-Person Account.
Reviewed in the United States on March 23, 2019
Verified Purchase
Once again, the memories of the young men who placed their lives on the line, saw friend and brothers in arms fight and die for an ideal- the preservation of our freedoms and democracy, is wonderfully told. Another book is to be read, with further history of WWII, told in the first person. The lessons learned are slowly being forgotten, and they must not be. These stories help to preserve them. Read them.
Read more
One person found this helpful
Helpful
Report abuse

Stephen
5.0 out of 5 stars Matt Rozell has the readers interest at heart when he writes
Reviewed in the United States on May 3, 2019
Verified Purchase
I am convinced there is no such thing as a poor book from Matt Rozell. My only regret is he was not my kids high school teacher in the 80’s and 90’s. His delivery, research, ability to draw stories out from people and inspired research by his students for this information is phenomenal. As an Air Museum volunteer at a museum whose WW2 aircraft fly, I really appreciate him recognizing and sharing the “Greatest Generation”
Read more
One person found this helpful
Helpful
Report abuse

Amazon Customer
5.0 out of 5 stars Great read!
Reviewed in the United States on February 20, 2021
Verified Purchase
Great book. Really good read, the author brings these heros to life. He is doing great work and sharing the stories of those brave soldiers into his classroom. He is keeping their stories alive and doing it well. I recommend this book to everyone.
Read more
Helpful
Report abuse
See all reviews