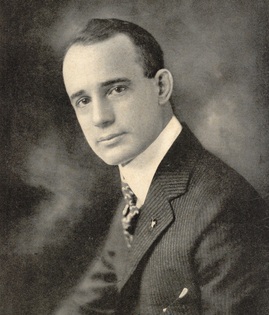 Think and Grow Rich: The Original, an Official Publication of The Napoleon Hill Foundation Hardcover – December 13, 2016

As Executive Director of the Napoleon Hill Foundation, I receive many requests from people wanting the original 1937 copy of Think and Grow Rich. To satisfy those of you who desire to have a 1937 unedited copy, we have reproduced Napoleon Hill’s personal copy of the first edition, printed in March of 1937 here. This personal copy of Dr. Hill’s was given to me by Dr. Charles W. Johnson, Chairman of the Napoleon Hill Foundation and a nephew of Napoleon Hill. It was Napoleon Hill who sent Dr. Johnson to medical school, and today he is a practicing cardiologist. Charlie refers to Napoleon Hill as 'Uncle Nap' and often says, 'Uncle Nap would be proud of the Foundation today.' The original 1937 manuscript was written and edited with the assistance of Napoleon’s wife.

Today there are many so called authors who publish Think and Grow Rich and some even add their name alongside Dr. Hill’s. I believe that these 'authors' should be able to write something themselves instead of merely copying the work of Napoleon Hill. Who do they think they are kidding? Dr. Hill’s works are highly recognizable and have had long lasting influence worldwide. In fact, Think and Grow Rich sells more copies today than before Dr. Hill died in 1970. Now you can purchase this original Foundation authorized 1937 unedited copy of Think and Grow Rich with confidence you are getting the original message as communicated only by Dr. Hill and you will be supporting the nonprofit Napoleon Hill Foundation.

Napoleon Hill, then a young special investigator for a nationally known business magazine, was sent to interview Andrew Carnegie. During that interview Carnegie slyly dropped a hint of a certain master power he used; a magic law of the human mind—a little known psychological principle—which was amazing in its power.

Carnegie suggested to Hill that upon that principle he could build the philosophy of all personal success—whether it be measured in terms of Money, Power, Position, Prestige, Influence, Accumulation of Wealth.

That part of the interview never went into Hill’s magazine. But it did launch the young author upon over twenty years of research. And today we open to YOU the discovery and methods of using the revolutionary force which Carnegie quietly hinted at.

If you follow this plan persistently you will be almost certain to uncover and appropriate the secret formula by which Andrew Carnegie acquired his huge fortune, as referred to in the author’s introduction.

Be Prepared, When You Expose Yourself to the Influence of This Philosophy, to Experience Life Change

Based on Andrew Carnegie's formula for Money-Making

A blue print for Success, 13 proven steps to riches

A Textbook on Individual Achievement

The thirteen steps to riches described in this book offer the shortest dependable philosophy of individual achievement ever presented for the benefit of the man or woman who is searching for a definite goal in life.

Achieve what you want be it money, fame, power, contentment, personality, peace of mind, happiness

"I read it every two or three years to keep my drive going."

Think and Grow Rich: The Legacy will be a feature length docudrama film chronicling the story of some of today’s most renowned entrepreneurs, cultural icons and thought leaders. This feature length film will tell their inspirational stories and how they ultimately achieved their success.

Interwoven with dramatic vignettes, the movie will bring to life classic inspirational stories from Think and Grow Rich.

THINK will unlock the eminent significance behind the secret of Think and Grow Rich, revealing the global impact the book has created and serve as a continued legacy.

Think and Grow Rich Has Emerged as

One of the Most Read Self-Help Books of All Time

Remember, too, as you go through the book, that it deals with facts and not with fiction, its purpose being to convey a great universal truth through which all who are ready may learn, not only what to do, but also how to do It. You will receive, as well, the needed stimulus to make a start.

As a final word of preparation, before you begin the first chapter, may I offer one brief suggestion which may provide a clue by which the Carnegie secret may be recognized? It is this—all achievement, all earned riches, have their beginning in an Idea! If you are ready for the secret, you already possess one half of it, therefore, you will readily recognize the other half the moment it reaches your mind.

I read it every two or three years to keep my drive going.
- Daymond John, Founder and CEO of FUBU apparel and Co-Star of ABC TV's Shark Tank

Think and Grow Rich contains the ideas, the definitions, and the clarifications that provide the ANSWERS. Hill describes it as the roadmap to riches. I'm telling you, it's the most important success thinking you'll ever be exposed to - as long as your repeat it until it becomes your reality. - --Geoffrey Gitomer

I was introduced to Think and Grow Rich! as a high school student. It gave me a new lease on life when I released I could do anything if I had the desire and believed I could achieve my goals.
- S. Truett Cathy, Founder, Chairman and CEO of Chick-fil-A, Inc.

This is the best single book on personal success ever written; it made me a millionaire -- starting from nothing.
- Brian Tracy, New York Times Bestselling Author

It's the classic of all classics. - --Harvey Mackey, Author of the #1 New York Times: Bestseller, Swim with the Sharks without Being Eaten Alive

Napoleon Hill was born in 1883 in a one-room cabin on the Pound River in Wise County, Virginia. He began his writing career at age 13 as a 'mountain reporter' for small town newspapers and went on to become America's most beloved motivational author. Hill passed away in November 1970 after a long and successful career writing, teaching, and lecturing about the principles of success. Dr. Hill's work stands as a monument to individual achievement and is the cornerstone of modern motivation. His book, Think and Grow Rich, is the all-time bestseller in the field. Hill established the Foundation as a nonprofit educational institution whose mission is to perpetuate his philosophy of leadership, self-motivation, and individual achievement. His books, audio cassettes, videotapes, and other motivational products are made available to you as a service of the Foundation so that you may build your own library of personal achievement materials...and help you acquire financial wealth and the true riches of life.

Page 1 of 1 Start overPage 1 of 1
This shopping feature will continue to load items when the Enter key is pressed. In order to navigate out of this carousel please use your heading shortcut key to navigate to the next or previous heading.
Back
Next
Pages with related products. See and discover other items: green hills