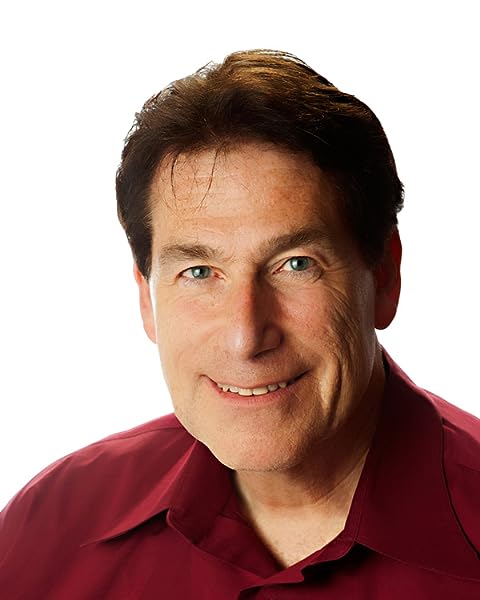 Jerry Waxler M.S. inspires people to find their most compelling and authentic stories. His book "Memoir Revolution" explains how and why to follow this ancient method of healing through sharing. His self-help book "How to Become a Heroic Writer" offers tools to overcome blocks and join the revolution.
Start reading on your Kindle in under a minute.

Jasmyne
5.0 out of 5 stars A WONDERFUL AND ENGAGING STORY
Reviewed in the United States on April 3, 2016
Verified Purchase
I’m delighted to have read this book. It was recommended to me as model of a memoir book. My question about memoir writing in general was not answered, but I discovered something better. A WONDERFUL AND ENGAGING STORY. In addition, I love books which lead to exposure of new things. For me a couple of examples from this book would be: Nina Simone’s Pirate Jenny, and William Wordsworth’s Ode Intimations of Immortality from Recollections of Early Childhood; and other points which added to the depth of Jerry Waxler’s story.

I imagine many baby-boomers will understand, and possibly connect with a bulk of the story’s period (1960’s – mid 1970’s). Although I am from Generation X, I found this memoir relatable because it addresses the timeless theme regarding an individual’s path to self-discovery; and what has even been coined as “the hero’s journey” (although I don’t believe the modest author, would necessarily agree with the last part of my comment). Also, I appreciated the universal spirituality mentioned without being “preachy,” or seeking to convert; but expanded the meaning of the author’s story. Well done!

Diane Kulkarni
5.0 out of 5 stars Worth reading
Reviewed in the United States on May 11, 2019
Verified Purchase
The author’s writing style brought me into his story from the first lines.
Read more
Helpful
Comment Report abuse

Kindle Customer
5.0 out of 5 stars A Marvelous Memoir
Reviewed in the United States on February 6, 2016
Verified Purchase
I really enjoyed the story of Jerry Waxler's search for meaning in his life. I could relate to it even though I was living in an entirely different world at the time. While he was searching for himself in college I was getting married and having two children. I thought I knew exactly who I was back then but life gave me some twists and turns also. Now in my seventies I find myself searching for new directions for the last leg of my journey through life. I felt connected to the author and anxiously awaited what would happen next because his story was told simply and honestly. What made it even more interesting for me is that I have met Jerry at several writing conferences and have attended a few of his workshops on writing memoirs. He was so easy to talk to I find it hard to believe he once had trouble making friends and was a loner. Although I have been dragging my feet in writing my memoir about caring for my father when he was ill, reading Jerry's book has inspired me to get back to work on it and just tell my story.
Read more
2 people found this helpful
Helpful
Comment Report abuse

Fran Macilvey
5.0 out of 5 stars 'Thinking My Way to the End of the World' - by Jerry Waxler
Reviewed in the United States on February 22, 2017
I was sent Jerry’s book to review – thank you! – and have read it with great interest. So many aspects of Jerry’s journey – his youthful search, his almost obsessive quest for answers, and, ultimately, for any peace of mind – resonated with me. As Jerry writes (at page 144)

“All this time I(d) been looking to science for answers, and despite all my intense efforts to understand the material world, my reason for living ha(d) been draining away. I’m so glad I found this (answer to my prayers).”

And by the time I got to that point in his story, I was so glad he was finding answers in his spiritual quest too! I heaved a small sigh of relief that this young, earnest, and very clever man had discovered some prospect at last, of his very own happy ending, fresh hope at the end of a long, dispiriting trail. I was glad to witness the start of a new path for him.

I would have liked to learn more about why Jerry had ever felt such keyed-up angst in what appeared to be a fairly conventional Jewish up-bringing, and where, perhaps, his particular fears originated. It is true that, as a member of an ethnically distinct group that has been subject to much more than its fair share of persecution, Jerry’s particular worries were understandable; yet not all individuals who are in group that habitually sees itself as persecuted end up in such a state of chronic anxiety and depression.

Perhaps, in a later volume of his autobiographical adventures Jerry might enlighten us. This first volume details the author’s journey from youth until the age of about thirty-five, and it would be very interesting to catch up with his progress in the intervening years. Times change, and I’m sure he has changed too, and learned a great deal since his youth.

This is a well-written, insightful and very sincere look at the particular challenges facing young people in the 1960’s America, which contained many unexpected parallels with my own experiences. An interesting read.