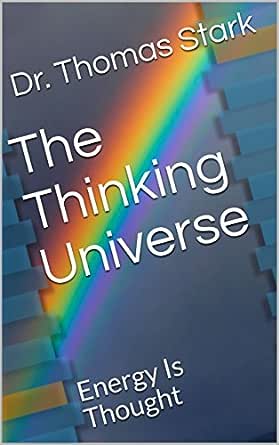 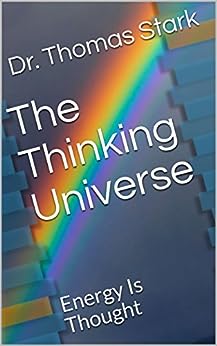 4.8 out of 5 stars
4.8 out of 5
6 customer ratings
How does Amazon calculate star ratings?
Amazon calculates a product’s star ratings based on a machine learned model instead of a raw data average. The model takes into account factors including the age of a rating, whether the ratings are from verified purchasers, and factors that establish reviewer trustworthiness.
Top Reviews

Sam Morson
5.0 out of 5 stars The Energy of the Mind is the Essence of Life
Reviewed in the United States on June 29, 2020
Verified Purchase
What's the most unlikely thought ever to cross the average person's mind? It's that energy is thought! Extrapolating how thoughts equate to energy, waves, and numbers, this book radically changes everything you ever thought of. With thoughts inserted into the scientific equations, we have a purposeful world that isn't a sterile, dead machine world but a living cosmic organism of thought, and we are all part of life's divine equation to optimally solve itself.

Properly interpreting scientific materialism through the lens of scientific idealism, all the inconsistencies and contradictions vanish. Science can't explain the meaningful questions of life because it uses empirical materialism rather than rational idealism. Science declares our universe as unintelligible matter - "stuff" that has never been comprehensively defined. This book dispenses with the nebulous materialist notion of matter, revealing it to be nothing other than alienated mind, a product of collective thoughts. The questions of life, mind, consciousness, meaning, purpose, is all understood to be a vast dialectical journey of mind becoming more clear, more rational, reaching zero-entropy, as the world of matter gives way to the world of mind.

Hegel said, the rational is real, and the real is rational. The divine spark of reason, which is ontologically mathematics, is within us all. It's our only organ of truth to grasp reality once and for all. And what a wonderful thought that is.
Read more
Helpful
Comment Report abuse

R K
5.0 out of 5 stars Addendum to the Final Theory of Everything
Reviewed in the United States on January 2, 2018
Verified Purchase
This is a continuation of the epic God Series by Mike Hockney. It further explains and clarifies Ontological Mathematics, the final theory of everything. Read the God Series first, then read the Truth Series by Thomas Stark. Do the math. Become perfect. Do not live a life of regret.
Read more
One person found this helpful
Helpful
Comment Report abuse

Brad Gumm
5.0 out of 5 stars Mathematics Is TRUTH
Reviewed in the United States on October 27, 2017
Verified Purchase
Energy. This is a word that gets thrown around constantly by certain human beings who like to pretend that they understand how the universe works, but can any of these people define what energy actually is?

So, this means that anyone who likes to talk about "energy" and its relation to "the universe" MUST be able to define both "energy" and "the universe" 100% mathematically. If these people who claim to know how the universe works can't give their adherents and the general public precise mathematical definitions for all of their theories pertaining to the origins of humanity and the universe, then they have proven themselves to be nothing more than ridiculous frauds and charlatans who are just talking out of their butts so that they can dupe credulous people into following them.

Both empirical scientific materialists (i.e. our contemporary, mainstream, popular scientists who all happily work within the entrenched scientific materialist establishment) and Mythos religious types (i.e. worshipers of Eastern, Western, and New Age story time religions) blabber on and on about "energy", yet, if you ask any of these people to give you a precise, mathematical definition of what energy actually is, they will ALL stare at you blankly. None of them will be able to answer you for the simple reason that none of them have the slightest clue about the Truth of energy. So why do any of us listen to any of these people?

Though one might naturally and naively think otherwise, mainstream science and Mythos religions care nothing for the Truth of reality, they simply aren't interested in it. They have proved their disregard for the Truth over and over again via their refusal to use precise, complete, and consistent mathematical definitions for the things they say about reality.

What the leaders of scientific materialism and Mythos religion are truly interested in is the same thing that they have always been interested in, namely: peddling lies and fabrications to the gullible masses of humanity in an effort to gain more power, status, wealth, and control over human beings for themselves and for their preferred institutions (whether religious or scientific). These people are all only interested in themselves. They couldn't care less about the Truth of the universe or the fate of the people of this planet. They are only interested in their own well being and the well being of their chosen little cliques. All of these scientific materialist leaders and religious leaders are frauds and charlatans of the highest caliber. They all are only interested in gaining more and more money, prestige, status, power and control over humanity and the planet.

If the leaders of scientific materialism and Mythos religion were truly interested in the Truth, as they all invariably claim to be, then they would admit their extreme lack of knowledge about what is actually transpiring in the universe to all of their gullible followers, and they would tell them all to go out and become ontological mathematicians, because only ontological mathematics can give the actual Truth of the universe to humanity. But alas, none of these confidence men and women ever do this, and the fact that they don't do this should tell you all that you need to know about them. The leaders of Mythos religion and contemporary science just keep unabashedly leading credulous human beings on and on because having a large flock of unquestioning, unthinking worshippers behind them brings them more of what they desire the most: money, status, prestige, power, and control.

The book you are looking at right now is called "The Thinking Universe: Energy Is Thought", and it is the third book in Stark's groundbreaking and mind opening "Truth Series" of books. Within this book you will find the precise, ontological mathematical definition of energy. Upon learning the Truth of energy, you will also learn the Truth of your mind, your life, the universe, and everything in it. "The Truth Series" by Dr. Thomas Stark is THAT powerful. Ontological mathematics is THAT powerful.

So, pick up your first book in either "The God Series" or "The Truth Series" today and prepare to learn everything there is to know about True, ontological mathematical REALITY. Let's become ontological mathematicians together and at long last put an end to ALL of the frauds, charlatans, and confidence men and women who have been leading humanity down the path of irrationality and endarkenment throughout our entire history. Let's work together to bring about the end of our old world order of storytellers, myth makers, fabricators, equivocators, prevaricators, liars, charlatans, and frauds. Let's work together to create a New World Order of Truth, reason, logic, mathematics, critical thinking, clear thinking, sane thinking, autonomous thinking, intelligence, wisdom, merit, talent, compassion, tolerance, altruism, and equal opportunity for all human beings.

MP
5.0 out of 5 stars Energy is Thought and Numbers rule all !
Reviewed in Canada on April 4, 2018
Verified Purchase
Riddle riddle.

What is the difference between existence and non-existence ?

Energy is motion expressed as mathematical flowing point moving around Euler circles of all possible radius.
From 0 to Infinity. The Monad of monads. The Thinking Universe.